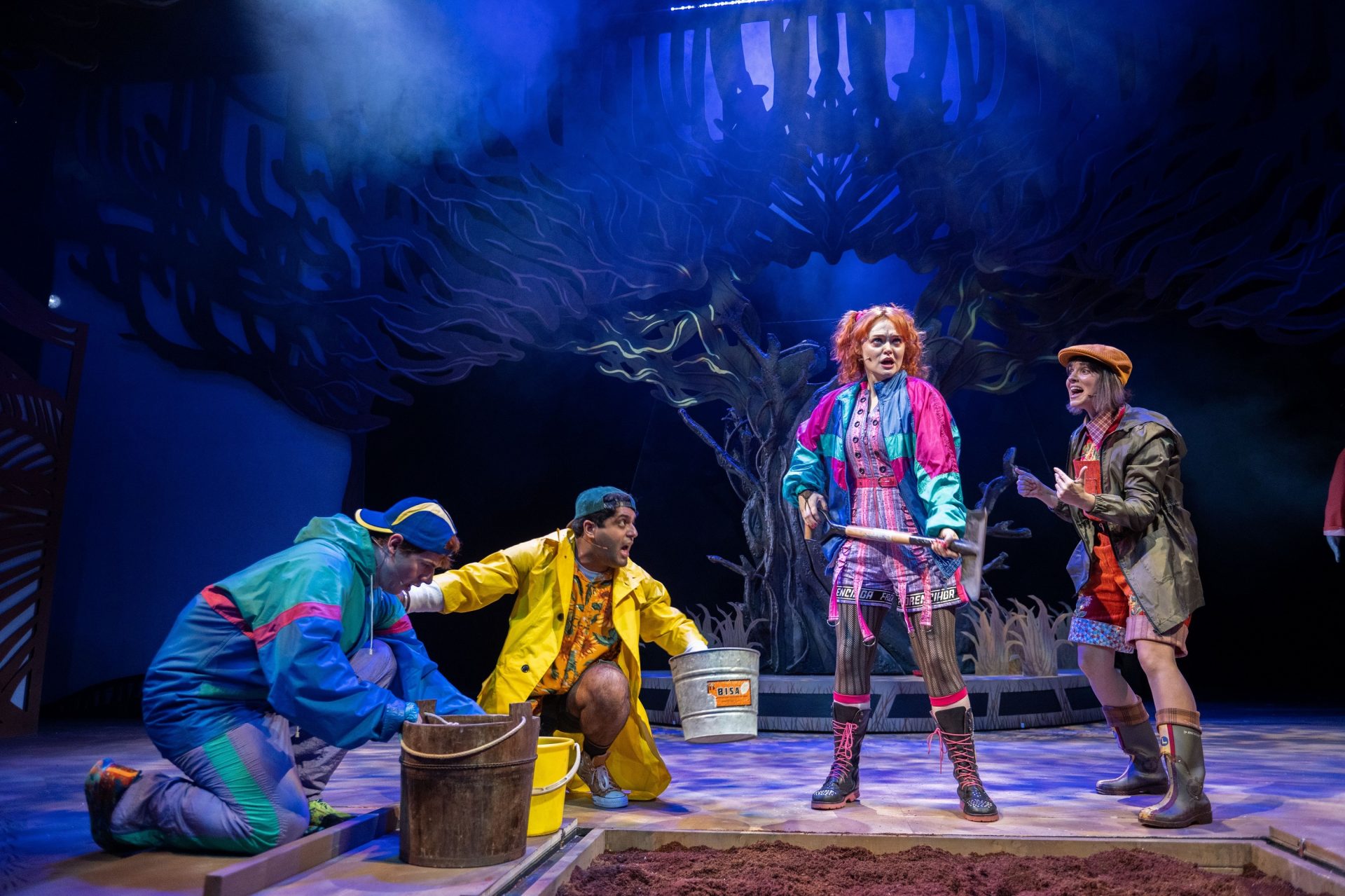 the staging of the show is exquisite

Cinderella at Dundee Rep is a fresh, fun, and unique retelling of the classic fairytale. Featuring influencers, eco issues, and a complex, empowered heroine, it manages to blend a sense of grounded and interesting storytelling with dazzling magic and laughter.

The classic story has been expertly reworked by writer Lynda Radley. Her Cinderella is a strong individual with many lessons to learn about taking time off and understanding the importance of letting others in and listening to differing opinions. There is a real sense of development and change in the title character, which is both refreshing and adds a lot of depth to what could easily be — and has been in the past — a one-dimensional protagonist. The story is fast-paced, with the modern setting and focus on fighting injustice leading to a surprising and unique take on a well-trod story.

This retelling of Cinderella manages to successfully walk the difficult line between appealing to children and adults— and pulls it off excellently. The cast are brilliant at combining exaggerated facial expressions and delivering jokes in a way that leaves the entire audience feeling included.

Hannah Visocchi is utterly charming as Ella: with a gorgeous, rich vocal performance and consistently high energy, she dazzles and delivers a believable, funny, and heartfelt performance. Adam Greene as Laurence and Leah Byrne as Florence deliver hilarious comedic performances. Whether they are performing their own songs or are part of a larger scene, they consistently capture the audience’s attention with their charisma. They fully embody the characters, bouncing off one another and filling the stage with their hysterical, personality-filled characters.

The cast are woven into every aspect of the show, playing multiple roles as well as instruments when not onstage. The inclusion of a saxophone, cello, and violin among others is skillfully done and the musical and acting talent of the cast is staggering.

Production-wise, the staging of the show is exquisite. With sumptuous rustic sets designed by Kenneth MacLeod, we are treated to a highly-stylised and visually fascinating world. The autumnal palette of rich browns, reds, and oranges paired with the intricate detailing of the cut-out sets perfectly complements the tone of the show. The inclusion of the hand puppets during some of the musical numbers adds a sense of glee and playfulness and was yet another brilliant surprise offered by this piece of theatre.

From the quirky, brilliantly presented costumes to the well-placed and beautifully composed music numbers, Cinderella is a truly well-rounded new musical. The cast, tech crew, and creative team have worked together to deliver a truly breathtaking show.