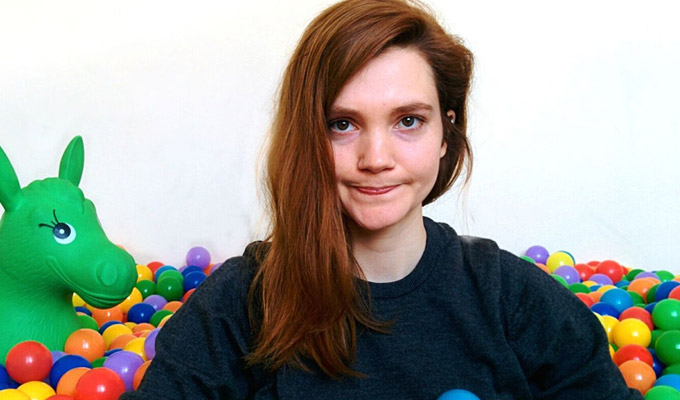 Clay Nikiforuk
Fun To Be Around

Excellent storytelling about a struggle with mental health that overcomes an occasional dearth of laughs.

Shows about mental illness aren’t exactly thin on the ground, but there’s always room for any offering that can offer a new angle on the subject, or a particularly evocative story.  Clay Nikiforuk’s Fringe debut is a worthy entry in this crowded field, one which tells of her struggle with psychosis and looks to deflate a few clichés around this type of show. “Those who say comedy is cheaper than therapy have never been to Edinburgh,” she notes.

Nikiforuk’s story begins at nineteen beneath the whir of a CT machine as part of a study.  When she tells the doctors how much she had enjoyed the classical music they were playing during her time in the contraption, they tell her there was no music. From there, she’s flung from treatment to treatment, through the trauma of a murder/ suicide involving a close friend, drugs, and even worse.  The slight, softly-spoken Canadian narrates with engaging candour and no trace of self-pity.

Fun to Be Around is notable for the accessibility with which Nikiforuk approaches her subject.  It’s a show designed to encourage conversation about mental illness and an overly bombastic style would potentially limit its audience. That’s not to say however that it lacks impact.  The poetic turns of phrase and artful metaphors she uses are simply rhetorical flourishes on an otherwise unalloyed, unsentimental and unflinchingly honest tale that both moves and inspires.

There are times where the comedy element flounders beneath the weight of the subject, as if she is feeling the responsibility of a spokesperson, and is taking pains to avoid potentially blunting the message. It’s a similar situation to that which Juliette Burton has previously had with her shows on her mental health; the difficulty in finding that equilibrium between light and shade.  Nikiforuk acknowledges that Fun to Be Around isn’t a gag-fest, and there are moments where it’s noticeable that her story has also been performed as a straight TED Talk.  Ultimately though, her story is so engrossing and well-told that it’s often only after a joke has been told that you realise there has been a barren spell.

Viewed strictly as comedy the success of Fun to Be Around is questionable, but as a piece of storytelling it’s tight, controlled and wears its import relatively lightly.  Clay Nikiforuk herself lives up to the title of her show, even in its darkest moments (and be warned, it gets very dark).  She avoids a big finale, finishing on a note of quiet optimism, which sums up the entire piece perfectly.