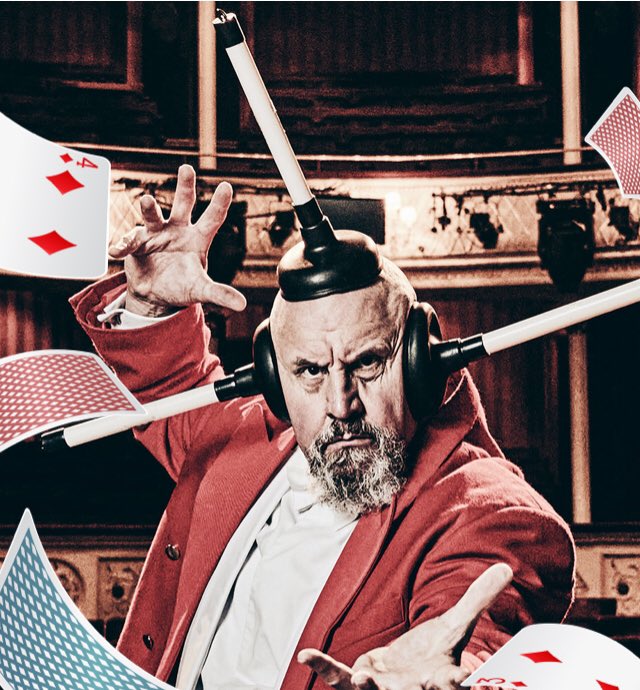 Dirty Tricks – How the Illusionati Rule the World

Sure to both perplex and entertain you

This unashamedly old-school magic show packs in plenty of nostalgic charm, but make no mistake – it’s a seriously impressive performance too. A flab-free 50 minutes of conjuring from a self-styled ‘Emperor of Illusion’, it’s as warming as it’s befuddling, as refreshing as it’s traditional, and perfectly matched to the intimate space it’s performed in.

Here’s the first surprise: that intriguing-sounding title bears no relation whatever to the actual content of the show. But never mind – our host, the self-described Great Baldini, is a delightful creation, the distillation of everything we imagine a Victorian stage magician should be. With his booming voice and his scarlet tail-coat, he looks every inch the music-hall grandee, and the packing-crates behind him are plastered with vintage airline labels documenting his worldwide fame. But the bombast is balanced by a hint of mischief; we all know his back-story’s an invention, and we’re all delighted to play along.

The magic itself is a cut above the average at the Fringe. Each trick was just slightly more embellished than I’d expected, had that one additional twist; and speaking as a man who can often spot how stage magic works, I can honestly tell you that this time, I had virtually no idea. One particular trick involving matching sets of playing-cards seemed genuinely impossible, while the opening routine is impressively multi-layered – watch carefully, or you might miss the best part of that one.

A wide variety of magical tropes feature in the act, from mind-reading to sleight of hand to (gleefully comedic) escapology. And The Great Baldini handles his audience volunteers well – kindness itself when they cooperate, dryly sardonic if they choose not to play along. It is my duty to note that a couple of tricks didn’t pan out quite as intended, but they were recovered with good humour which, if anything, only made Baldini’s character even more endearing.

At the end of the day, the title doesn’t matter. This is a big-hearted show from an instantly-likeable performer, which is sure to both perplex and entertain you.