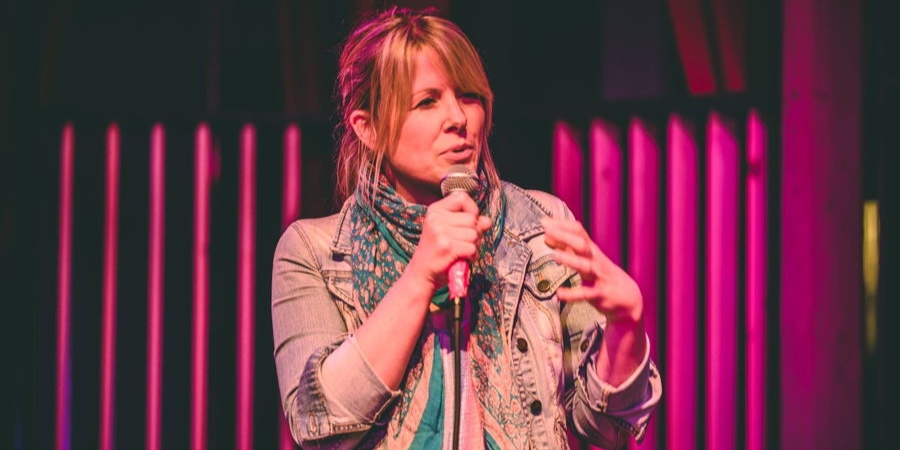 Likeable Welsh comic works best when embracing her weirder side

Sears hits... a roll when she gets on to more personal, quirkier fare

Turning 40 can change your perspective on life, but it’s had quite the impact on Esyllt Sears. The Welsh comedian has become worryingly preoccupied with her own death, believing it inevitable that she’ll be strangled by someone while on a package holiday. In fact, in an attempt to retain a modicum of control, she’s formulated a press release, and chosen the funeral photo that will show her at her best, for she can’t trust her parents to choose the right one. This mordant material is book-ended with a neat gimmick involving her will. Despite these funereal features, Absolutely Not is far from a bleak show.

If anything it occasionally comes across as light as the duvet tog on a gouty foot. She tells us about her nervous streak (the very one that will get her murdered on holiday she thinks), her parents’ insistence on still having a carpeted bathroom, and her ambivalence about being a mother. For the most part the response is somewhat muted, and you find yourself willing her own to build up more of a head of steam, to chain together her more substantial jokes to gain some momentum.

Thankfully, Sears hits more of a roll when she gets on to more personal, quirkier, and less gossamer fare like the perils of talking dirty in Welsh, or her commandeering of her bath as a makeshift office during lock down. She certainly doesn’t get as candid as some, but there’s a sense of her opening up more as a performer; relaxing even. Perhaps it’s her lilting, mellifluous accent, or perhaps it’s her slight resemblance to wholesome Sunday TV staple Ellie Harrison, but there’s also a pleasing incongruity to Sears’ smuttier material. She herself worries she ‘gives off motherly vibes’.

She also has a neat repeated gag about a weighted blanket that she thinks could come in useful as training for such likely scenarios as being crushed beneath a beam in a collapsing house, or pinned beneath a suddenly deceased lover. ‘I feel very zen!’ she screeches, sounding anything but. Some more of this kind of material would go a long way.

Esyllt Sears is a distinctly likeable stage presence that is at her best when leaning into her slightly darker side: more elaborate death plans and inadvertent bathroom drownings would do nicely.