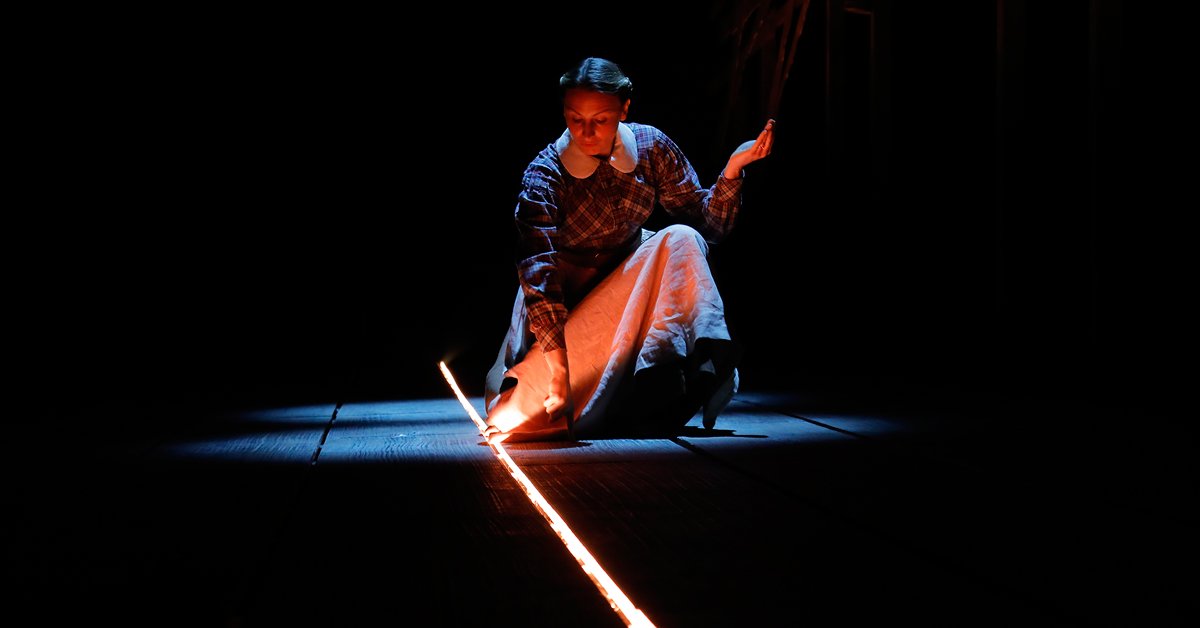 A poetic and absorbing drama of old allegiances and new beginnings.

Richard Baron‘s production of Heritage is a timely revival of what is regarded as a modern classic in British theatre. Written by playwright, director and dramaturge Nicola McCartney, the original production premiered at the Traverse Theatre in 1998. Both absorbing and tragic, McCartney’s work weaves mythologies and hope with the destructive power of past hatreds and ideas of nationhood.

Set in the vast rolling prairies of Saskatchewan, Canada – in the imaginary small town of Stanley – live two immigrant families: One Irish Catholic, fleeing the potato famine and another Scots/Irish, chasing cheap bountiful land. Their offspring are the Romeo and Juliet of the age. As young people re-enacting the Ulster Cycle legend of Deirdre of the Sorrows, their relationship soon blossoms into love. Inevitably, however, history and loyalties intervene – for the politics and rivalries of Ireland in the 1920’s still persist even in a new country. They pervade and change the young lovers’ lives. This is a cautionary tale for the twenty-first century.

With a cast of six, the drama is designed by Ken Harrison and played out on impressive wooden structures, with clever lighting design and projections evoking the atmosphere and vastness of Canada, Likewise, the costumes work beautifully with the stage design’s aesthetic. Nothing is ever clean, other than the neat collars of the puritanical mother of young Sarah criticising her daughter’s attempt at darning: one of the many insights into each carefully constructed character by McCartney.

As Director, Baron discards the use of cumbersome props, requiring the actors to use their physical skills to evoke various objects. A table and chairs are neatly choreographed by Movement Director Rita Henderson to resemble different occasions, while also reflecting the simplicity of early settlers’ lives.

In the central role of Sarah – the young daughter, who is both the narrator and protagonist of the story – is a fierce performance by Fiona Wood. Her energy and physical strength is endless. You share in her hopes for the future in a new land and feel for her as they are limited by her parent’s inability to shed past loyalties. Complementing her performance is another strong performance by David Rankine as Michael, a complex and vulnerable lover who is drawn into the world of radical politics. The poetic interplay between the two as they hark back to the Ulster Legend is played with charm and light relief.

Similarly, Ali Watt and Claire Dargo as Sarah’s parents create a clear picture of a relationship under pressure from ambition and hardship. The audience both sympathises and understands them. Playing the matriarch of Michael’s family is the wonderful Deirdre Davis, bringing humour and kindness with a rod of iron. Alongside her is Marc Small, who provides a measured performance as Peter.

This is a beautifully directed piece, which is skilfully and passionately performed by every member of the cast. With only eleven performances scheduled this season at the Pitlochry Festival Theatre, making the journey to see it is well worth the journey.