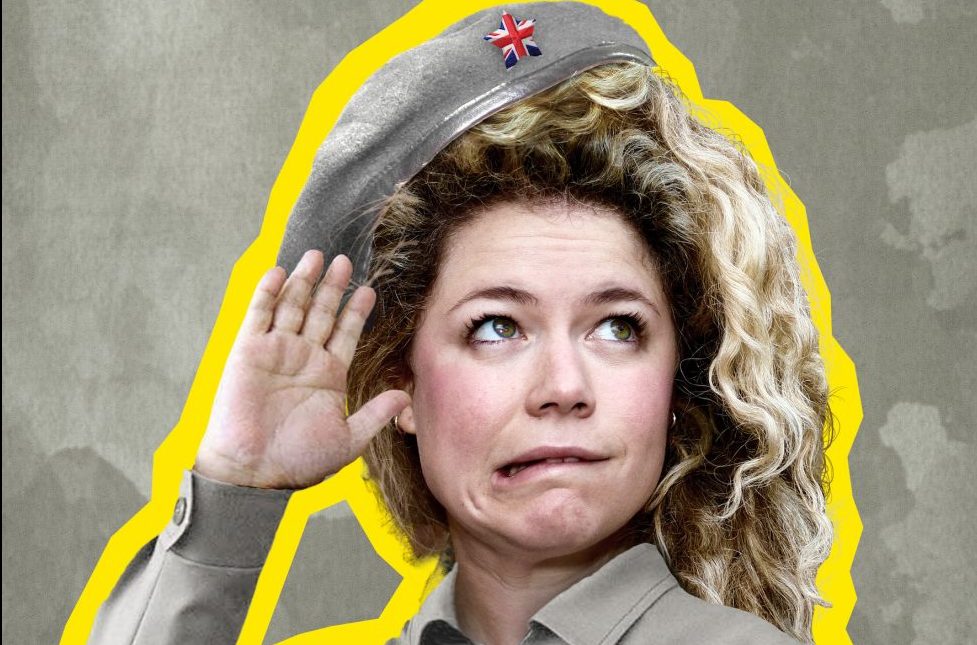 Well, what to make of this?

Louise Reay has become well known over the last few years for performing her shows in Chinese.  Her intent is to demonstrate that communication is predominantly about body language. This year, she’s switched predominantly back to English to highlight the obvious oppression committed by the Chinese government. She ties this in to Britain, and how we’ve somehow meekly allowed ourselves to be among the most watched countries on the planet.

Reay achieves her aims through multimedia and a real assault on the audience.  With a trio of government enforcers in really quite creepy masks, she forces the audience to give up their IDs, makes them all wear identical napkins, and even has some muscled off into quarantine at the back of the room.  Every now and then she slips into character as the “loneliest BBC news reporter in the world,” bemoaning the censorship he reports under after all British institutions have been sold off to China.  It’s confrontational and theatrical, but it isn’t exactly funny as such. Something else lies beneath this dystopian loss of freedom.

Slowly, the threads of the show begin to fray and the metaphor is laid bare.  At its core, Hard Mode is about a very recent and raw heartbreak, and the show is intended as catharsis as much as its an interactive protest against the subjection of a people she obviously loves deeply.  The critique of an authoritarian regime is, more fundamentally, the lament of a creative soul for something she can’t have, and it is uncomfortably personal, and really heartbreaking.

Hard Mode is probably more bleak absurdist theatre than it is comedy, with Reay’s clowning tendencies falling very much on the Pagliacci side of the spectrum.  It deliberately sets out to maximise the audience’s discomfort, and any laughs it garners are almost incidental.  Any disappointment the show generates however is as much a failure to understand quite what one is getting into, rather any shortcomings in Reay’s intent or execution.  It’s impossible to say that it’s strictly enjoyable, but there’s an abundance of admiration for both Reay’s ambition, and willingness to bear her scars, as fresh as they still are.