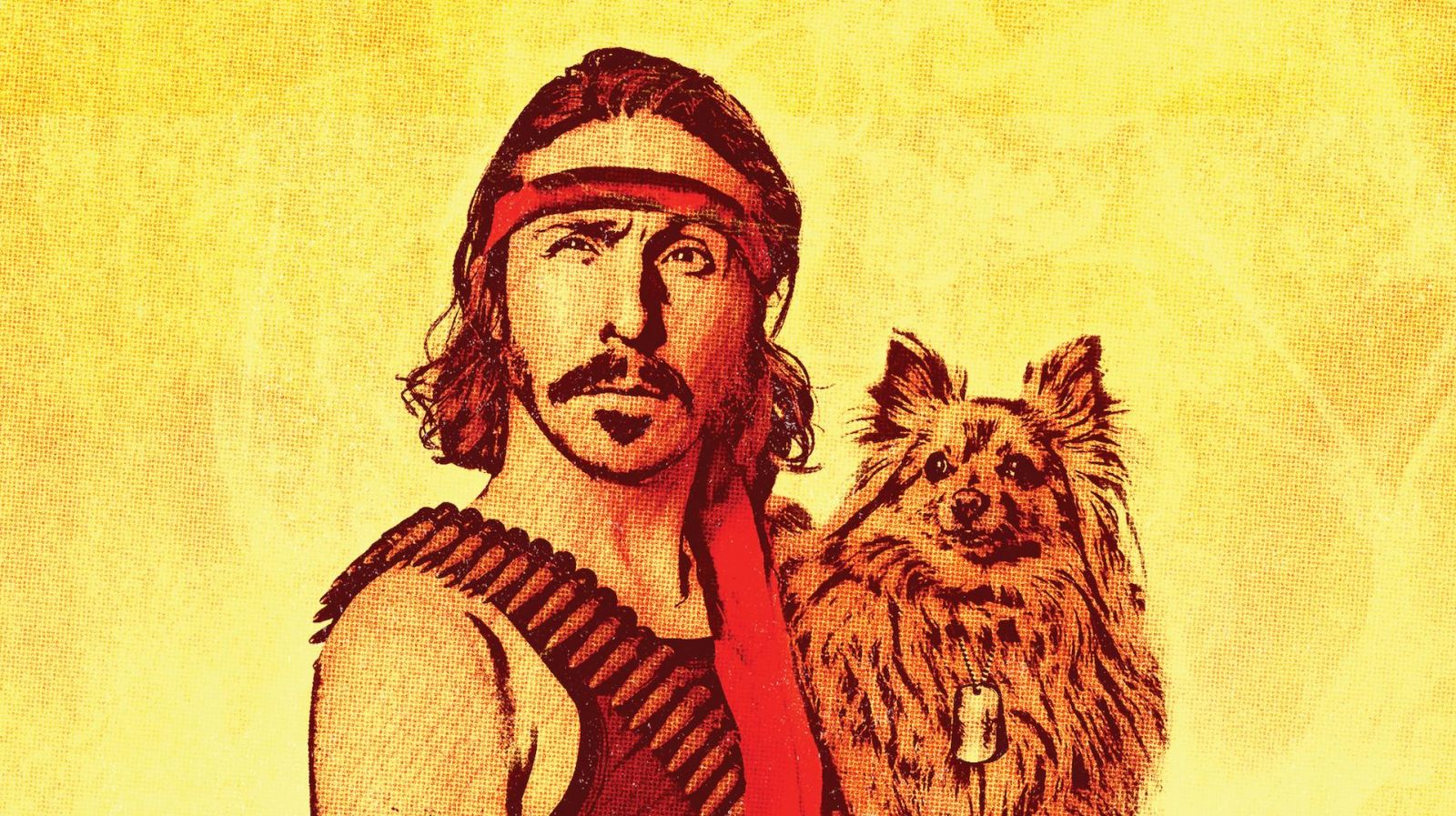 The ’80s are firmly back in the cultural zeitgeist, for better or worse. Neon-soaked horror scored with John Carpenter synths are ten-a-penny, Kate Bush is higher in the charts than she’s been for decades, mullets are dotted all over the place, sported by kids too young to remember how fucking stupid they were first time round, and the Russians are legitimately the baddies again. This final fact (and ok, the penultimate one) is gleefully embraced by high-energy clown Sam Dugmore in his loving one-man homage to the classics of the action genre.

Dugmore takes the audience on a whistle-stop tour of all the tropes of ’80s classics like Rambo III and Commando – the intentional (the hero being coaxed back for one last mission, the training montage, oiled muscles), and the unintentional (the cheerful propaganda, the intensely phallic imagery, the homoerotic undertones of those oiled muscles), providing a cliched story of the best combat soldier in history, ‘Manbo’, tracking down the pesky Russians who’ve kidnapped his beloved… erm, much-respected, former Colonel.

Dugmore utilises his jittery, wiry physicality to great affect, making as much use of his body and his facial expressions as he does props. He also makes frequent use of audience members to act as various supporting characters, like Manbo’s dead comrade ‘Adrian’, his informant/fleeting love interest ‘Contact Woman’, and a feather duster-sporting torturer, inevitably named Boris. Fortunately, the faith he places in these raw recruits pays off, with any deficiencies in acting ability or improv skills made up for by Dugmore’s speed of thought.

It’s easy to see why Manbo was an award-winner at the Adelaide Fringe. It’s a zippy, well-structured show that comes with an inbuilt audience, and is performed to the hilt by the irrepressible Dugmore, who’s as happy with a fart gag as he is with imaginary grenades. Yet, there’s an air of familiarity to it all. That’s clearly the point, of course. The show relies on the crowd being familiar with the conventions of the genre. But Manbo becomes predictable in a way that other clown-centric shows (Elf Lyon’s Raven, Garry Starr’s Greece Lightning, Trash Salad) haven’t been.

That’s not going to matter for those who embrace those ’80s classics like a cosy blanket and nod and laugh at every Soviet stereotype and slow-motion fight scene (and to be fair, Dugmore is very good at those). It would just have been nice for those tropes to be subverted a little more. However, Manbo is a warm and knowing hour of comfy nostalgia, and that will be more than enough for many.