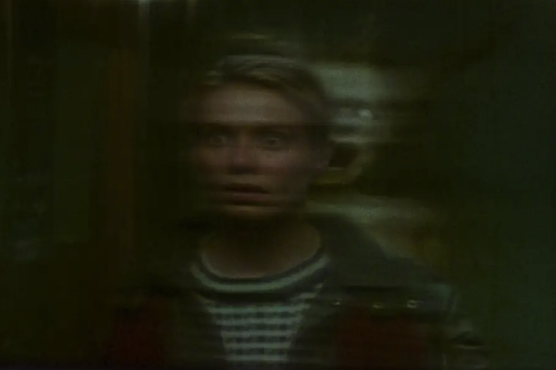 A series of bodies found in a peat bog by a team of archaeologists functions as a metaphor for a chilling family history long buried in this wonderfully assured debut. Nico van den Brink’s consistently eerie folk horror is constructed entirely of familiar materials. But an evocative sense of place and a tangible sense of his characters’ connection to their landscape, along with an instinctive sense of pacing, makes Moloch a real gem among the recent revival of esoteric rural terror.

Betriek (Sally Harmsen) is a recently-widowed young mother who lives in a village by a large peat bog in the northern Netherlands. As well as the grief over the sudden death of her husband, she is still haunted by the murder of her grandmother by an unknown assailant 30 years earlier. Her ex-policeman father Roelof (Fred Goessens) has been lying at the bottom of a bottle of genever since, and her mother Elske (Anneke Blok) has started suffering unexplained seizures. A series of preserved corpses are found in the bog that suggest ritual murder over generations, with a link to morbid local legend. After being inexplicably attacked in her home by one of the archaeologists, Betriek and the leader of the dig Jonas (Alexandre Willaume) begin to excavate her own terrifying family history.

Moloch begins with the scene of young Betriek locked in a pantry for safety with only the screams of her grandmother and the blood dripping through the floorboards for company. When we jump 30 years to the fog-wreathed bleakness of the peat bog, there’s an instantaneous sense of continuity; of some awful lineage. There’s a real atmosphere that suggests the otherwise quaint Dutch village with its occasionally eccentric residents may have a few threads of reality unravelling and the legends the community is playfully reenacting are best left unstirred. Van den Brink neatly fills in the exposition with Betriek explaining the tale to Jonas to the backdrop of the local school’s drama production on the legend. It’s a recurring motif of his work here – using exceedingly generic material in an interesting way – and one of the strongest aspects of the film.

The other is Sally Harmsen who is magnetic in a tricky role. Resembling Emilia Fox with a Sandra Bullock smile that’s hiding multitudes, she has to convince as someone traumatised by the past but irrevocably bound to the source of it. There’s the requisite steel and resourcefulness, but also the yearning for connection again, which may be a possibility with Jonas. But if the title is a clue – Moloch being a figure of Jewish folklore from the Pentateuch – then the narrative, like Orthodox Judaism, adheres to the idea of matrilineal descent. While the men are largely good-natured in Moloch, they’re largely ineffectual and easily manipulated by both the corporeal female residents of the village, and the strangely seductive whispers that emanate from the boggy mists. Here, the trauma, the grief, the terror, and the guilt are passed down from mother to daughter like tainted heirlooms. It may unfold with the sense of the inevitable, but there’s also a doomed romanticism and an aching sadness that seems to exude from the peat itself.

A solid tale with a superior production, Moloch sits alongside the likes of Mandrake and You Are Not My Mother this year as a folk horror that unearths its own identity while digging through the moss, bracken, and the things best left undisturbed of the subgenre’s acknowledged classics. Told with real confidence, it’s easily one of the best original films to arrive on Shudder for quite a while.