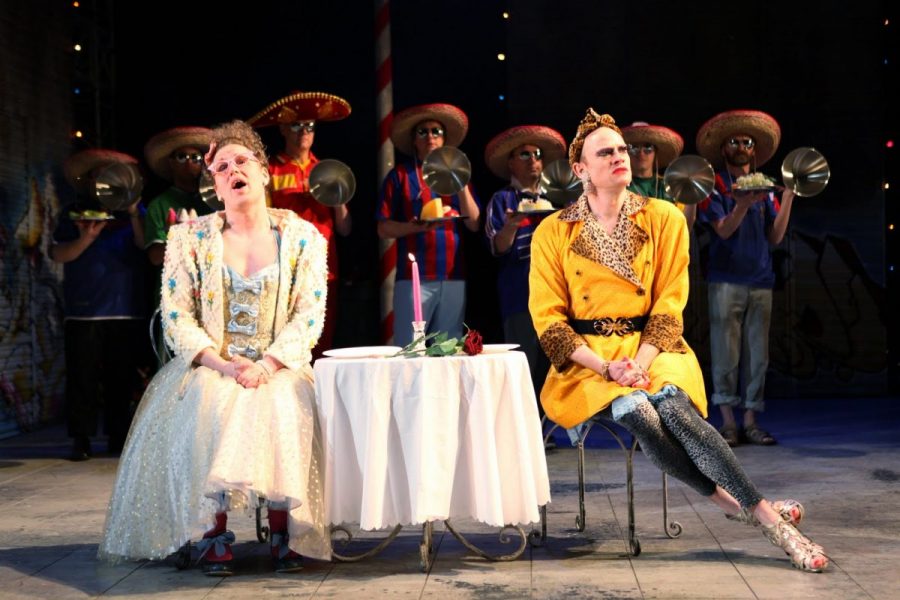 The Comedy of Errors

[rating:4/5] Hilarity ensues in this all male production of Shakespeare's comedy of misidentification from Propeller Theatre Company.

More than 400 years since Shakespeare put pen to paper, all-male theatre company Propeller return to the King’s on another UK tour of The Comedy of Errors. When two sets of twins who’ve been separated at birth end up in the same town, they find themselves accused of theft, adultery, and even demonic possession.

Full of slapstick and farce, a lot of hilarity comes from Shakespeare’s script but the stuff that really gets the audience in stitches comes from director Edward Hall’s masterful interpretation. With men hideously dressed in drag, repetitions in the script jokingly annoying the actors and modern-day allusions, Hall finds humour in the play’s content, the writing and the Shakespearean conventions. He makes the show relevant to today rather than expecting a modern audience to innately connect in the same way our ancestors did.

Despite the King’s traditional theatre space, this almost feels like immersive theatre; before the action starts in each half, the cast sing and joke, drawing the audience into the atmosphere and story. Even during the interval they put on a mini gig in the foyer to raise money for charity. There’s an element of pantomime, with spontaneous rounds of applause and scenes so hilarious that even the actors can’t keep straight faces. The infectious buzz captures something akin to the bawdy rowdiness a Shakespearean audience would have experienced all those centuries ago.

And yet for all the laughs and energy, there’s something missing. Some of the acting between the pairs of Antipholus (Dan Wheeler and Joseph Chance) and Dromio (Will Featherstone and Matthew McPherson) feels a little twee – a bit too “innocent young lad” for a married man and his servant who play the field and wheel and deal with dodgy goldsmiths. But that does little to detract from an excellent and accessible production; one that proves you don’t need to be a self-acknowledged Shakespeare fan to love Propeller’s The Comedy of Errors.