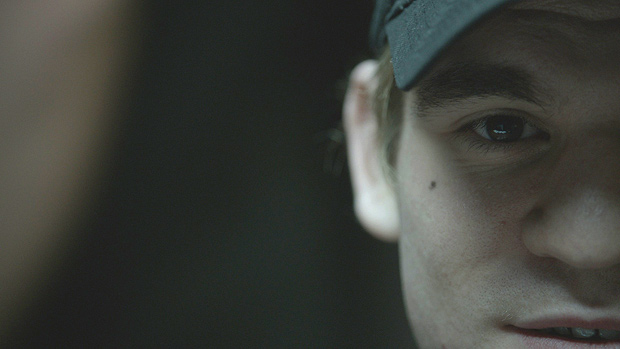 [rating:5/5] Full of twists and revelations, this is hair-raising stuff that has to be seen to be believed.

Three years after he disappeared from his Texas home at the age of 13, Nicholas Barclay reappears in Spain. Having been tortured and abused by his abductors, he returns home a different boy – but not just emotionally. His blond hair is now dark, his blue eyes are now brown, and he speaks English with a French accent. To the rest of the world, this man clearly is not Nicholas. Yet, for some inexplicable reason, the missing boy’s family welcome him with open arms.

A mind-bogglingly intriguing insight into the human psyche, the circumstances of this story quite literally could not get any weirder, nor more disturbing; if this were fiction, it would be dismissed as unbelievable. The narrative has been expertly woven together by director Bart Layton in a way that heightens the horror just when it seems things can’t get any worse, and to excruciatingly tense effect. The level of access is impressive, including in-depth interviews with Nicholas’ family as well as conman Frédéric Bourdin himself, all of whom, at least in most parts, speak with unprecedented honesty. Full of twists and revelations, this really is hair-raising stuff that has to be seen to be believed, while the true fate of poor Nicholas is sure to leave audiences divided.