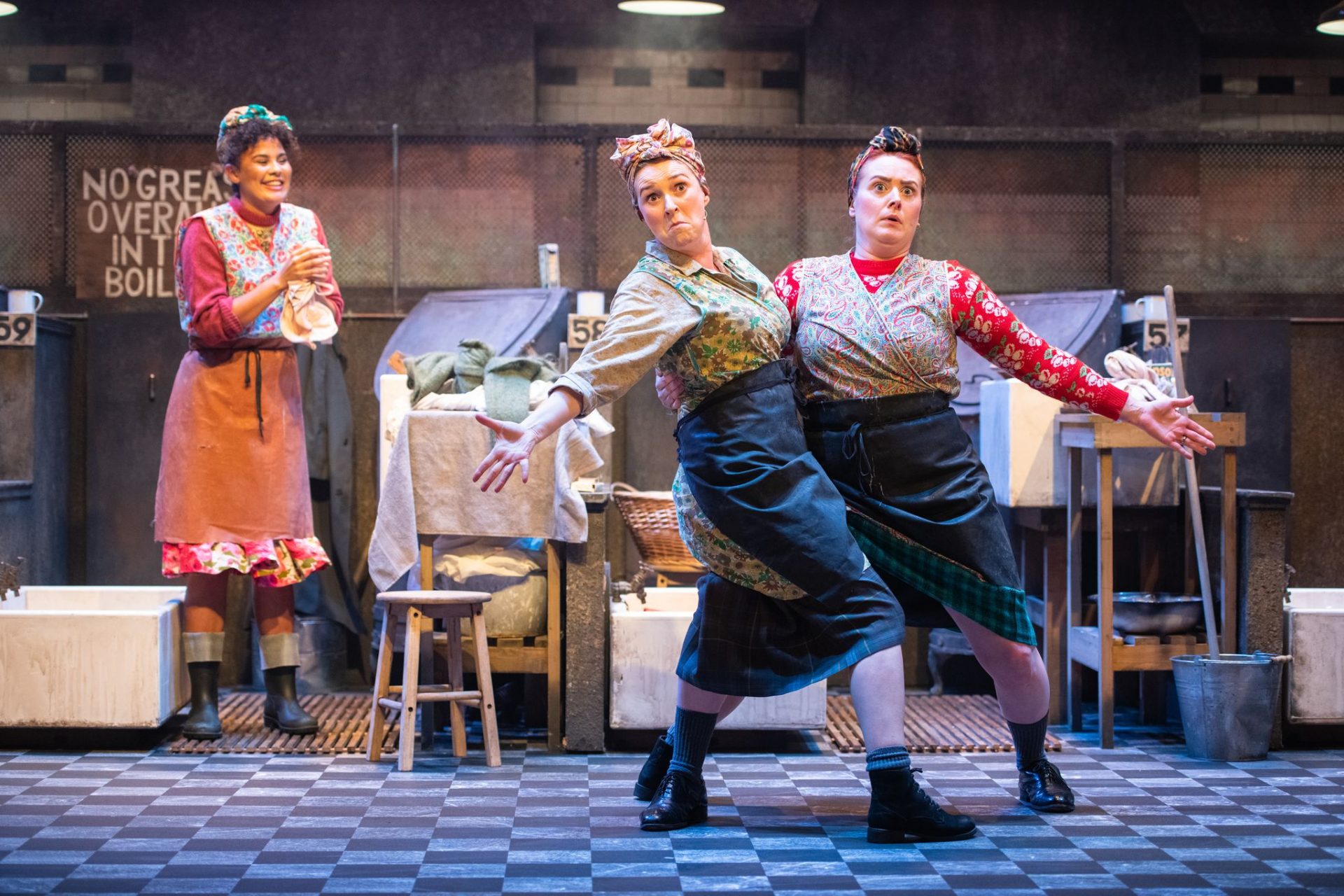 Charming, heartfelt, and lively take on a classic show

The Steamie is steeped in Scottish culture. Celebrating its 35th anniversary this year, it is a piece of theatre which is beloved, oft quoted, and frequently toured. Despite this, it retains a startling freshness; the themes remain relevant and the beauty of community, camaraderie, and friendships forged in difficult circumstances remain relatable and heartrending to this day.

This iconic show is brought to dazzling life by the Dundee Rep Ensemble and under director Becky Hope-Palmer is a captivating, hilarious, and emotional look into working class women in Glasgow in the ‘50s.

The slice-of-life narrative throws the audience into the story as they are greeted with a small cast of characters who know each other intimately and trade stories, niceties, and jibes with ease. The effect is an instant encompassing into the lives of these women. This is bolstered and realised through the brilliant acting of the cast who fill the stage with warmth, banter, and fantastically coarse accents and body language.

The cast are exceptional, with Jo Freer as Dolly in particular getting huge laughs and managing to balance the complexities of the character well. Whether she is singing about loss and despair with stunning vocal control and skill or enacting physical comedy, she delivers a consistently charismatic and masterful performance.

The laughs are raucous and constant, while managing to carry emotional weight and genuine wistfulness, sorrow, and struggle effectively. The performers shine in the comedic as well as the emotional scenes, with their timing and rhythm never wavering.

The back and forth bantering and gossiping creates a sense of intimacy and realism that gives the dialogue a real sense of movement and personality. From dancing a mad tango across the Steamie floor to becoming enraged about the intricacies of purchasing mince and tatties, the cast breathe life and humour into the plot and elevate it to be at once hilarious and realistic.

The set sees the Dundee Rep theatre transformed into a 1950s Steamie; large vats line a wall, with basins and sinks filling the space. The set has a realistic sense of griminess and industrial rusty greys are used to great effect to create a backdrop that feels immersive and heightens the intimacy of the characters. Surrounded by dark, dank settings, the characters’ vivid personalities and bright costumes shine even brighter. The level of detail in the staging – from the steam rising from the vats to the piles of embroidered fabric heaped on the surfaces – is brilliantly realised and lends a sense of authenticity to the action on stage, making the play all the more engrossing.

There are moments of shakiness during some of the songs performed, with the introductions to the numbers sometimes coming across as jarring and the performances wavering in places. However, despite some awkward choreography or staging leading to some slight issues, overall the musical performances are well done and the vocals in particular are powerful.

This production of The Steamie is a truly entertaining, heartwarming, and brilliantly staged piece of theatre. Written in the 1980s, set in the 1950s, it manages to capture the time period perfectly while its themes remain relevant and compelling. With its fantastic acting and direction, this is a truly excellent piece of theatre.