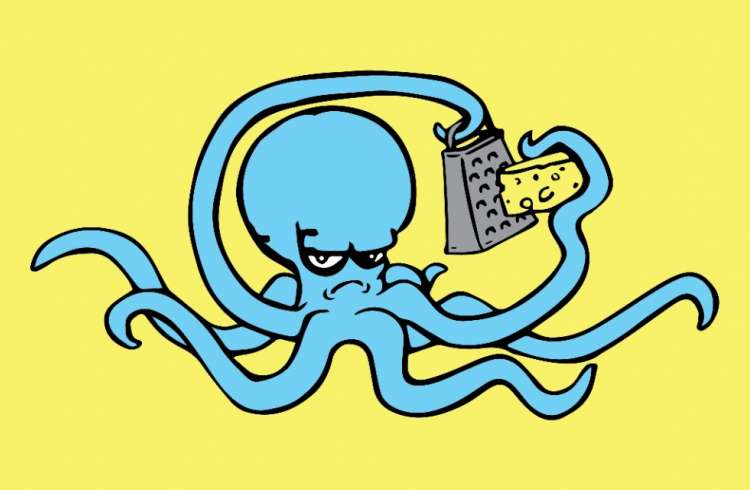 Here’s a foolproof technique for any sketch troupe.  Throw such a barrage of material at the crowd that anything that gets a muted response is swiftly swept from the memory by the next scenario.  This is an approach adopted with gleeful abandon by the UCL Graters, the young troupe from University College London.

The stock-in-trade of the four-piece (Huw, Flic and Heather on stage, plus Alex performing as voice over and sound tech), beyond a frenetic pace, is a real knack for subverting the expectations of where any particular sketch is going.  This is exemplified in the very first offering as a primary school poetry performance suddenly hurtles off in an x-rated tangent.

Unlike many university troupes, the Graters eschew overtly intellectual material; instead offering such slices of whimsy as an entertaining deconstruction of the hoary old “doctor, doctor” joke; and a recurring piece involving an existentially confused Bruce Wayne demonstrates a fondness for pop culture.  Their political material is broadly played yet shows a refreshing balance in their choice of targets, as Corbyn, May, Johnson and Abbott are mocked equally.  May’s alternative Glastonbury performance is particularly nicely played, even if it involves the now ubiquitous ukulele.

The three visible performers have a real natural ease on stage.  You really feel like they’re prowling their natural habitat.  Huw has a way with voices and could carve out a career playing authority figures.  Heather has a real nose for satire, and Flic has an unassuming presence that can flare into banshee hysteria out of nowhere (the opening sketch is a good example). All three share the chemistry that comes from a real joy in collaboration; and it’s tightly performed, while retaining a pervasive air of gentle, anything goes, anarchy.

There is occasionally a sense that they’re playing to an established crowd.  Some sketches get increased appreciation from those who are obviously more familiar with the material.  There’s nothing wrong with having some friends along for support of course, especially in the unstable crucible of the Fringe; but there are a few sketches that feel a little indulgent.  There is one in particular involving gravy granules that springs to mind.  Also, there are occasionally a few sketches where the strongest moment occurs partway through and there’s a slight fizzling out.  Otherwise, this is exemplary student comedy.

Smashing is a show that offers a real bang for your buck.  It’s virtually impossible not to find something that will strike a pleasing chord.  The relentless pace and real diversity of material (plus evidence of twisted imaginations that may prove worrying when they’re jettisoned into the real world), overcome any scarcity of budget. It doesn’t all work of course, but there are little obvious choices made and all are highly promising performers.