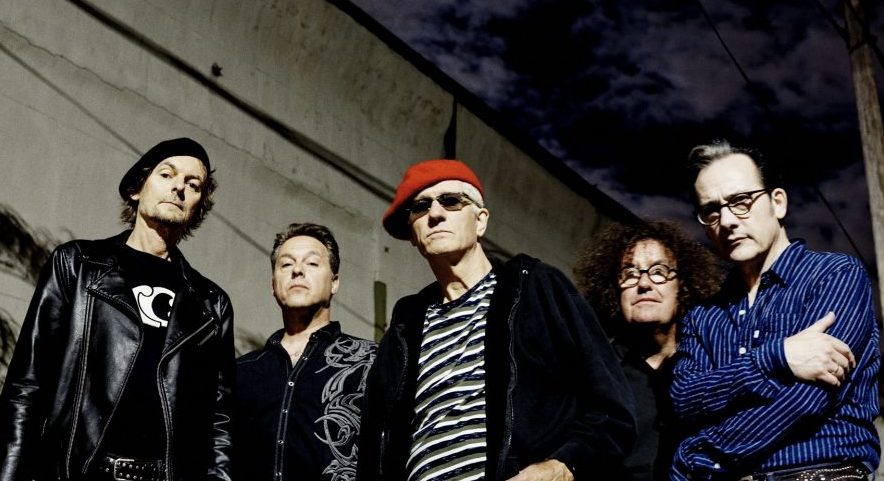 "Right and left are two cheeks of the same arse!" The Damned man talks punk, politics and trains.

The first punks out of the block in 1976 are now just about the last punks standing. With Dave Vanian and Captain Sensible still leading the way, The Damned returned in 2018 to deliver their first ever Top Ten album, the Tony Visconti produced Evil Spirits (five stars on these very pages!) Scottish fans get a chance to see them in action at the Liquid Rooms on 27 November and the coolest beret-wearer this side of Michelle from the French Resistance, the Captain himself took time out to speak to us…

Firstly, congrats on the success of the new album, Evil Spirits… Is it that the original Damned fans are coming out again with you? Or does this new body of work appeal to a younger audience? What inspired the writing?

We’re living in crazy times media wise. There’s wildly conflicting opinions – the truth is out there, but is it on TV? The newspapers? Facebook, bloggers, Twitter? What is real and what is fake? And are there Evil Spirits at work pulling the wool over our eyes? Plenty of scope for lyrics there.

Crowdfunding the album meant we could afford a posh producer – we chose Tony Visconti, an old fashioned gent. If he was good enough for Bolan and Bowie he is good enough for the Damned! It was a pleasure to work with him. He combines all that’s best of the classic 70s way of recording – everyone together in the same room, arranging as you go, honing a tune until he says “that’s it, you’ve got it” – with the good bits of modern studio technology. And the latest software plugins are extremely powerful and need to be handled with care.

Overused, as it is far too often these days and you end up with brittle, noisy, over-compressed, unlistenable pap. Go back to T Rex’s Get It On or Bowie’s Starman. Visconti produced both of them. Young musicians should check out that sound and when they hit the studio next try to resist the temptation to make everything louder than everything else and thus avoid correcting and auto-tuning their music to oblivion.

Always wondered this – why the red beret?

A couple of reasons… Firstly, my parents both had wild uncontrollable hair, so mine grows outwards in huge volume. It was either weekly trips to the barbers or get a hat.

Also, as a ghastly aside to punk, there was gobbing at bands back in the day – and it was particularly unpleasant when it landed in your hair.

That’s long gone thankfully, but the last time I attempted to do a show without the hat there were catcalls and boos from the audience. “Where’s ya beret?” But on re-emerging from the dressing room wearing the darned thing there were cheers. I guess I’m 100% lumbered with it.

Your now defunct political party, Blah! has morphed into a protest group. Do you join forces with the likes of the Extinction Rebellion? Are there future plans for Blah! Or are we all fucked?

The Blah! party picked up so much support during its short life, it was obvious people had lost faith in mainstream politics. Right and left are two cheeks of the same arse. Whoever gets voted in, nothing much really changes. Especially with “defence” spending. What a monumental waste of money! Blair promised to renationalise the railways, which would’ve been hugely popular, but took us to Iraq instead.

In [new album track] Standing At The Edge Of Tomorrow, hidden behind the uplifting chorus melodies there’s an element of despair in there. Stop the world I want to get off. Not much chance of that though. No rescue spaceships any time soon! We are stuck on this planet and have to make the most of it. (Laughs) Making a fine job of that aren’t we!

And if people don’t fancy a war with Russia now would seem to be the time to get out demonstrating.

You are so much more interesting than Michael Portillo. Why have you not made/proposed a television series on trains?

How you can have a railway show fronted by one of the idiots who privatised it all is beyond me?

I’m a member of campaign group Bring Back British Rail and proudly wear the T-shirt when taking the train. Rail staff give it the thumbs up. They’re treated awfully by the private companies, mainly foreign owned, who are leeching money out of the network, and thus the UK.

I’d love to front a railway show… but I’m not sure they want a loose cannon like me on TV.