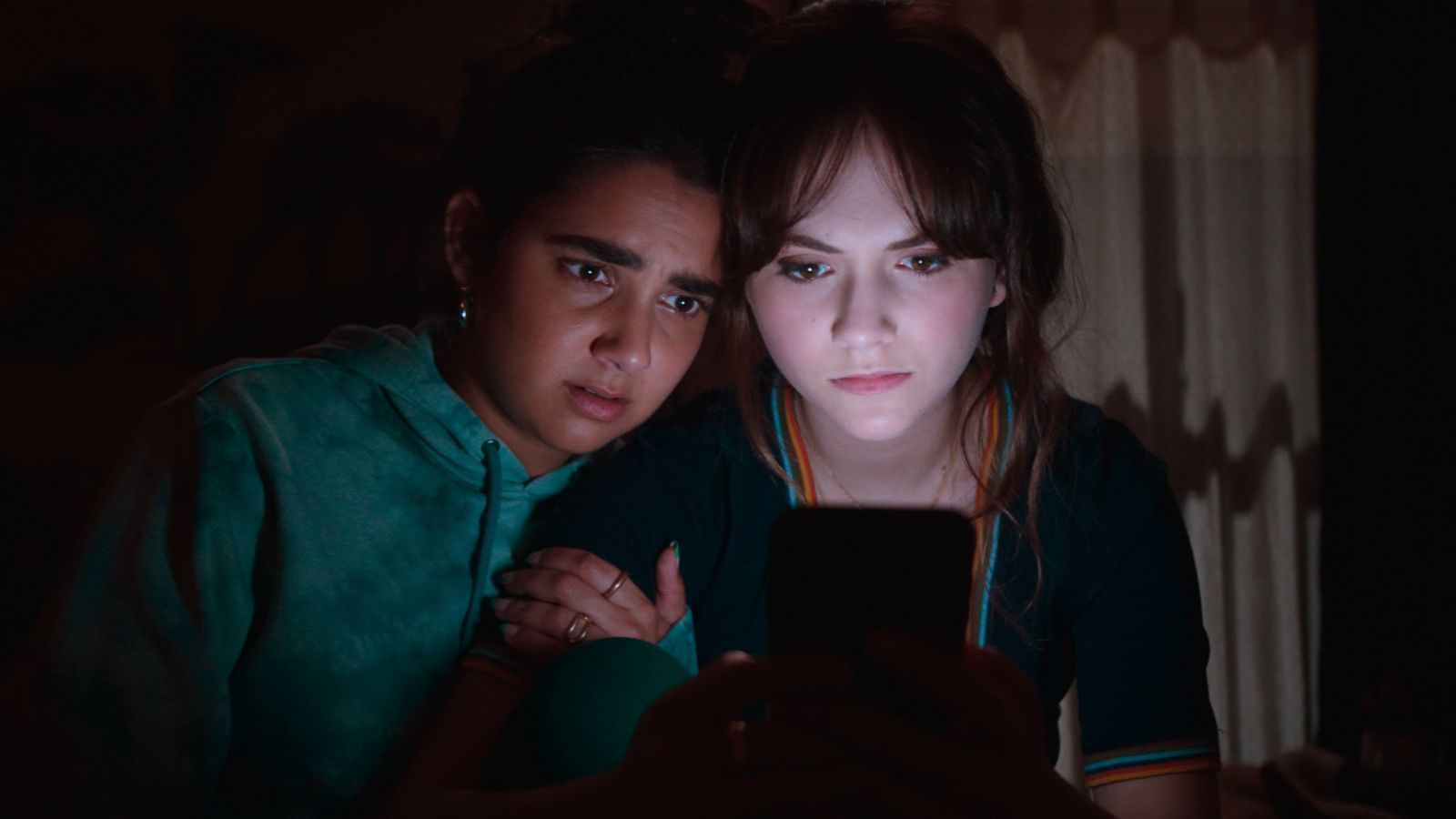 The third of our Sundance round-ups can be, somewhat unfortunately, be characterised by a certain amount of self-indulgence and overreach. However, there are still some decent films among a multi-stranded satire on iffy gurus and mother/daughter bonds, a charming mockumentary about a theater camp in financial peril, and a simultaneously cringingly funny and broodingly threatening adaptation of an infamous short story.

Alice Englert‘s debut Bad Behaviour (New Zealand/ 2022/ 107 mins) is a strange and unwieldy beast that throws splits itself into too many tangents, and doesn’t pull itself together into a satisfying whole. It’s like the restlessly creative Antipodean had ideas for three different movies and decided to try and stuff them all into one. Noone’s going to fault ambition, and there is evidence of plenty talent, but in trying to say too many things about family, fame, mental health, and the wellness industry, it never quite says quite enough. Jennifer Connelly is magificent though as Lucy, a former child actress who’s heading off-grid to a ‘semi-silent retreat’ ran by simpering guru Elon (Ben Whishaw). Daughter Dylan (Englert herself) is in New Zealand, working as a stuntwoman on a fantasy production that looks like Peter Jackson‘s Lord of the Rings on the budget of Peter Jackson’s Bad Taste. It isn’t clear initially how these two disparate strands are going to intersect, they do after a sudden rug pull that throws mother and daughter back together and sends the film off in another direction entirely.

Some viewers have really taken against Bad Behaviour, and there is an undoubted air of self-indulgence about it. The satire in the retreat isn’t pointed enough, and the scenes in New Zealand are broader still. Whishaw’s character offers little more than obvious platitudes and a permanent creepy chuckle. Dasha Nekrasova is good value though as a clueless influencer who invokes Lucy’s ire and it’s fun to see a room full of well-to-do people looking for peace steadily fill up with narcissism until Connelly gets a moment of brilliantly-framed glory that’s pretty much worth admission on its own. Perhaps some of the audience have taken against Bad Behaviour as part of the increasingly tiresome ‘nepo baby’ discussion (because the progeny of established names have never had a leg-up before) due to Englert’s mother being the great Jane Campion, (who pops up in a cheeky cameo in a neat bit of nose-thumbing by Englert). Maybe some older haters are getting chilly nightmarish vibes of I Heart Huckabees, and that’s fair enough. But there is enough here – and some genuinely great lines of mordant wit – to prick up the ears for another, hopefully more focussed project. 2/5

Lots of self-deprecating fun is to be had in the rather charming Theater Camp (Molly Gordon, Nick Lieberman/ USA/ 2022/ 94 mins). It may have the kind of Americanised title that’s enough to make a British reviewer’s eye twitch, but this frequently hilarious invocation of the Christopher Guest-style mockumentary can be forgiven given the high quota of laughs. Gordon and Dear Evan Hansen‘s Ben Platt (having fortunately escaped the uncanny valley of that film) are Amos and Rebecca-Diane, two teachers at a beloved but ramshackle theatre camp which has ran on a shoestring by canny matriarch Joan (Amy Sedaris) for decades. Sadly, Joan is in a coma following a stroke caused by a strobe light during a performance of Bye Bye Birdie, and her son Troy (Jimmy Tatro) is as clueless about business as he is about pounding the boards. Can the camp be saved, and can the co-dependent team of Amos and Rebecca have their tribute musical, ‘Joan, Still’ ready for showtime?

As in Bad Behaviour there’s certainly some self-indulgence here, as Theater Camp is basically a Gordon, Platt, and their various thespy chums yucking it up with School of Rock-shaped bow. Still, anyone who saw messrs Rogen, Hill, Franco, McBride etc in This is the End will be able to see that this is the benevolent fat end of that wedge. For Theater Camp is filled with the snarky piss-taking that only comes through a thorough knowledge of, and love for, the form. It starts off at a riotous clip that it can’t sustain, but that first act various vibrantly over-the-top characters and precocious – and really talented – kids are introduced, it’s absolute gold. However, we get way too much Troy and the really generic foreclosure plot, and an optimum length would have been about ten minutes shorter. It does however triumphantly regroup for the spot-on pastiche of ‘Joan, Still’ at the end. Despite some fairly obvious issues in execution, you would require a Statler and Waldorf level of grousing to take against it. 3/5

Cat Person (Susanna Fogel/ USA/ 2022/ 120 mins) is another film that’s dividing opinion, although the scales to tend to be tipping toward the negative. Based on a viral story in the New Yorker by Kristen Roupenian, Susanna Fogel’s expanded adaptation arrives a substantial length of time after that buzz has died down. The story of a short, but immensely complicated relationship, Cat Person stars the very busy Emilia Jones as Margot, a 20-year-old student who meets and older man Robert (Nicholas Braun), while working at a concession stand in a cinema. Intrigued, she surprises herself by agreeing to swap numbers. So begins a minefield of doubt as some of Robert’s sweet behaviour is coloured by various microaggressions, red flags, and possibly porn-influenced ideas abut sex. Fogel pitches the adaptation halfway between cringe comedy and potential woman-in-peril thriller. For the most part it works, until the fleshing out of the article hurtles into full psycho-thriller territory, kicking the careful balance of the story’s delicate framework to pieces in the process. This element is unsurprisingly proving the biggest sticking point of most appraisals.

But, the tacked-on, massively overblown ending aside, Cat Person does a decent job of translating the article to the screen and filling in a few gaps, and changing some details. Some work really well, such as the first date film being changed from a Holocaust dram to The Empire Strikes Back, specifically the scene where Han is at best coercive towards Leia; interpreted by Robert as peak romance. Some additions less so. The famous quote from Margaret Atwood that opens the film is unnecessary – like a ‘may contain nuts’ warning on a packet of KP. But Jones and Braun have enough chemistry to sail through the tricky fluctuation in their brief, disastrous dalliance. And any film that might make someone riffle through the rolodex of their past to see if there’s any previous behaviours that can be changed for the better is surely a good thing. 3/5