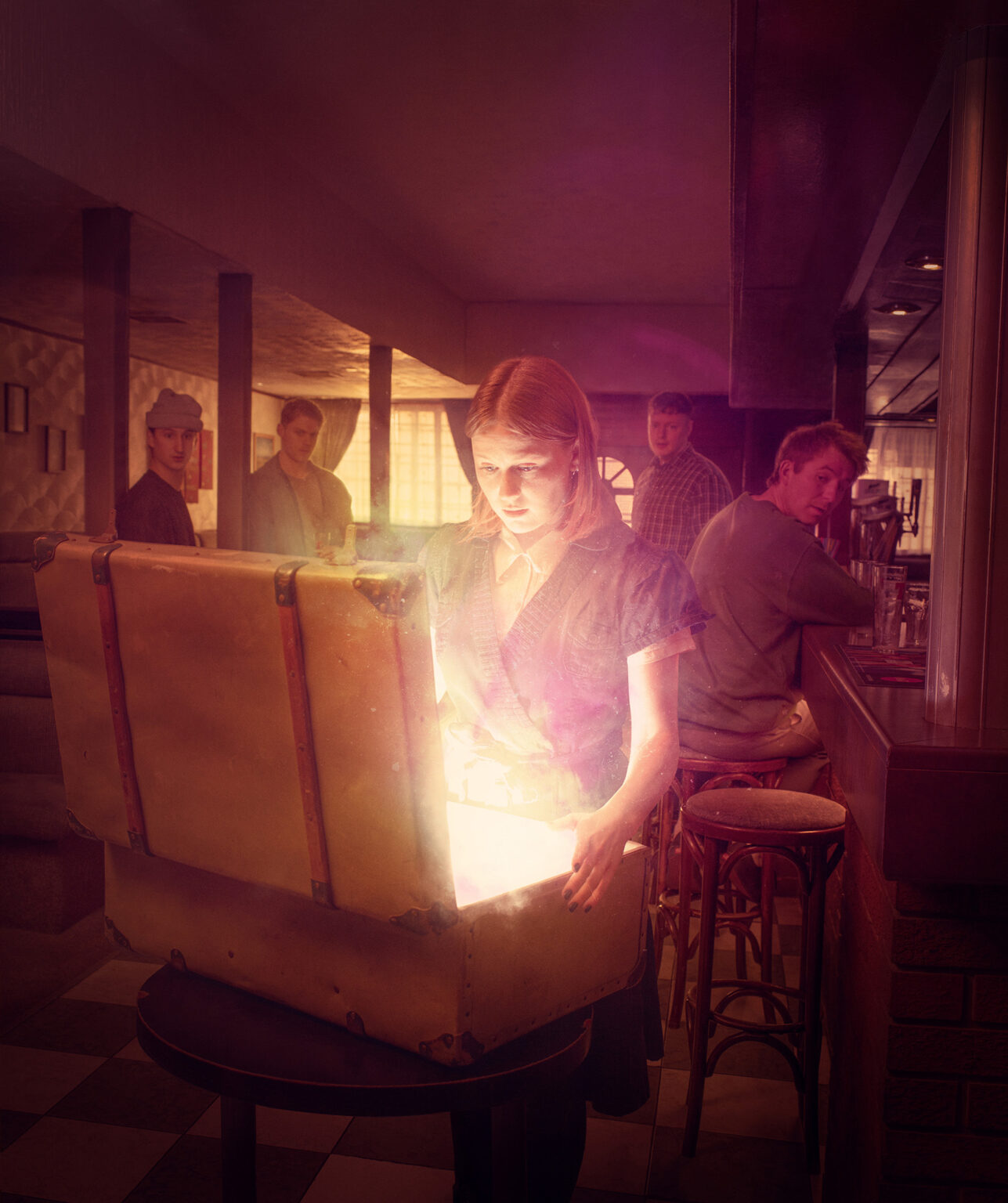 549: Scots of the Spanish Civil War

Boisterous and brilliant retelling of important episode in Scottish history

1936 saw General Franco lead an uprising of the so-called Nationalists against the elected Republican government in Spain, resulting in the Spanish Civil War. Most of you will know how that story ends. That same year, 549 people from Scotland left their homeland to travel to Spain and enlist with the International Brigade, a ragtag bunch of ill-equipped, untrained volunteers who came from all over to support the Republican defence and the fight against fascism.

When Wonderfools founder Robbie Gordon’s grandad told him a story about four of those volunteers from Prestonpans, he was intrigued enough to embark on his own research. And thus was born this boisterous, ballsy retelling of their story. 549 Scots of the Spanish Civil War starts in the present day as four lads find an escape from their own disgruntlement in their Prestonpans local on open-mic night.

This is one of those shows where it pays to arrive early as we wander into the theatre to find the open-mic night in full swing, with a rousing rendition of various Scottish anthems accompanied by guitars and a melodica amidst the bar stools and half-drunk pints. A spooky series of events involving a mysterious suitcase leads to a lock-in and landlady Ellen (Rebekah Lumsden) recounts the tale of the suitcase’s owner – flipping us back in time to the soaring unemployment, soaring costs world that led the four protagonists to offer their services to the International Brigade.

This is a cracking production of an interesting script accompanied by incredible songs from Gordon and Jack Nurse, which recounts an important – and little known – episode in Scottish history. The fight scenes in particular are inventively choreographed and stunningly lit thanks to Benny Goodman. The four pub-goers/soldiers (Martin Donaghy, Dylan Wood, Cristian Ortega, and Gordon himself) bring vigour and passion to the story that underlines its poignant conclusion. Billy Mack delivers a nicely understated performance as the one-time soldier seeking peace, while Lumsden’s final rallying cry against oppression is electrifying.

This is no romanticised rendition of cheerful camaraderie of the battlefield: all the awfulness is laid bare. There’s plenty of bad language and the modern day disillusionment serves as a cautionary counterpoint to the historical tale. All in all, this makes for an excellent show strengthened by the addition of an in-venue exhibition and fascinating digital archive that rams home the point that all of this really happened. Wonderfools toured with this production a few years back but this reprise is a timely reminder of the importance of taking a stand to fight for the things that matter.