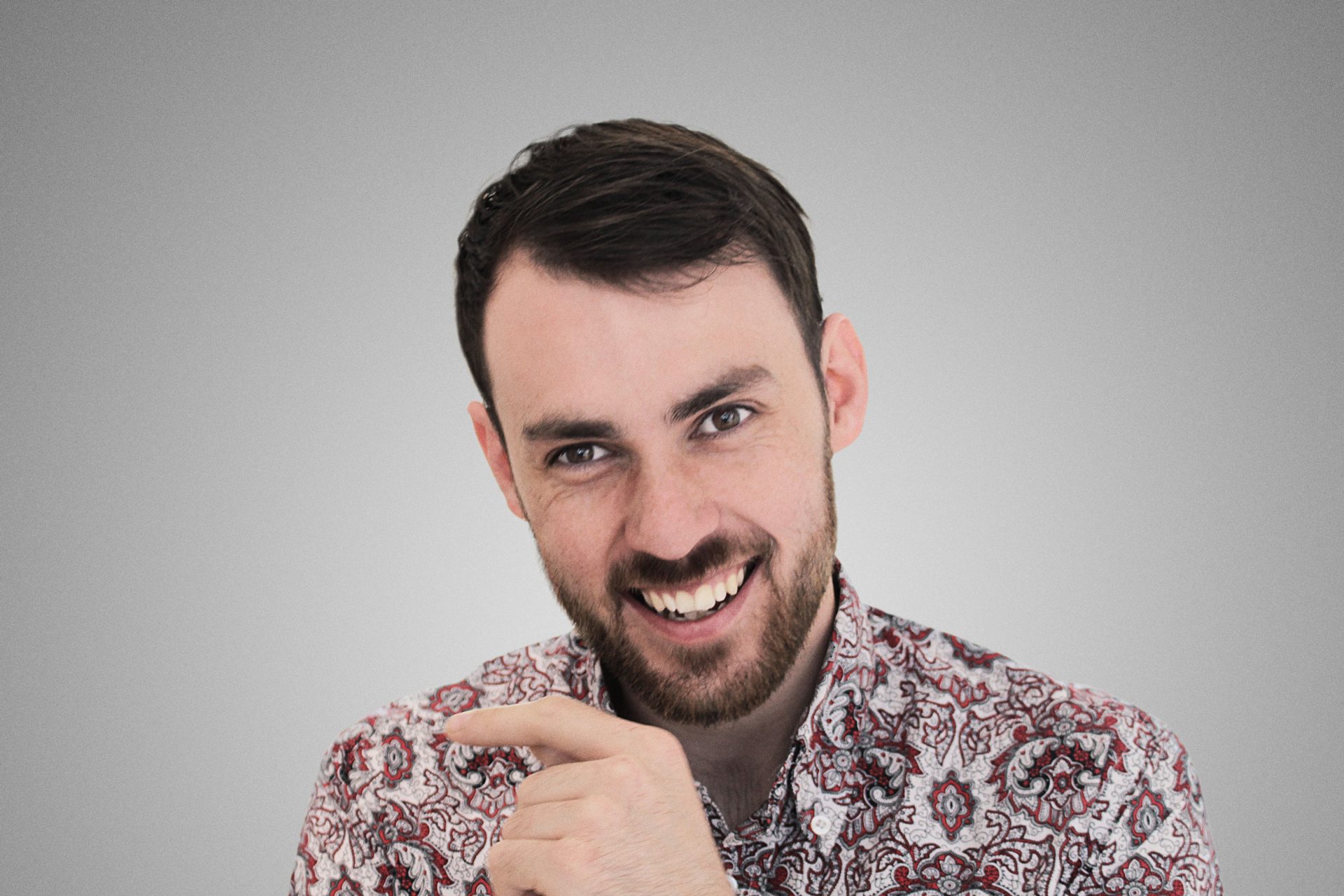 As the title suggests, stand-up Alex Hylton tells us from the off that this will be a rom-com of sorts. After welcoming us amiably like a group of friends, he begins the show by rating himself as a ‘7’ and goes on to detail, via funny observations, why this is pretty reasonable – comparing himself to Hollywood film stars and knocking out other groups below him on the scale one by one. The rest of the show follows on from here, looking at self-image, dating, and one significant romantic relationship that began in 2019.

Sticking with the focus on appearance, Hylton performs a segment about hair loss and manages to make this topic last for a fair while, squeezing out celebrity references and anecdotes about friends. Perhaps we could move on a little more swiftly from this but we can’t help admire his honesty about his insecurities.

Similarly, he reflects on the changes he made to himself and the pretences he put on in order to win affection from his girlfriend and move towards being a better version of a Hollywood rom-com star: yoga on a first date and an entire shift to veganism from being a meat-lover. Here, he laughs at his own self-righteousness before the audience can and turns potential heckles into jokes at his own expense.

The routine then moves away from romance towards Hylton’s struggles as a working comedian. He compares ‘middle-class poor’ to ‘working-class poor’, again using self-deprecation to his advantage, and describes himself as a ‘lone wolf’ who enjoys his own company. He also then illuminates several of the difficulties of putting on a Fringe show, honestly detailing the associated costs and making it clear that bringing a show here is a huge financial risk when you don’t have the backing of a major venue or PR team behind you. Amidst all of this, though, he rejoices in the support of his partner, and makes his adoration obvious.

The finale of the show is surprising and quickly creates a new atmosphere that deliberately jolts us – and which won’t be spoiled here. What is most memorable about Hylton is his gregarious performance style. He is perpetually animated and friendly, and there is a heavy element of storytelling in Love, Probably. The set is tightly crafted and at this point in the run seems like second nature to the comic. It’s fluent, funny, and engaging throughout. This is a performer who can take charge of a room.