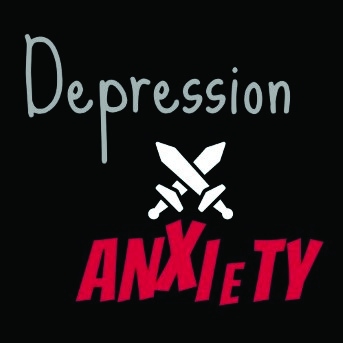 Our comedians battle it out to decide which mental illness is funnier.

What’s an unusual but effective treatment for depression…. stand-up comedy

In Anxiety vs Depression: A Comedy Game Show our energetic compere Moni Zhang welcomes the audience in, asking the important questions: ‘Depression? Anxiety? Or both!’ This dark, comic stand-up showcase neither shies away from the topics at hand nor talks incessantly about them. It is framed as a quiz show with two teams competing for the audience’s cheers over three rounds, to see which mental illness is funnier.

Tonight on Team Depression is Kylie Vincent and Philipp Kostelecky, while on Team Anxiety we have Ed Mulvey and Mihai Tartara. For the first round, they face off in some stand-up. Vincent is up first with an honest and open set, where we find out the advantages of having a disabled assistance dog. She’s followed closely by her teammate, Kostelecky, whose energy is as engaging as his observations are sharp – after all, the cost of one therapy session would buy a lot of ice cream! Tartara starts for Team Anxiety with his unique perspective and anecdotes, including why squat toilets are the scariest. While finishing up the final round Mulvey shares with us his paranoia about offending his local off-licence, rounding this section off nicely.

The second round challenges the teams to respond to different premises. It suffered early on from the concept not being clearly explained and the comics, having not been briefed, were not fully prepared to be thinking on their feet. However, they soon warmed up and produced some gems, responding better to some premises than others – the highlight being, ‘What’s an unusual but effective treatment for depression…’ ‘Stand-up comedy!’

Finally, the chance for the audience to ask questions about mental illness rounds off the show. Though this round is highly dependent on the audience, it is well compèred and the promise of a prize provides a nice incentive for participation. Both this and the previous round suffered from the small space; having only one microphone would work well to stop anyone from talking over each other, but it helps if people can reach it!

A great idea for something different from a regular stand-up showcase, Zhang’s fast-paced comedy and excitement made up for the guest comedians not knowing each other beforehand and so not bouncing off each other as well as they might. It makes for a fun way to see a snapshot of some of the shows on offer, while providing an important platform to talk about these common conditions.

This show embraces the dark subjects of its title, without being flippant and without shying away from the prevalence of mental health issues in both the general public and particularly amongst stand-up comics. While some parts are not as smooth as others, Zhang’s energy and enthusiasm carry everyone with her and keep up an excellent atmosphere. As for which illness is funnier, you’ll need to watch and see.