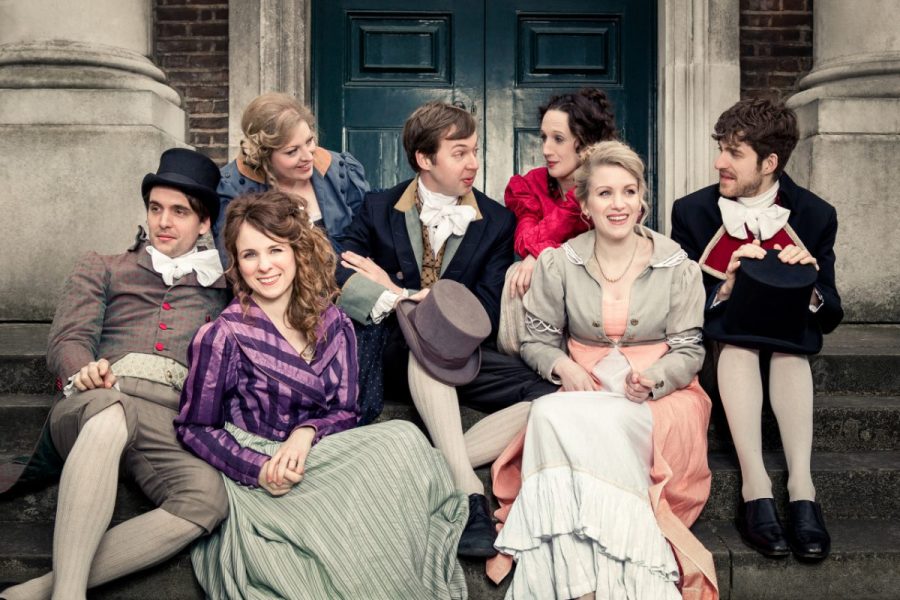 [Rating:5/5] Fast on its way to becoming a Fringe institution, Austentatious returns for more bonnet-based hilarity.

Often the most talented improvisation comes within a strict genre setting. If the audience thinks they know what to expect, then flouted conventions and deliberate cock-ups will make the results even funnier, and although this may be a somewhat half-baked theory, it suits Austentatious down to the ground. This is improvisation so good, it appears to be effortless.

Since starting off in the Free Fringe several years ago, the show has moved onwards and upwards, now packing out the Underbelly’s giant purple cow. The premise is the same; a few audience suggestions of prospective titles (in this case, Platypus and Palaeontology) are all that the cast have to go on to build a sharp, succinct comedy of manners. Previous titles include Steve—a Sequel to Emma, Pride and Extreme Prejudice and, intriguingly, That’s Not Alan!

Of all there is to enjoy in the show—and there is enjoyment by the bucket-load—one of the most impressive things is how well the plot flows, given that the whole thing is made up on the hoof. The performers know each other well enough to riff on snatched ideas and go berserk with them, producing great running-gags in the process. This particular performance takes female emancipation, two men called Charles and a whole heap of Friends references, and stitches them together into one hilarious whole.

Austentatious have found a solution to the fact that Austen, beloved though she is, left us with only six completed works: they will pull many new ones out of the hat over the next two weeks and knock them out of the park every single time.