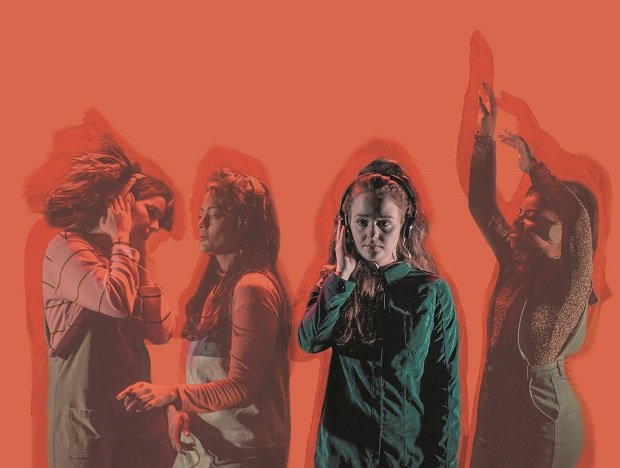 The makers of Bible John might be somewhat surprised by recent piece in The Cut – Is True Crime Over? The widespread obsession with serial killers in recent years, particularly among young women, is the central concern of their play, presented with the assumption that it continues to flourish unabated. Certainly, it does appear on the surface that playwright Caitlin McEwan is tapping into a woefully under-explored aspect of the zeitgeist, given the enormous popularity of programmes like Making a Murderer and podcasts like Serial and Real Crime Profile, and the fact that the shared traits of the primary fan-base makes for a particularly perplexing Venn diagram – today’s true crime obsessives are female, politically left-wing, feminist and battle, perhaps disproportionately, with mental health conditions such as anxiety. This is undoubtedly fertile ground for some interesting discussion. But has McEwan perhaps just missed her moment by a hair’s breadth? Is the cultural phenomenon she’s exploring now coming to an end, as posited by The Cut? If it is, does this negatively impact the power of the play? Well… yes and no.

Bible John considers the ethics of the ubiquitous true crime podcast, asking if it’s morally acceptable for stories of victims of violent crime to be used for entertainment, reported on and analysed by writers and presenters who rarely have any connection to the cases, nor any background in law enforcement. Some even have fairly limited journalistic experience.

Bible John tries to delve into sensitivity issues surrounding the true crime genre, but sometimes with only limited success. While simultaneously arguing that it is wrong to appropriate victims’ stories, the actors literally dress up as and adopt the roles of victims of Glasgow serial killer Bible John, affecting some unconvincing Glaswegian accents to do so. While the anti-naturalistic presentation of this section of the play clearly aims to absolve them from accusations of hypocrisy, it still doesn’t sit entirely well. Similarly, towards the end of the play, the assertion is made that they should not use the name of the perpetrator, as doing so serves to glorify him and his depraved crimes. This makes sense, and is a tactic adopted by the likes of Criminal Behaviour Analyst Laura Richards, but again seems a little hypocritical given the title of the play, and the fact the audience are given badges with ‘I am not BIBLE JOHN’ emblazoned on them as they leave. Whether McEwan is engaging in self-reflexive irony is not satisfactorily clear. Furthermore, the intermittent breaking of the fourth wall is helpful and clarifying in some places, but feels clumsy in others.

Make no mistake, however, there is a tremendous amount to be commended about the production. The performances of all four of the actors, aside from the aforementioned Scottish accents, is slick and compelling. The video elements serve to quickly establish the particularly niche premise and successfully convey shifts in tone throughout. The script is clever and appropriately captures the unlikely, but surprisingly effective, combination of humour and seriousness that is central to the appeal of many of the podcasts to which they are obliquely referring. Particularly effective is a sequence at the end in which they explore the reasons why women, constantly aware of the omnipresence of threat in a world blighted by gender violence, turn to true crime as almost an unconscious form of armour: preemptive research in the name of self-defence. Some of the physical portrayals of this concept are genuinely inspired. Intelligently, McEwan has attempted to critique the cultural products that feed our morbid fascinations, while still presenting the impulse towards this kind of curiosity as a valid expression of deeper and more complex societal concerns.

This is an insightful, well-intentioned and admirably ambitious production, but its ultimate success is hindered by a central paradox – for those already part of the subculture it is exploring, none of the takes it presents will be particularly new or thought-provoking – they might even be a little passe. For those not swept up in the true crime obsession of recent years, the relevance and significance of the ideas is liable to be compromised, if not lost completely. Nevertheless, it is a diverting and interesting production, which, with some ironing out and streamlining, has the potential to be a truly innovative and important piece of theatre about the female experience- whether the current true crime trend continues or not.