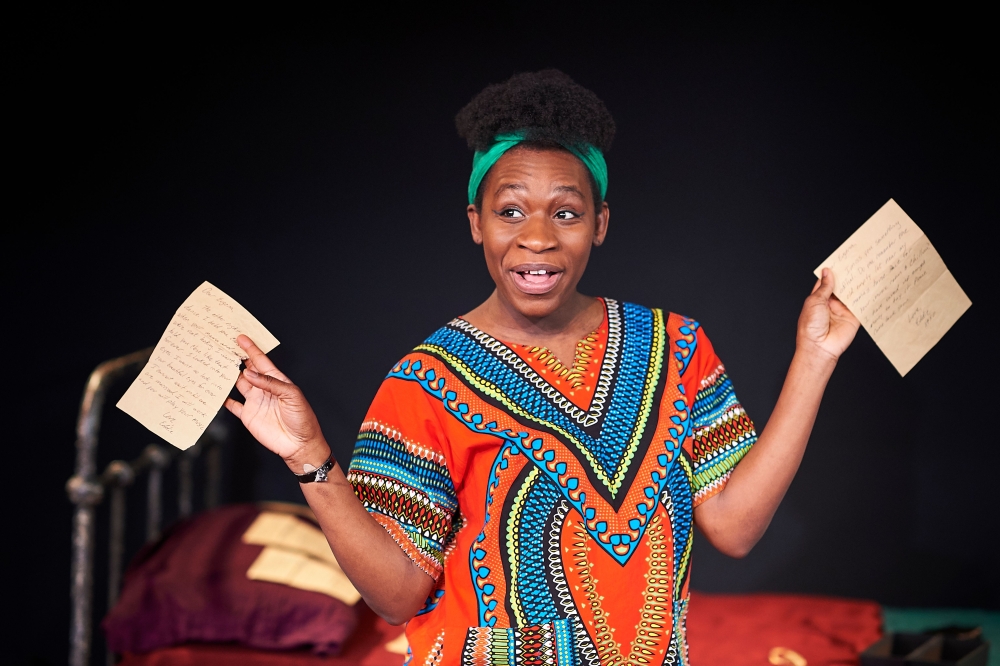 Black is the Color of My Voice

Apphia Campbell is a very talented singer and performer, and this one-woman show, which began life at the Edinburgh Fringe, is a moving experience indeed. Campbell’s show is a thinly-disguised Nina Simone biography, with a great repertoire of songs adding depth and emotional heft to a monologue recounting some of her life’s ‘quiet storm’. From the moment she strides onstage, in trademark hairwrap and technicolour shirt, we know who this is. And for those who only encountered the music through the later re-release of My Baby Just Cares for Me, this show is a well-curated introduction to the wonder and tragedy of this great artist.

And so, we watch ‘Eugenia Williams’ in her journey from a 1930s childhood in North Carolina to musical success as ‘Mena Bordeaux.’ But the roadblocks of entrenched racism inevitably intervene, and her ambitions to be the first black concert pianist – Carnegie Hall is the dream – are thwarted. Nevertheless, she has absorbs the power of Gospel, and with that voice, a musical career beckons – even if singing and playing what her Mother called ‘The Devil’s Music.’ A simple set of a bed and dressing-table with scant props allows us to follow the mesmerising and plaintive longing for a cherished late father. It is with tender jazz tones, suffused with emotion, that we bathe in a marvellous sequence of songs.

The soundtrack strains of Go Tell it on the Mountain give way to the pathos of the Gershwin standard I Loves You Porgy –  Simone’s breakout hit. Jay Hawkins’ I Put a Spell on You is followed by the beautiful, nuanced Love Me or Leave Me. This 1928 song by Walter Donaldson and Gus Kahn was and remains a sadly perfect fit, linking the Ruth Etting biopic charting the singer’s troubled marriage, to Simone’s own difficult and abusive relationship with her husband. The setlist is magnificent, covering both dazzling, impassioned interpretations of others’ songs, and Simone’s powerful creations. We delight in the zest and freight of her own Mississippi Goddam and the traditional Appalachian Black is the Color of My True Love’s Hair, and – finally – vital, barrelling interpretations of Feeling Good and Ain’t Got No, I Got Life.

There are naturally echoes of other iconic black singers who created magic in unsympathetic times – Billie Holliday, Bessie Smith, Etta James, Dinah Washington spring to mind – but Simone’s travails and heroic pitching of herself into the fray perhaps deserve fuller treatment. The struggles with drink, drugs, and financial and mental health difficulties are part of the story, too, and the show’s structure unquestionably leaves the audience wanting to hear and know more. That said, Black is the Color of My Voice works well, and the pleasingly substantial Inverness audience are on their feet, applauding Campbell’s fine writing and performance with rare enthusiasm. She captures not merely the elegance but also the integrity and uncompromising commitment of the singer. If there was ever a show that needed to grace a more intimate venue than Eden Court’s Empire Theatre, however, this is it.