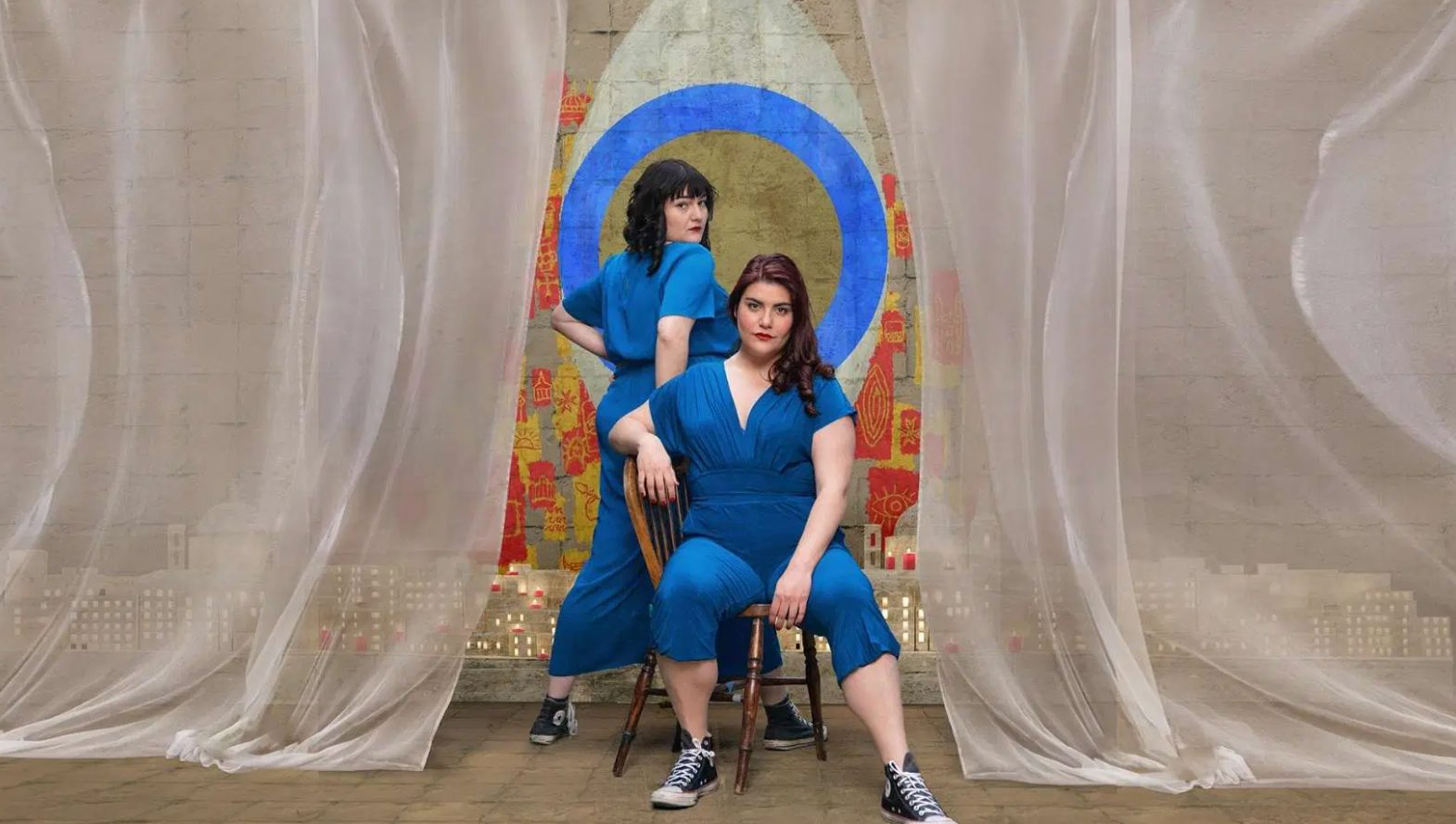 Blanket Ban is Fringe theatre as its best. A brand new play, a rough and ready (but brilliantly inventive) staging, two cracking actors and an incredibly timely topic that will (should) make you weep. This is a show about abortion in Malta. Despite world-leading legislation protecting human rights in almost all other respects, abortion is illegal. Under any circumstances.

Davinia Hamilton and Marta Vella are both from Malta. They both still have family there. They set out to find out more about what this means in practice – and how this apparently progressive country does so little to protect this fundamental human right.

Calling it verbatim theatre feels like a disservice as it is kind of is verbatim theatre. The show includes video footage of both women who bumped up against the law in (spoiler alert: uniformly nasty) ways and experts in the subject, attempting to understand how the situation arose and is maintained. It also includes testimonials shared by the actors themselves, sometimes dramatised and sometimes simply recounted.

But it also contains musings on the deeply religious and traditional patriarchal society that clings like a limpet to the little island(s) and on the curious tension between the welcoming, nurturing nature of the Maltese people in contrast to the more or less universal popular opposition to (in this matter only) individual choice.

Directors Sam Edmunds and Vikesh Godhwani have put together a fast-paced, punchy and powerful production. The team make great use of the space, of curtains, projections, costume along with a plethora of props (courtesy of designer Cara Evans) and sound effects to whisk the story from scene to scene with barely a pause for breath. Hamilton and Vella are versatile performers, explosively energetic, full of fun and yet their sincerity and commitment to the topic shines through.

This is a tough issue to take on in current times and the production doffs a cap to events in the wider world. And it’s important to recognise that while Blanket Ban seeks to defend what the production considers to be a fundamental human right, they’re not advocating ill-considered or cavalier use of abortion.

This is a powerful, punchy play that will make you laugh, might make you cry and is likely to leave you wanting to rush out of the theatre and – at the very least – go sign some petitions.