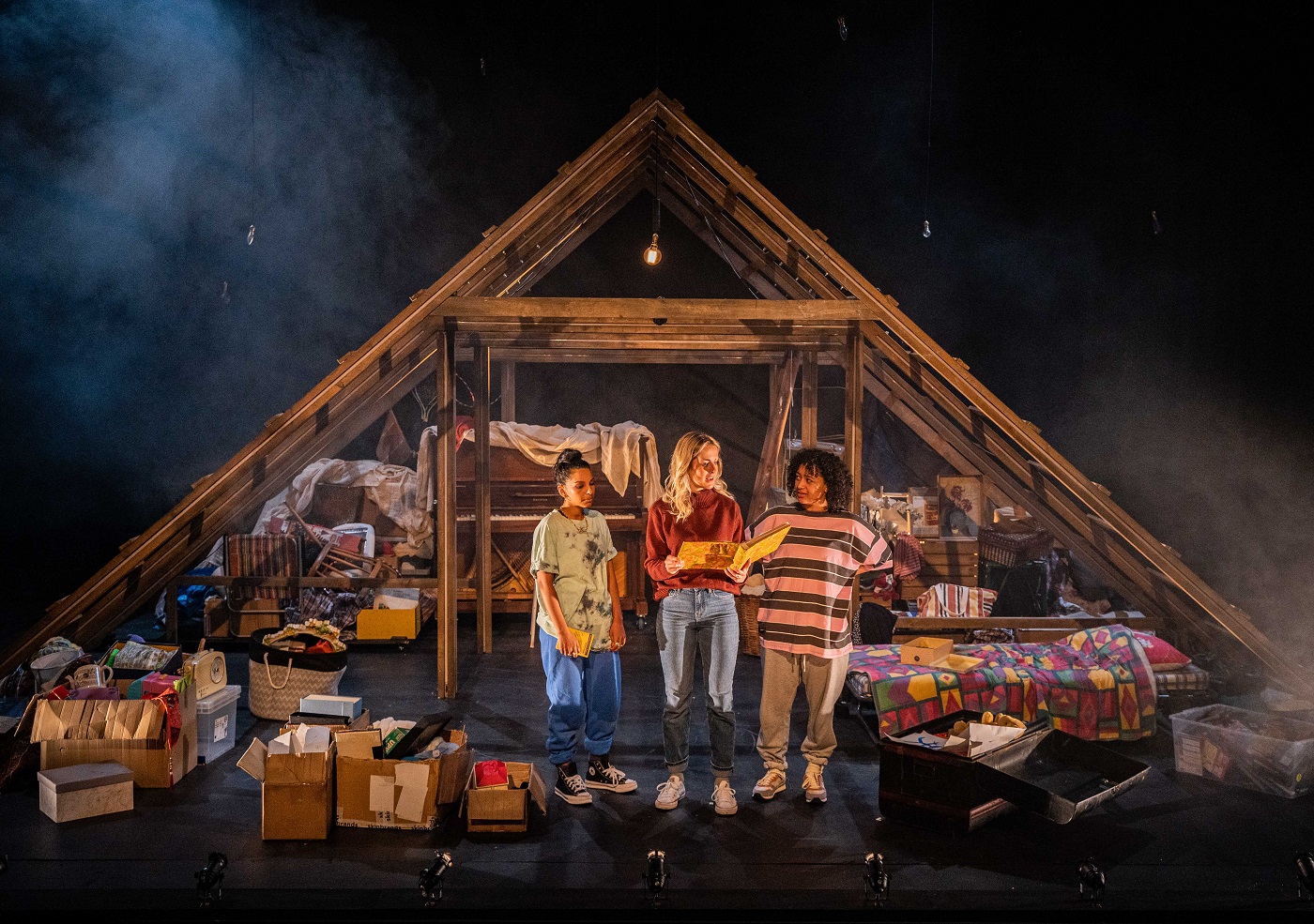 Anna, Maia and Chloe are sisters. Chloe’s been frantic, trying to organise their mum’s funeral. Maia’s drifting, too busy scoring hits at the local park to offer much in the way of moral support, and Anna’s just about managed to find time in her high-flying work schedule to make it home in time. Finding themselves together again, they are forced to find a way through sorting out the practicalities – and top of Anna’s agenda is finding their mum’s will.

Blood Harmony is an English expression meaning the extra special sound that siblings make when they sing together. Show creators Matthew Bulgo, Jonnie Riordan and Jess Williams have pounced on this expression and turned it into a play with songs that accentuate each character’s emotional journey.

Philippa Hogg’s Anna is superbly super-irritating as she bustles about the attic, is she trying to organise her siblings – or is she just trying to organise her own feelings about her mum? Keshini Misha is flippant, distant, and distracted as Maia, struggling with worries of her own. While Eve de Leon Allen’s is magnificently big sister-ish as little sister Chloe, mothering and organising each of her elder sisters despite having put her own life on hold for years for the sake of caring for her mum.

The show features an ethereal soundtrack by indie-folk band The Staves. The various songs chart the characters’ emotional journeys and just as you’d hope given the show title, the harmonies are sweetly lovely. Most songs have a musical accompaniment though the acapella pieces really show off each actor’s vocal purity and strength. As can be the way with plays with songs, there’s a bit of a sense here that the songs are slowing rather than advancing the narrative arc though that’s no discredit to the music itself.

Hayley Grindle’s set – a wooden frame that houses the attic with all its accompanying junk – is brilliantly versatile and Charly Dunford’s smartly creative lighting allows the sisters to escape the confines of the attic when the story demands it. Williams and Riordan use the space inventively to convey the claustrophobia experienced by the three sisters when they’re first flung back together again but also provides a platform to support them when the time comes to flee the nest.

This story isn’t especially new but the way in which it’s told is warm and funny and tender so the package makes for a rewarding ninety minutes of theatre.