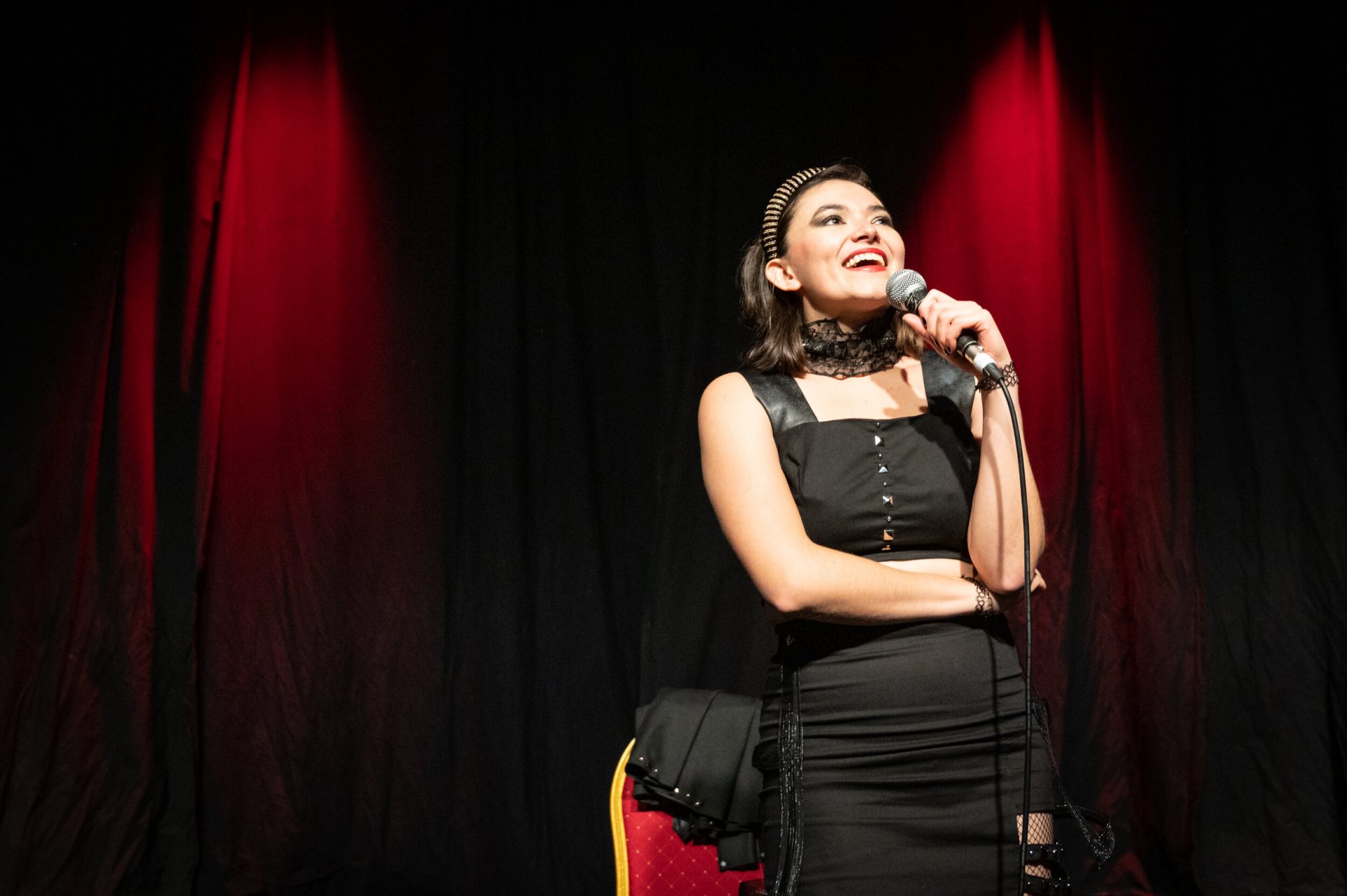 Stand up comedy and Tudor history don’t make for obvious bedfellows but in the capable hands of Olivia Miller, they make for a heady cocktail. We meet the teen Mary Tudor, daughter of Henry VIII’s first wife, Catherine of Aragon, growing up at court, excruciatingly conscious of the extent to which she’s been used as a political pawn. Which sounds a bit dry, right? But Bloody Mary: Live! is anything but.

Miller gives us a punky, spiky teen queen in waiting. She brings a sharp wit and insight to her retelling of Mary Tudor’s teen years. This is stand up and she does an awesome job of involving the audience and inviting them to share their own stories to shed light on her own experiences and frustrations. She has the stand up’s gift of being apparently unphased by the audience’s rogue contributions and she’s quick witted enough to riff off and return to their comments when relevant.

She shares the weight of her historical research lightly, skipping through Mary’s childhood and some of the – by today’s standards, appalling – circumstances that landed in her lap – betrothal aged 2, for example. She carefully packages it so we don’t ever feel we’re being lectured though by the end of the hour, this reviewer knew a whole lot more about the tensions in the Tudor court than she did before.

But what makes this show extra interesting is the way in which Miller manages to highlight the devastating impotence of this daughter of the king in her teen years – and therefore foreshadow the actions that gained the ‘Bloody’ epithet. This is unquestionably stand up but also an awesome feminist (if that were a thing in Tudor times) insight into a little slice of English history at the same time. Grab a beer, a handful of friends and hold on tight.