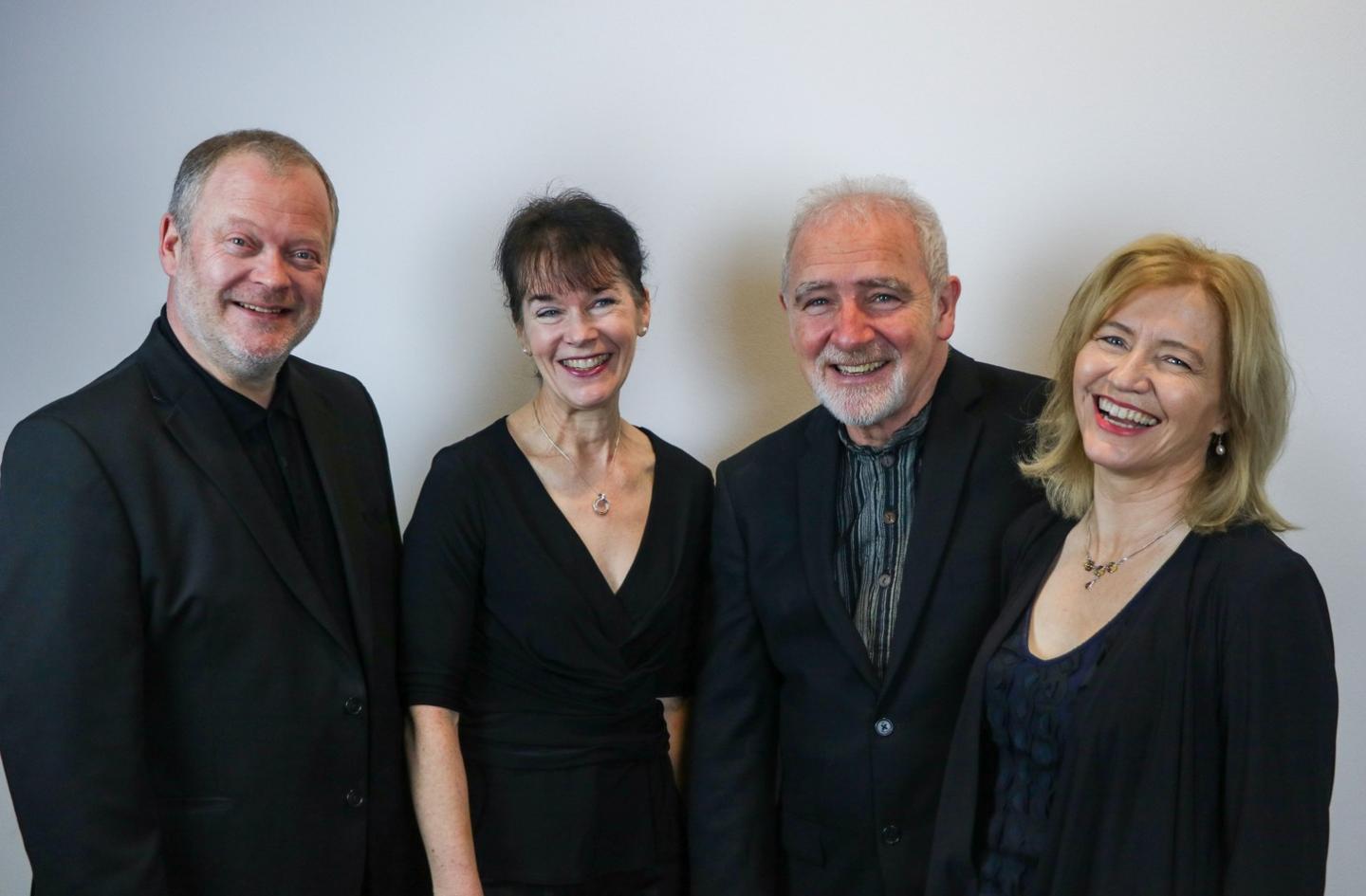 An all Elgar evening celebrates the composer's Indian summer

The Brodsky Quartet are one of Britain’s leading string quartets and the New Town Concerts Society have done very well to bring them to the Queen’s Hall for their concert series. Perhaps the fact that the Brodsky are regular visitors to the Conservatoire in Glasgow helped enable their visit. In this all-Elgar concert they are accompanied by the very experienced piano of Martin Roscoe who, when he is not teaching at the Guildhall School of Music, is to be found on the stage of the concert halls of Britain.

The concert begins with Elgar’s Violin Sonata in E minor, Op. 82, composed in 1918, towards the end of the First World War. Indeed, all the works in tonight’s concert were written at this time in a rented cottage in Sussex, which gave Elgar the peace to compose these works as well as his famous cello concerto. This lyrical work is beautifully played by the new leader of the Brodsky Quartet, Gina McCormack (only two of the original Brodsky Quartet remain), who is expertly accompanied by Roscoe. Written at a time when modern composers like Schoenberg and Stravinsky were producing challenging new music, Elgar acknowledged that it was a little conservative but he said ‘it is full of golden sounds and I like it.’ Certainly, the very full audience at the Queen’s Hall (The New Town’s Concert Society subscription model works well) enjoy it.

By contrast the next work, his String Quartet in E minor, Op. 83, is more challenging and partly reflects the modern music being composed in Europe at the time. This probably explains why it got a rather lukewarm response on its premiere at the Wigmore Hall in 1919 and is rarely performed these days.

The final work is quite a contrast. Elgar’s Piano Quintet in A minor, Op. 84 is a work of great beauty and lyricism and is beautifully played by the Quartet and Martin Roscoe. The work begins with the piano playing Salve Regina which Elgar sang as a boy in church. The second movement, Adagio, in particular, is achingly beautiful and the work concludes with great exuberance. It is played in perfect harmony by this quintet who have recorded this work recently. We are rewarded with a little Elgar encore, a work appropriately called Adieu. Although, an all-Elgar concert might have seemed challenging, the Brodsky and Martin Roscoe convince us it is worthwhile.