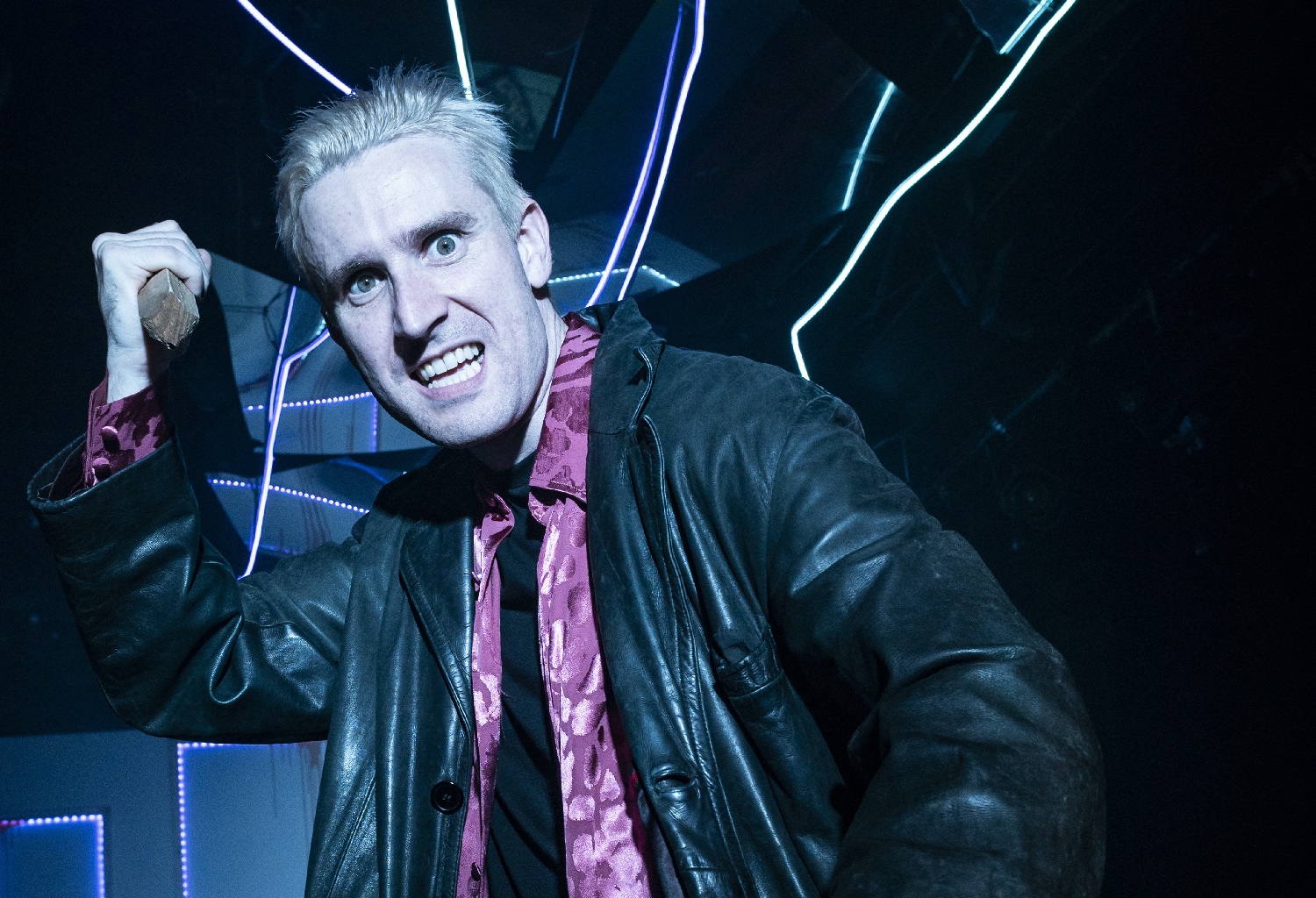 You hear the unmistakable guitar and your excitement builds – it’s that time of the week – Buffy is on! It’s been 20 years; 20 long years since the Hellmouth was finally sealed, but tonight it’s back, and hosted by the vampire who was there for much of it – Spike.

This Billy Idol of the Vampire world, played by Brendan Murphy, is back in all his demonic, bleach blonde glory to recount the tales of those seven fabulous years. Fully embracing the character’s love of pithy remarks, glib insults, and heaps of sarcasm, this retelling is as funny as it is memorable. With everything from song, to poetry, to slideshows, the highlights of each season are presented to much laughter and a massive hit of nostalgia.

Murphy keeps up the character and the energy levels throughout the performance, and his passion for the show shines through. Though some parts, such as Whistler, in particular, don’t always hit the mark most are spot on and have the audience howling. The mix of methods used to retell the series keeps everyone engaged, while the background music captures the time period of the seasons. The latter however tends to be too loud, in places drowning out the dialogue.

It is clear a lot of thought has gone into Buffy: Revamped, distilling the series into its best and most memorable parts. Many sections are very carefully worded to include subtle quotations from the show. The decision to stay away from mentioning controversies that have more recently come to light feels perhaps shallow but lets the show focus on the feelings of empowerment that many in the audience felt from watching the show originally. Murphy does however, confront the worse actions of the character Spike in the series very well and honestly.

This lively act delivers an energetic and fast paced nostalgic comedy. From the more obvious references, to subtle wording that will tickle a faint memory until you remember exactly where it is from in a wave of recognition. It is a real delight to anyone who grew up watching the series, and though there is some explanation of the plot, this show is squarely aimed at fans of the show who will revel in the call backs.