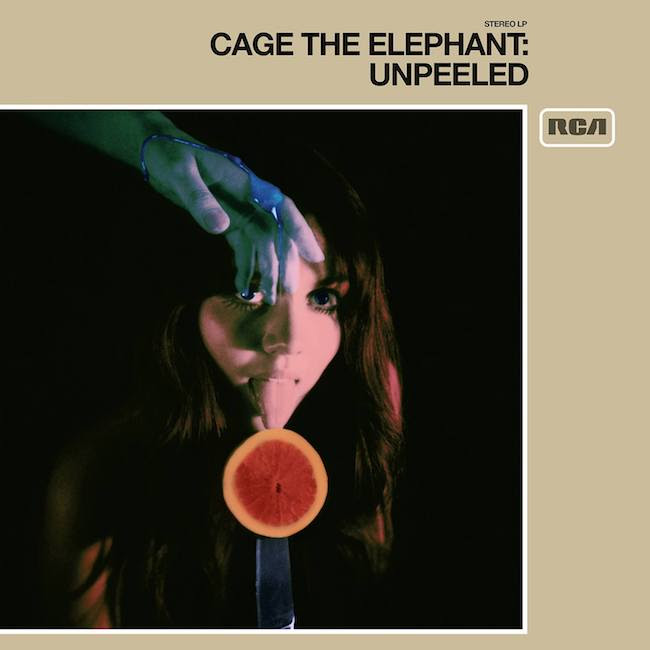 Acoustic music doesn't need to be relaxed, as Cage the Elephant show with their blistering new record.

Hard-hitting American six-piece Cage the Elephant release their new record Unpeeled with an alternative approach to the usual alternative sound.

A band synonymous with dynamic performance decided this time to not blend fresh oranges into a tantalising cocktail, but instead carefully strip back the layers and reveal the origins of their unique flavour. Admitting that in their youth the majority of songs would be written acoustically, the prospect of re-recording hits of their previous four albums in this manner seems a fitting experiment. With an eclectic concoction of well-knowns – majorly from their two previous albums Melophobia [2013] and Tell Me I’m Pretty [2015] – as well as a few individually reworked cover tracks (by the likes of Wreckless Eric, The Stranglers and Daft Punk), Unpeeled welcomes live performances from Cage the Elephant on a rawer tour boasting both intimate and head-banging moments.

Their unique sound (which can communicate a funky, bluesy, alternative, country-esque rock) is definitely not lost despite the stripping back of the record. It’s launched with Cry Baby, a typical example of Cage the Elephant workings; pumping guitar rhythms and discordant tones form a modern off-beat swing. This is then followed by their first cover of the album, Whole Wide World, introducing string accompaniment in the background to bring a lovely contemporary-classical twist.

As the album unfolds, the backing strings create added theatrical undertones, guiding the stories being uttered by Matt Shultz’s lyrics. A new experiment in Cage the Elephant’s history, their sound matures respectively with the strings, bearing striking resemblance to the swagger of The Last Shadow Puppets.

Telescope beautifully renders an illusory intimate performance. Something about this rendition moves the listener more so than other songs, which may be to do with the occasional breaking of Shultz’s voice: it is both a pain and a relief to sing. The intimate atmosphere is put to the test, however, by such tracks as Trouble and Come a Little Closer, where choruses are echoed by the crowd in rapture. The same goes for Aberdeen which, although stripped back, still ignites as an electric, adrenaline-fused, lung-bursting anthem. Even acoustic can be rocked out.

The ordering of these tracks – although splendidly reworked – do unbalance the listener somewhat. The tempo and feeling of the songs seem to upend quite rapidly and the album then becomes an unguided rollercoaster from which the listener cannot debark. Perhaps it is a deliberate attempt to convey the turmoil of adversity, depression and romantic hardship – but this constant rocking of the boat begins to become a bit nauseating for the listener.

Nevertheless, before reaching for a bucket, a horizon appears in the form of the bitter sweet Right Before My Eyes at the album’s close. Beautifully devastating in its execution, it seems like a goodbye. Is it? For this record, yes. But for Cage’s future career? Doubtful.