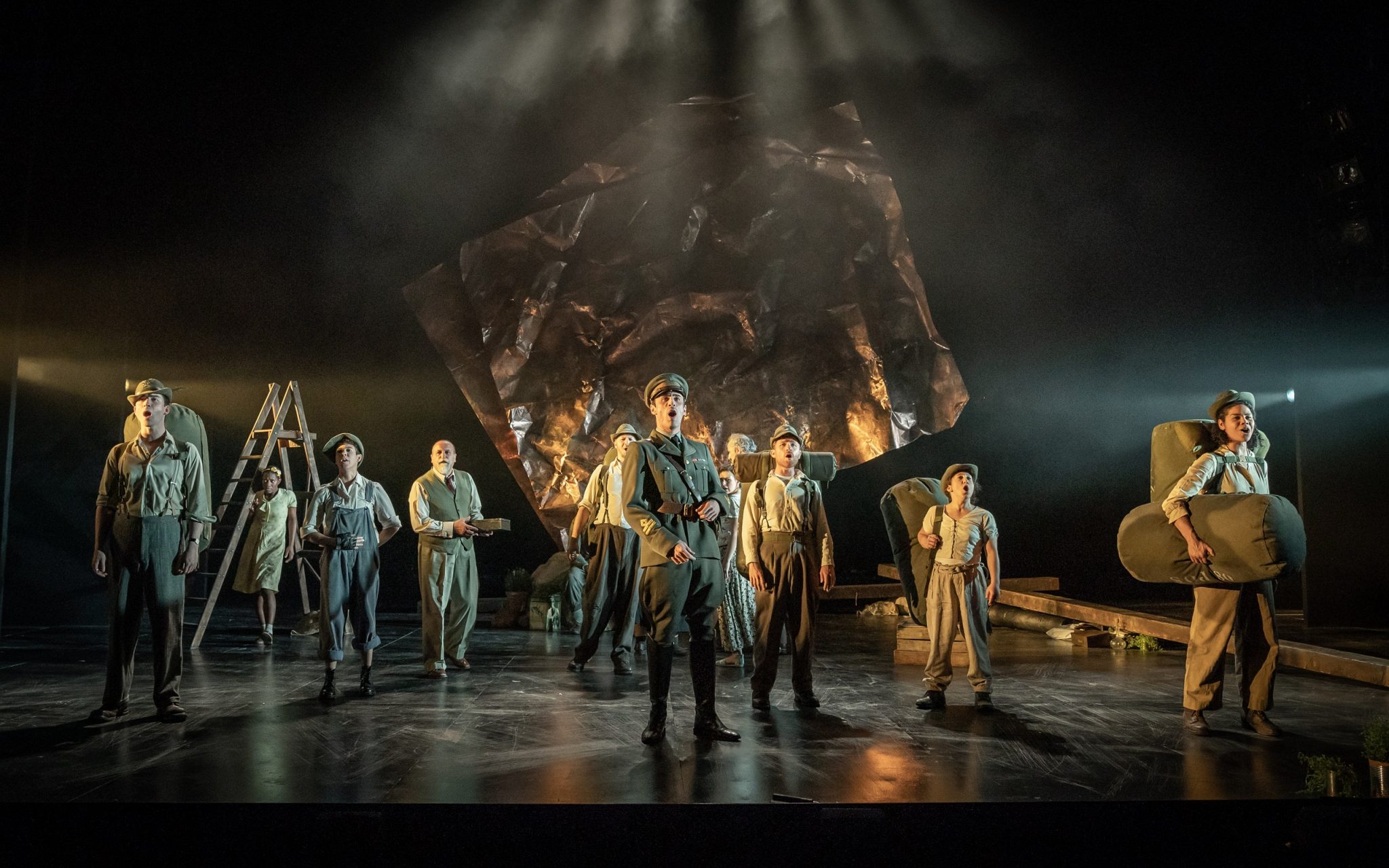 The year is 1941 and peace on the idyllic Greek island of Cephalonia is disrupted by the arrival of invading Italian and German forces. Pelagia, the headstrong and beautiful daughter of the local doctor, must navigate an increasingly dangerous political landscape, as well as carrying out her usual duties of cooking, taking care of the family’s goat, assisting her father in his medical work and discouraging him from repeatedly urinating on their herb garden. Her fledgling romance with local swain, Mandras, is tested to the limit by his involvement in the war, and matters are complicated further when she finds herself desperately in love with her community’s  sworn enemy – Captain Antonio Corelli, an officer in the occupying Italian army. Corelli’s charisma, keen intellect and musical ability set him apart from the locals, and indeed his fellow soldiers, making him the only man around able to decidedly turn the head of our independent, discerning and ferociously intelligent protagonist.

This production of Captain Corelli’s Mandolin , adapted by Rona Munro and directed by Melly Still, is ambitious in its attempts to capture the epic romance and drama of Louis de Bernieres’ celebrated novel. It is, in many aspects, successful in this aim, but feels somewhat overstretched in places, like it is trying to cram a little too much into the limited physical space of a  theatre and the running time of a conventional stage show. Despite a flawless performance by Madison Clare as Pelagia and similarly assured turn by Alex Mugnaioni, who seems to embody the irreverent charm and easy charisma of Corelli, the central relationship doesn’t get enough time to flourish to make for a fully convincing passionate romance.

Similarly, the forbidden love between Italian officers Carlo and Francesco is robbed of a degree of its emotive power and sense of tragedy by being summarised in Act 1 and, despite the use of Carlo’s narrative as a framing device, feels almost like an irrelevance or afterthought. The representation of the horrors of war through choreographed movement segments is variable in effectiveness, despite being technically precise throughout. Mayou Trikerioti’s set is stylish and striking, with two large, battered metal sheets suspended above the stage, onto which images and lights are projected to anchor meaning and convey mood. This use of projection works extremely well at some points, but feels heavy-handed at others.

Happily, what are generally very high levels of technical skill displayed throughout save this production from any overly harsh criticism. Despite the mandolin-playing failing to perfectly convey the intoxicating power of Corelli’s musical genius, some staggeringly powerful vocal performances, in particular by Eve Polycarpou as Drosoula, grant the production the sense of celebratory musicality demanded by De Berniere’s original text. While some of the anti-naturalistic physical theatre elements muddy the play’s emotional waters in places, a fantastically accomplished and comical physical  performance by Luisa Guerreiro as the goat frequently threatens to steal the show completely. Therefore, the emotional power of the novel, although diluted a little, is far from diminished entirely. Despite some inconsistencies in this production, the piece is undoubtedly moving, with the romance of the story suitably complemented by the nostalgia and exoticism of the setting, and De Berniere’s signature warm humour is successfully translated on to the stage. It would therefore be a very hard-hearted, cynical critic who leaves the King’s theatre this June with entirely dry eyes.