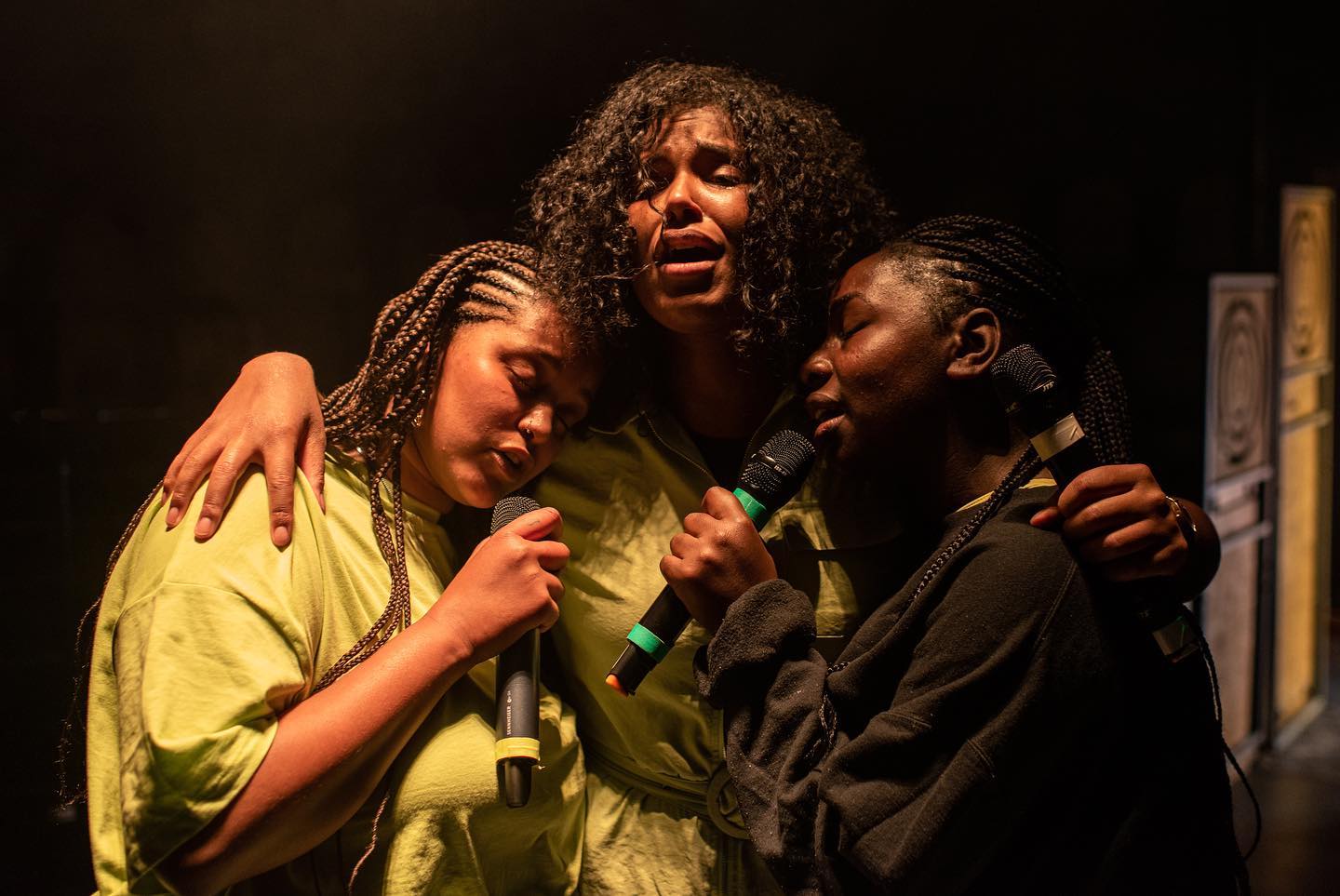 To be found in the beautiful Roundabout in Summerhall‘s car park, this is a nicely intimate production directed by Shakira Newton that enables the versatility of the talented performers to shine through. The actors sing, rap, dance, beatbox and harmonise through a mix of tweaked (twerked?) covers (a witty adaptation of Fiddler on the Roof‘s If I Were A Rich Man becomes If I Was A White Girl) and original music.

There’s some dialogue but much of the story is told through song. In some instances, this impedes the storytelling as it’s not always easy to make out what the performers are saying (or singing). But the core themes shine through. Rima Nsubuga is a sparky wannabe with a magnetic rhythm in her dance. Yemi Yohannes and Stephanie Da Silva bring a world-weary resignation and a tough, mostly good-humoured, resilience in the face of ongoing obstacles.

This is a relaxed performance: continuing tribute to the work that Paines Plough and Summerhall have done this year to make their work accessible.

There is loads in this play by Nicole Acquah that’s really important: if you’re a black actor, headshots aren’t straight-forward, you’re expected to be ‘a type’, the escalating demands and the general lack of opportunity. And of course, the apparently insurmountable discrimination. Acquah has a sharp wit and a powerful sense of justice (or injustice) but the numerous well-made points don’t ever really coalesce into a satisfying narrative.

The sucker punch is saved for the curtain call. In a strange irony, the two more experienced actors in the story  reveal that they’re both seeking representation: the problem in microcosm.