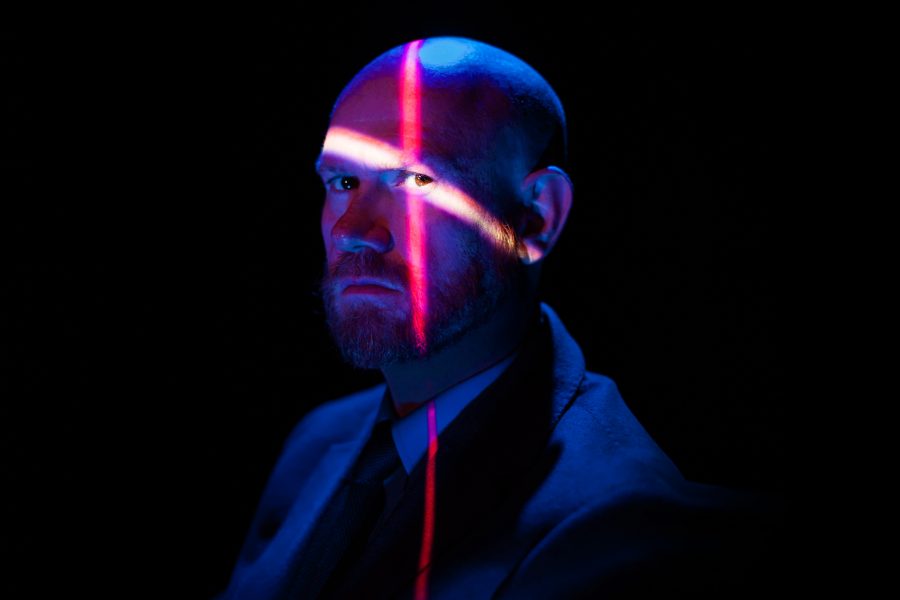 Coriolanus Vanishes is not a remake of the Shakespeare play. However, playing on that title deliberately, this is a character-centric tragedy that captivates and distresses. David Leddy writes, directs and performs the hour-long monologue, a contemporary confession of how narrator Chris ends up with the deaths of three people on his conscience. Leddy explores themes of parenthood, dysfunction, sexuality and aggression, asking us to question the lasting psychological effects of childhood trauma and consider the multidimensions of everyone: the secrets we may be hiding and the things we are capable of. And like the best tragedy, he also makes us laugh.

Through carefully crafted and sometimes brutally upfront dialogue, Leddy unrolls an intriguing narrative around Chris. We learn of his relationship with his father – our perspective of which may change throughout the course of the play – as well as his romantic relationships and his journey through the adoption process. At times we may feel pity for him, at others horror. As an actor, Leddy is magnetic – his timing, movement and openness creating a strong connection with the audience. In the programme, he notes that it his intention the show will one day be played by a female lead, an interesting notion that might add further layers to this fascinating persona.

The production design is a powerful tool here too. Stage curtains are lowered, raised, drawn in and levered apart to provide the audience with an ever-changing viewfinder, showing us Chris in bed, behind a desk, in a cell. This works in tandem with atmospheric lighting. Neon hues illuminate the entire backdrop channelling differing emotions and places with single snap-colour changes. Along with a booming alt-pop soundtrack, the show consumes, inviting us to forget we are surrounded by others in a theatre.

Coriolanus Vanishes may touch on raw nerves for some, with graphic depictions of sex, violence and death. However, this is a play that is reaching into deep psychological territory. No punches can be pulled. And for the stagecraft alone, Coriolanus is worth the ticket: at times claustrophobic, at times beautiful, always compelling.