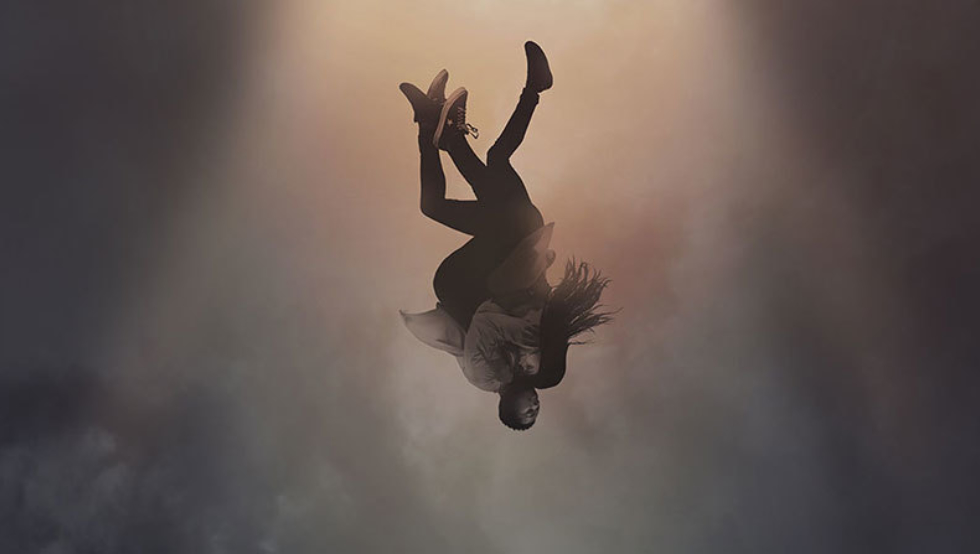 Live theatre isn’t so easy to come by these days. Though Sarah Kane’s Crave opened as a preview on Saturday and organised its official opening and press night on Monday, as a result of further changes to restrictions in England it can only play to a live audience until Wednesday. Fortunately, the show is also being live streamed from Chichester Festival Theatre, meaning the live shows will continue until Saturday to an audience outside the building, rather than in it.

Crave is a play featuring four actors who assume various roles over the course of the 50-minute piece. At once a love letter to a departed partner, a lament for a missing mother, and a howl of frustration from a disordered mind, it’s as much poetry as prose and demands a striking presentation. Director Tinuke Craig has embraced the demands of both the script and covid-related safety concerns and serves up a production that’s majestically relentless.

Designer Alex Lowde does a cracking job of conveying the grinding hamster wheel of a life ringing with loss. The set is starkly austere and the revolving stage amplifies the momentum. Joshua Pharo‘s lighting is occasionally a modicum too bright for the film cameras but is likely just the ticket if you’re sat in the audience. Ravi Deepres‘ filming adds a whole other dimension to the piece for the online audience, while Anna Clock‘s sound design builds the sense of foreboding with the cello providing melancholy punctuation.

This is a challenging script to produce as the audience is given glimpses of backstory that can be woven, into a narrative or not, as they choose. Craig embraces all of Kane’s written ambiguity, giving us a boldly unapologetic cast who rail and seduce and seethe by turns.

Erin Doherty is a spikily unassuming protagonist: taut with frustration, brimming with appalling secrets, and full of fury that life hasn’t dealt her a different hand, she seeks a peace that possibly doesn’t exist. Wendy Kweh and Alfred Enoch both bring a beautiful stillness to their roles, while Jonathan Slinger treads an eerily disconcerting fine line between achingly sweet lover and a coercive, controlling perpetrator. “You’ve fallen in love with someone who doesn’t exist,” writes Kane. Slinger does a brilliant job of leaving us wondering whether she is right.

Amidst all the misery, it’s easy to forget that Kane was also genuinely funny. “If I die here, I was murdered by daytime television”, announces one of the characters. Yet undermining all the humour is a sharply astute observation about the extent to which society struggles to support people experiencing any sort of trauma.

Aspects of the script make the timing of this show neatly resonant: “I’m much fucking angrier than you think,” says one character. Craig’s production presents its characters like moths battering against a window, trying and failing to escape an endless cycle of hopelessness. Kane wasn’t writing about the pandemic but she did write about love, loss and the struggle to be understood amidst a sad history of mental health problems, all of which feel remarkably pertinent today.

Tickets for Crave are available to buy here.