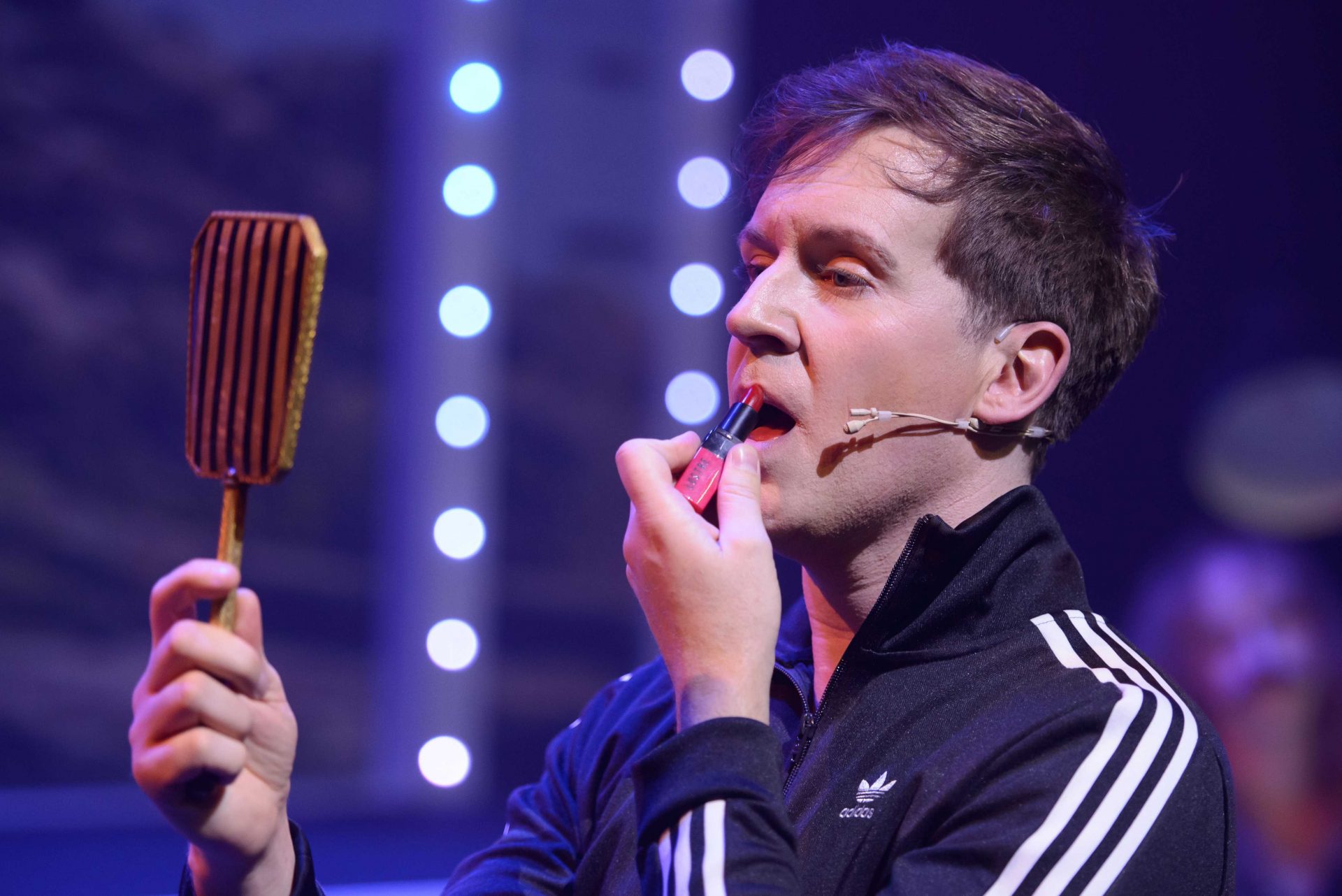 Arden performs with charisma and charm

Crocodile Rock‘s effectiveness hangs on its star, Stephen Arden, and fortunately, he’s up to the task. His character – also Stephen – reflects on his rural upbringing in Millport and his relationship with his parents. His mother understands and cares for him while his macho father can’t connect with him at all, angry with his campness and unwillingness to carry on the family business. His teenage life unfolds on stage and after a chance encounter with a flamboyant organ player, Stephen realises his future isn’t on the island.

Arden performs with charisma and charm and early on, his asides and acknowledgement of the audience build an instant rapport. It means we’re willing to join him on the musical journey – and it is a straight musical with very little unscored speech. The live music is spot on and and the songs vary from reflective ballads to upbeat rhythmic tunes and funny dance numbers. Lyrically, there’s a great mix of perfect one-liners, clever rhymes, and touching personal moments for Stephen. However, there is room for editing here – it seems like there are three or four fairly similar torch songs at the show’s climax. It could definitely benefit from ending 10 minutes earlier.

There are perhaps obvious comparisons to be made with megahit West End musical Everybody’s Talking About Jamie but Crocodile Rock has its unique Scottish flavour and the Tron audience react gleefully to familiar references and the early 90s setting. The show also manages to transcend cheesiness or contrived sympathy, instead building a genuine sense of heart, particularly in Stephen’s honest moments with his mother and interactions with his cruel father.

Crocodile Rock is a joyful musical that takes us through a fulfilling story, bolstered by skilled musicians and an outstanding central performance. Arden’s abilities are highlighted by the show’s relentless pace and he ensures we care about Stephen’s experiences and triumphs.