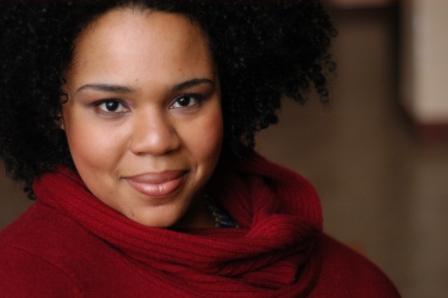 Not for the easily shocked, but Burch is charismatic and hilarious

Malcolm Tucker from The Thick of It seems like the last person you’d associate with Desiree Burch, but he springs to mind as she explains the title of her show to an excited busload. The descriptor “unfuckable” doesn’t mean that no-one wants to fuck her, but that she cannot be fucked with – and you’d better not try, apparently. Though she’s a warmer host and appears a much nicer person than Tucker, there’s definitely some of his steely determination in her warning.

It’s the first indication of a set that doesn’t hold back, with excellent results. Bob’s Blunderbus is a rightly revered if often somewhat offbeat environment for comedy, and it works as a perfect home for Burch. She urges everyone to come nearer, cheers as latecomers ascend the stairs, and seats them right in front of her face. It really is the kind of environment where a less confident comic could be brought down by a couple of hecklers, but Desiree’s audience is extremely appreciative – surely one of the most enthusiastic this Fringe.

This is lucky, as you can imagine her having some detractors. In an environment where many comics claim “edginess” with a perfunctory poke at social justice ideas, Desiree’s genuinely unafraid comedy is thrilling. She springs from anecdote to opinion, warming up slowly with reflections on how cats came to be pets (clue: it wasn’t our decision) before reaching the real heart of her set – her experiences working as a dominatrix while still a virgin. It’s a promising premise which delivers, with initially nervous giggles becoming sustained, helpless laughter that shakes the whole bus. After moving on to talk about how her show came to be – or almost didn’t – Burch’s set culminates with a take down of her former teaching boss, which manages to be hilarious while also making serious points about work, power and male entitlement. An ultimately depressing anecdote is made cathartic, the audience’s outrage adding to the force of the comedy.

Burch an incredibly charismatic performer, and by the end of set everyone seems reluctant to leave, loitering afterwards in the hope of speaking to her. In the crush of Fringe crowds buses are normally something to avoid, but if Burch returns next year, it’s worth running to catch this one.