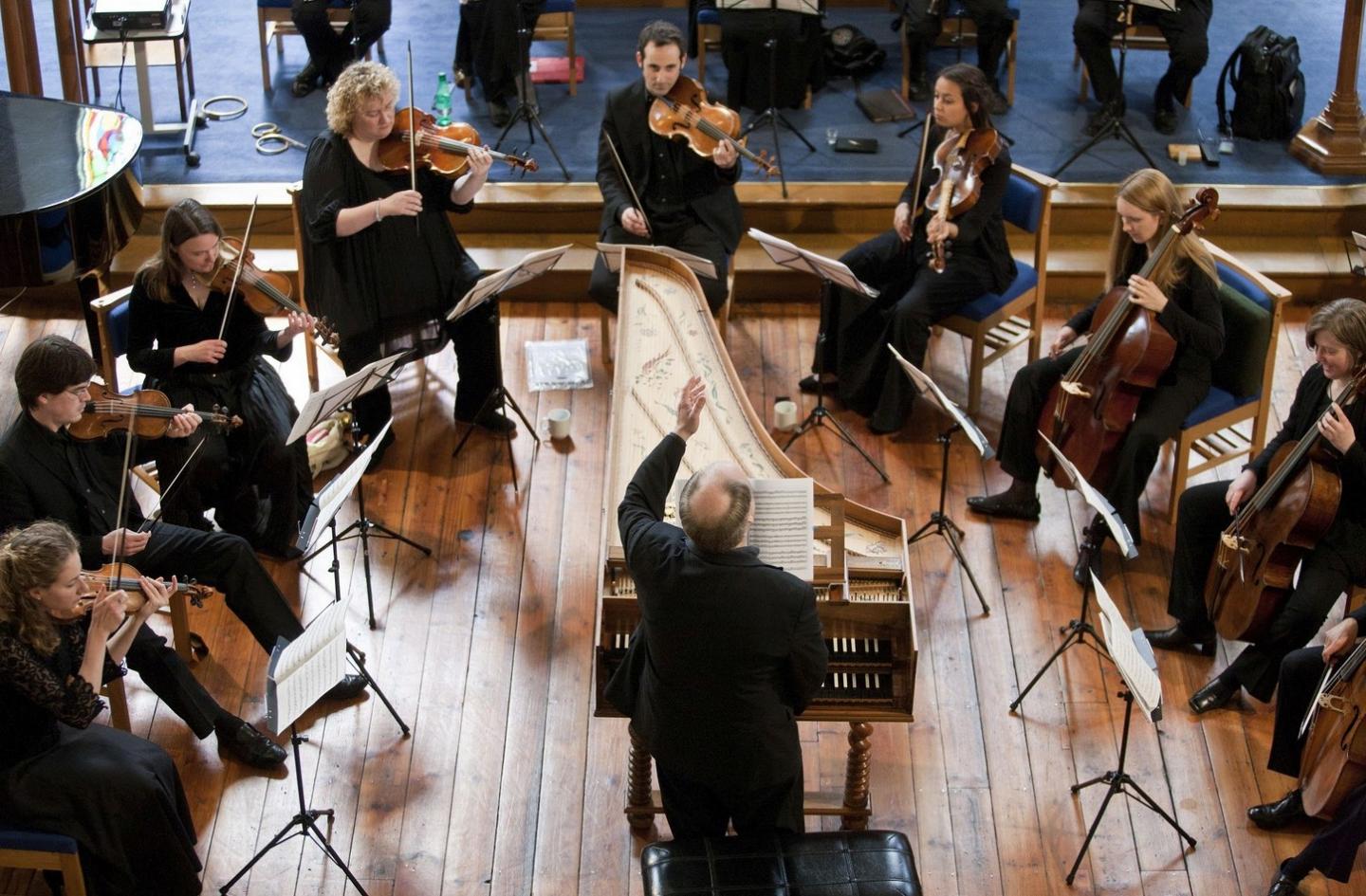 Bach's music is put to the vote!

The title of this afternoon’s Queen’s Hall concert given by the Dunedin Consort is puzzling—Bach: The Last Resort—but it all becomes clear in conductor John Butt’s amusing introductory talk. When Bach got his last and most important job as Cantor at Leipzig, he was not the obvious choice. He came from a rather lower middle class family, hadn’t been to University, and couldn’t teach Latin. So the town council considered several other candidates for the post and, indeed, some were offered it but couldn’t take it up for various reasons.

In the end, they offered Bach the job. As one of them said: “since we cannot get the best, we will have to settle for average!” Butt’s idea for this afternoon’s concert is to perform the music of some of Bach’s rivals for the job, and to contrast this with the two Cantatas Bach presented for his job application. After listening to them, the audience will be invited to vote on who should have got the job, almost 300 years after the choice was made. This is audience participation in a different way: not just applause, but paying critical attention to the works before making a decision—this could catch on!

On this occasion the Dunedin musicians are around twelve strong, including violins, cello, bass, oboe, trumpet, organ and drums. These are led vigorously from the organ by John Butt, who often sings as well as conducts. They accompany four vocal soloists and a chorus of four singers. It makes for a very good sound in the sharp acoustic of the Queen’s Hall, which has a decent audience for a sunny Sunday afternoon.

The first work we hear is by the previous holder of the post that Bach applied for, one Johann Kuhnau, who died in 1722. This is presumably to show us the standard of the music the Leipzig congregation was used to, and it proves to be of a very high standard (as, indeed, is the music of all the composer’s under consideration: clearly, German church music was in its prime around this time). Kuhnau’s work, Gott, sei mir gnädig, written in 1705, is based on Psalm 51 and is very melodic with a very fine base aria, sung today by Czech baritone Tomáš Král, who impressed recently in the Dunedin’s St Matthew Passion.

It is followed by Bach’s Cantata BWV 22, Jesus nahm zu sich die Zwölfe, which Bach wrote as a trial work for Leipzig. This is a very operatic cantata with choruses, recitatives and arias. It allows the very fine soloists of the Dunedin to display their talents and the very good back up of the chorus. Král is accompanied by long established Dunedin Consort tenor, Nicholas Mulroy; the very fine Scottish soprano, Rachel Redmond; and up-and-coming young soprano, Jess Dandy. They are assisted by a good chorus of Claire Evans, Rory McCleery, David Lee and Jon Stainsby.

The first half of the concert is concluded by Graupner, who would have got the Leipzig job ahead of Bach but couldn’t get released from his employer. His Magnificat sounds very like one of Bach’s compositions (or indeed vice versa) and it’s likely that both were aware of each other’s work, although the Bach sounds more original and inspired than the Graupner does.

The second half of the concert, after the interval, begins with Telemann’s cantata for St Michael’s Day, Siehe, es hat uberwunden der Lowe. Telemann was the composer Leipzig first offered the job to, but he was bought off by a pay rise in Hamburg. Again, his work appears similar to Bach’s, but without the unique inspiration. The concert concludes with Bach’s second work for Leipzig, BWV 23: Du wahrer Gott und David’s Sohn. Again, it has a fine range of arias and choruses that allows the singers to produce a dramatic impact.

We then take an audience vote: which composer would they have chosen amongst the candidates? Interestingly, the vote is fairly evenly split among the three candidates, and John Butt jokes that maybe we should rerun the vote rather like the referendum! A concert of comparison and judgement is certainly a very interesting concept. Bach may have been Leipzig’s last resort, but for so many he, will always be first!