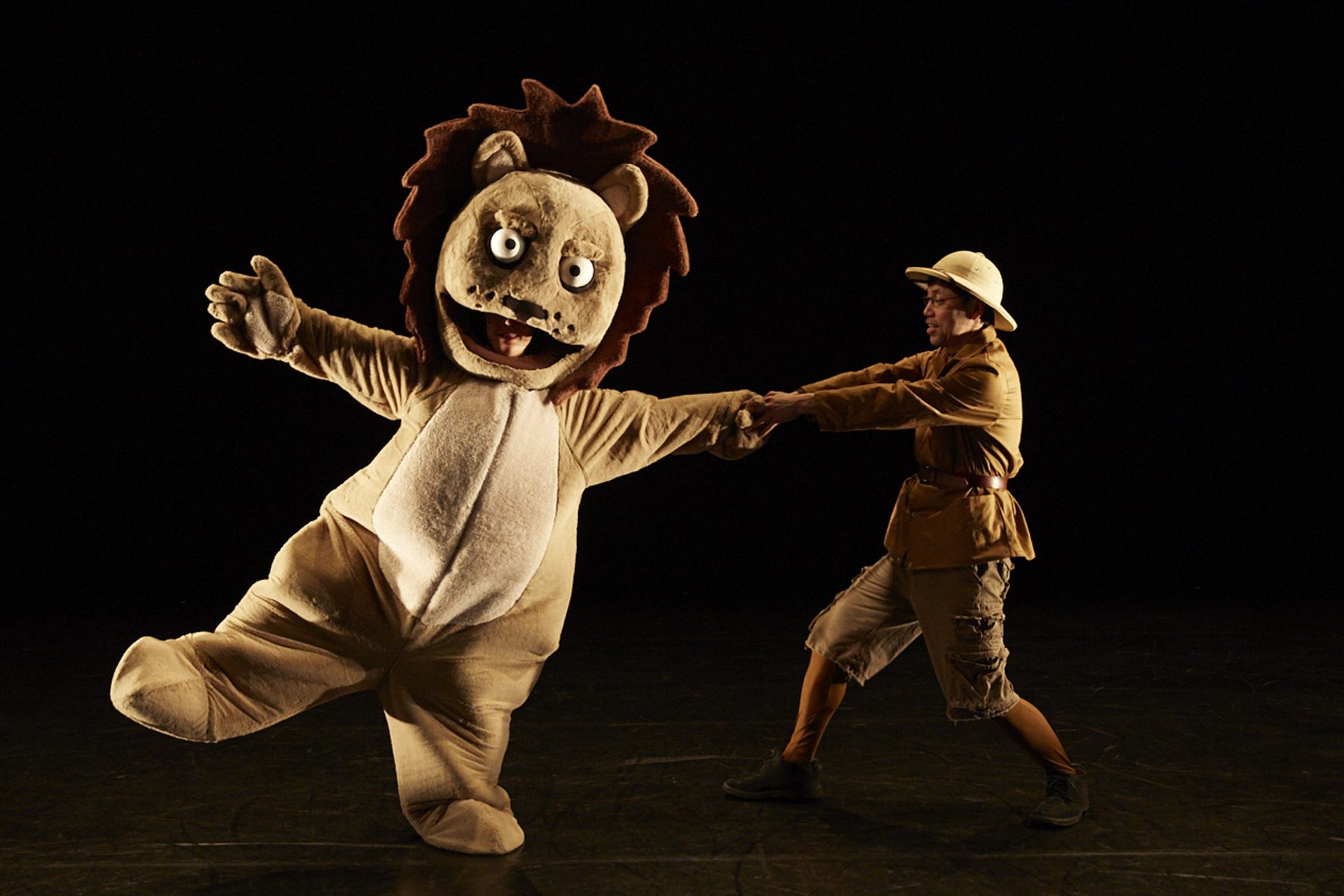 What if the food you have just eaten could talk to you? This is the jumping-off point for the likeable children’s play Eaten, which offers a gentle introduction to digestive tracts, food chains and farts.

Lionel McLion – a huge, cuddly-looking lion – is struggling to break free from his carnivorous impulses. Despite his attempts to turn vegetarian, he has in fact just eaten a human being called Mamoru. But when his last meal starts talking back to him, a strange friendship blossoms between Lionel and the contents of his stomach.

This surreal set-up initially offers some weird moments, as the recently consumed Mamoru teaches Lionel how to dance before he succumbs to the animal’s digestive juices. When nature takes its course (and we are privy to a surprisingly bold on-stage defecation), the production steps up a gear. From the king of the animal kingdom emerges Dr Poo, who welcomes us to ‘Pooniversity’. The prospect of extended toilet-talk causes the junior members of the audience to sit up and start paying attention to what the characters onstage have to say. It’s the ideal opportunity to sneak in the more educational aims of Eaten, though an audience Q&A on poo fails to really communicate much of the hows and whys of the digestive system and our bowel habits.

The play quickly settles back into the whimsical surrealism where it is most comfortable. Whilst never quite delivering on the educational promise of its set-up, the engaging performances of Mamoru Iriguchi and Suzi Cunningham maintain a lightness of touch as they enthusiastically rummage through the contents of Lionel’s stomach, making for an amusing afternoon at Eden Court.