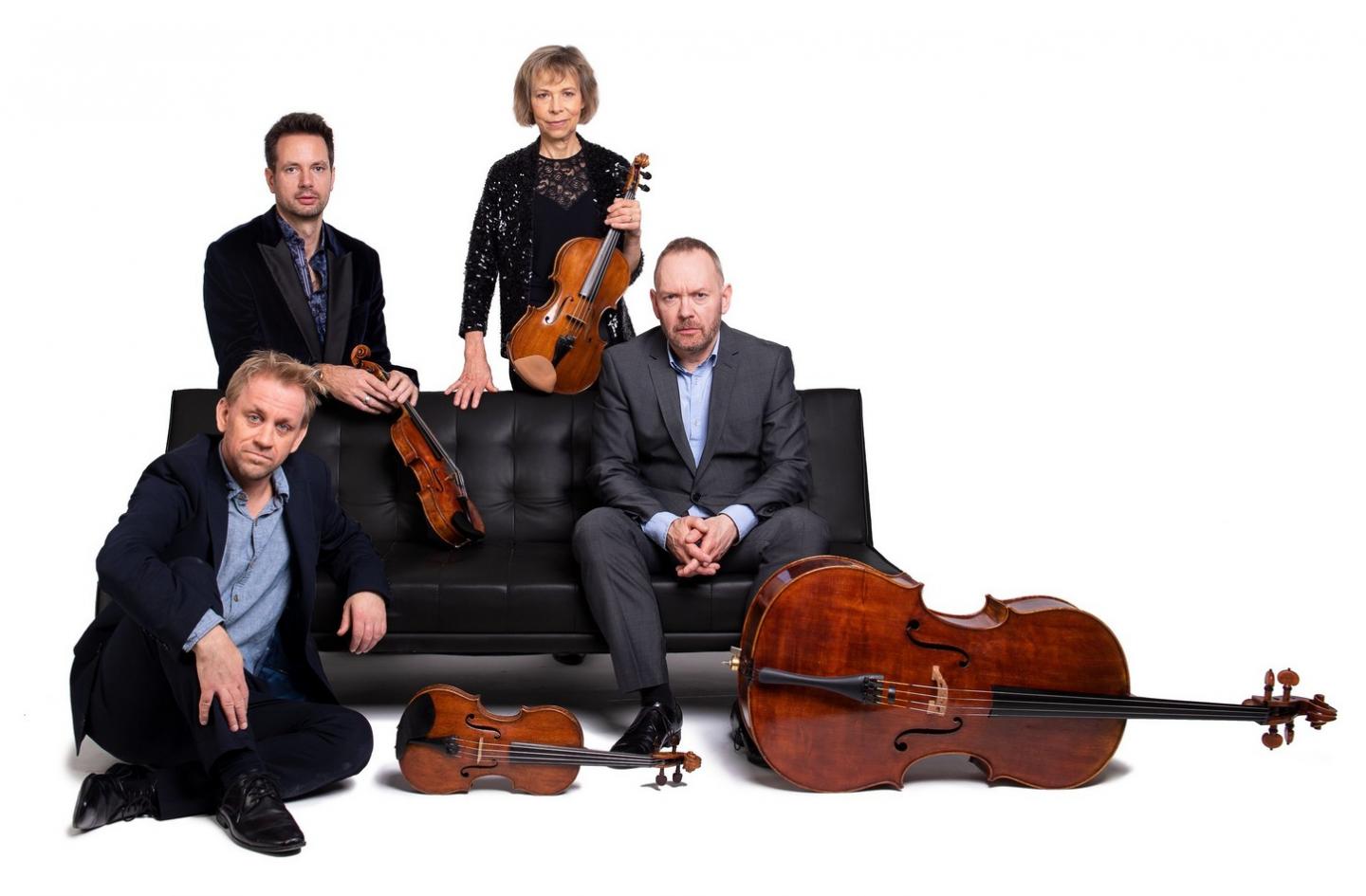 A Sunday afternoon of perfect strings.

The Edinburgh Quartet are Scotland’s finest string quartet, and indeed, in the past, were one of Britain’s finest. Their composition has changed considerably in recent years, but the current quartet is keeping up their high standards. The latest lineup is: Tijmen Huisingh on first violin, a very good Dutch violinist who joined the Quartet from the Royal Northern Sinfonia; viola player Catherine Marwood, who is a well-known musician in Scotland having been principal viola player of both the Scottish Chamber Orchestra and the Scottish  Ensemble, and is a member of the Hebrides Ensemble; second violin Tom Hankey, the newest member of the Quartet, is from Oxford, but has played a lot in Scotland with the Red Note Ensemble in Glasgow; and finally (and the longest serving member of the Quartet), cellist Mark Bailey, who has been with the Quartet for as long as anyone can remember, and is a very fine cellist.

The concert begins with the familiar notes of early Beethoven, his String Quartet Op. 18 No. 2, with its lovely opening phrase that is picked up and repeated throughout the first movement. The second movement begins with the first violin in almost operatic style, which is later picked up by the cello. The third movement is very reminiscent of Haydn, who was a major influence on Beethoven, and the final movement begins with a wonderful cello solo, which leads into a great, again almost operatic, conclusion. It is a delightful work, beautifully played by the Quartet. They may be relatively new together, but you can see from their glances and nods that they already work very much as an ensemble.

This is followed by a less well-known work by Polish composer Grażyna Bacewicz, who was born in Łódź in 1909, and died in Warsaw in 1969. She studied at the Warsaw Conservatoire and later in Paris, and as well as composing, became principal violinist of the Polish Radio Symphony Orchestra. Her String Quartet No. 4 was commissioned by the Polish Composers Union—a very important body in Communist Poland—in 1951. It is very melodic and uses quite a lot of folk melody from Poland within its three movements. It receives a warm welcome from the small but appreciative Sunday afternoon audience in the Queen’s Hall.

The final work, after the interval, is Brahms’s String Quartet No. 1, which was published in 1873. The opening movement is very intense and restless, subsiding into calm in the Adagio, before becoming restless again in the third movement, finally climaxing in the fourth movement. It is wonderfully played by the Quartet, and sends us all into the late afternoon uplifted: the Edinburgh Quartet are back, and they are very good!