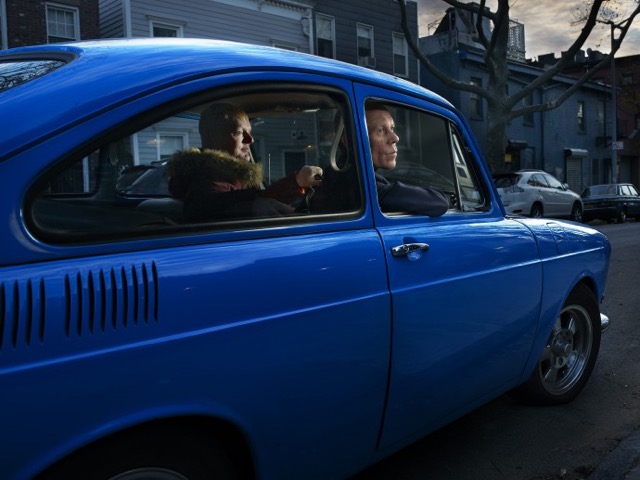 Synthpop duo Erasure return after three years with their seventeenth studio album – an impressive feat, testament to a loyal fanbase.

And within seconds of lead single and album opener, Love You to the Sky, we know this is an Erasure album. Military-march drumbeats are swiftly backed up by signature synths and Andy Bell’s distinctive voice, mirroring the triumphant album cover artwork of a ship’s figurehead bounding through surf. However, the song’s buoyancy doesn’t permeate most other cuts on the album. Second track Be Careful What You Wish For! takes us in a darker direction with ominous lyrics – “rumours grow from nothing like a whisper in the crowd” – echoing vocals and sinister production.

As well as inward-looking titular track World Be Gone and Take Me Out of Myself, a melancholic feel builds across the tracks, even on optimistically-titled Sweet Summer Loving. Most salient of the themes to emerge is political frustration, particularly via Oh What a World, Lousy Sum of Nothing and standout Still It’s Not Over. The latter is a powerful and defiant reminder of the AIDS crisis and ongoing struggles of the LGBT community, even now: “They turned on us and turned their backs and left us to a sheer attack… they held us all in very low esteem, we had to fight for our right, had to steal the scene.” But rather than a cry for pity, the song is a rally for justice, demanding at its choral climax: “The universe is big enough, and there’s room for the two of us.” Surely a reaction to the current political climate, particularly in the States where the band still tour successfully?

Closing the ten-track set, however, the band lift the atmosphere and end with the optimistic Just a Little Love. The 80s-reminiscent bop is a remedy to the gloomier reflections of previous cuts and its bouncy, simplistic melody and lyrics are catchy as hell.

Andy Bell and Vince Clarke know their market and existing fans will no doubt relish the familiar retro-pop synths and keyboards as well as the group’s ongoing touring presence – later this month they will headline a handful of dates before going on to support Robbie Williams on his European stadium tour later in the year. World Be Gone is perhaps unlikely to entice new followers, though, with few songs feeling noteworthy amongst the band’s extensive back-catalogue.