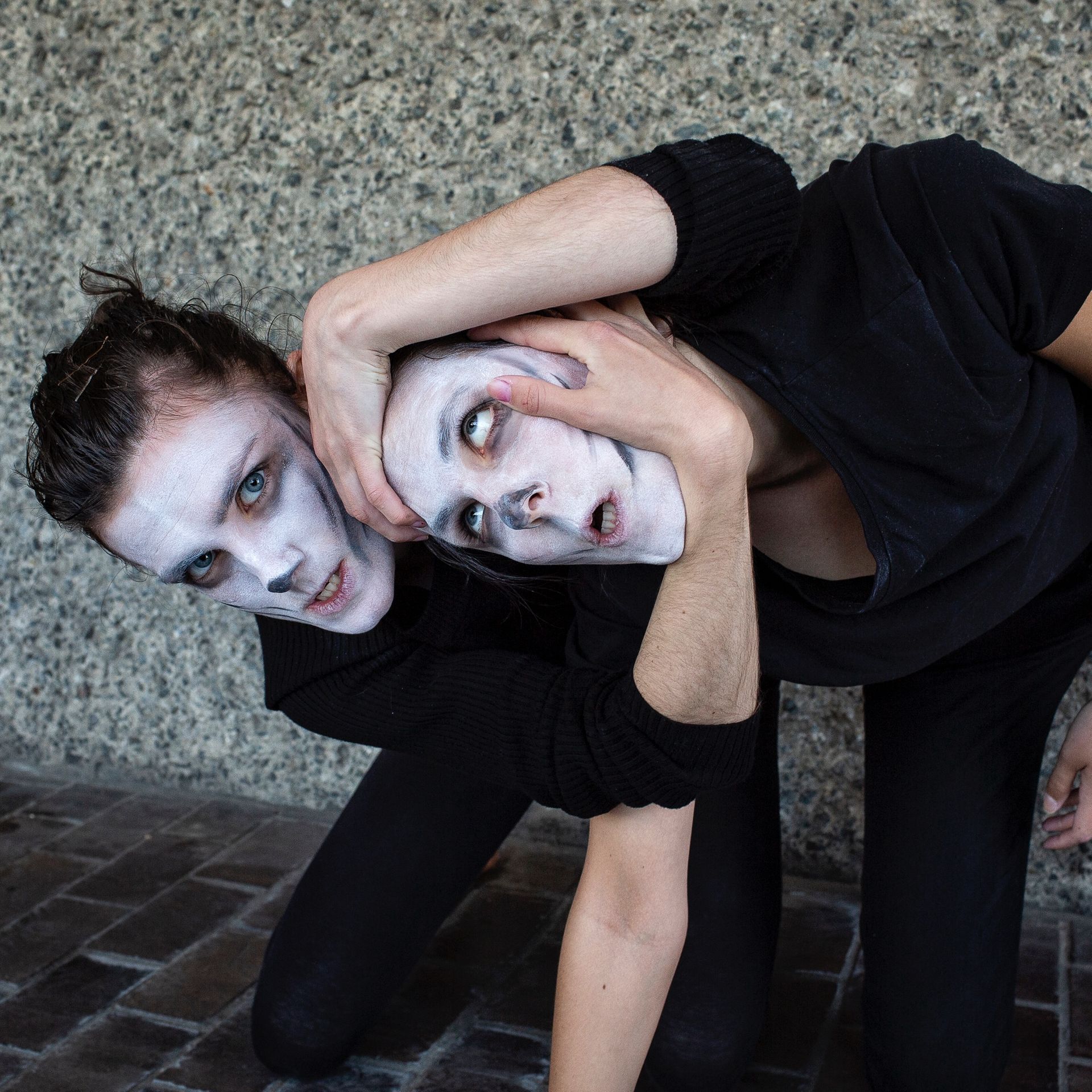 It could get marvellously silly, but a rapport never developed

Experiment Human features the Monkions, an alien species trying to learn about the people of Earth. To this end they have kidnapped famous actor Benedict Cumberbatch – who now lies comatose with his feet protruding from under the stage curtain.

The narrative features many phases of a grand experiment to learn about humans, what it means to be happy… and somehow to resurrect the prone Cumberbatch. The segments are linked to the theme – Happiness, Compliments for Cumberbatch, Love – or provide springboards to indulge in physical theatre or audience participation, through Magic and Rhythm.

There’s dramatic face make-up, strange modes of speech, and an oddness derived from clever movement and physical theatre. It’s clearly surreal and with audience participation it could get marvellously silly, but a rapport never developed on the day I was there. Thoughtfully there is a row set aside for those who don’t want to get involved – but they then threw questions at those people, and sang a song based on the guy literally sitting in the seat with the ‘No Audience Participation’ sign. You can build something clever around non-participants, but this wasn’t that thing.

There is a violinist improvising on stage, which makes for a great Pied-Piper-of-Hamelin opening bringing the audience through from the bar, and lends much to the atmosphere. But how do they fit in to the scenario? They aren’t Monkion, but are they another captured human? They should be more concerned what’s happened to the Cumberbatch if they are.

And that’s not the only way the show lacks coherence for an audience to grasp on to. The Monkions have lived isolated in an attic and initially struggle with human language, yet are fluent in a dizzying range of accents with lots of cultural references. Previously very expressive, they are suddenly only capable of two facial expressions.

What is frustrating is that there is clearly talent there, but it doesn’t come off. The show does appear heavily improvised, so maybe it will work another night. But on the other hand, perhaps some stronger scripted work would cover those moments when the audience isn’t giving them what they need.