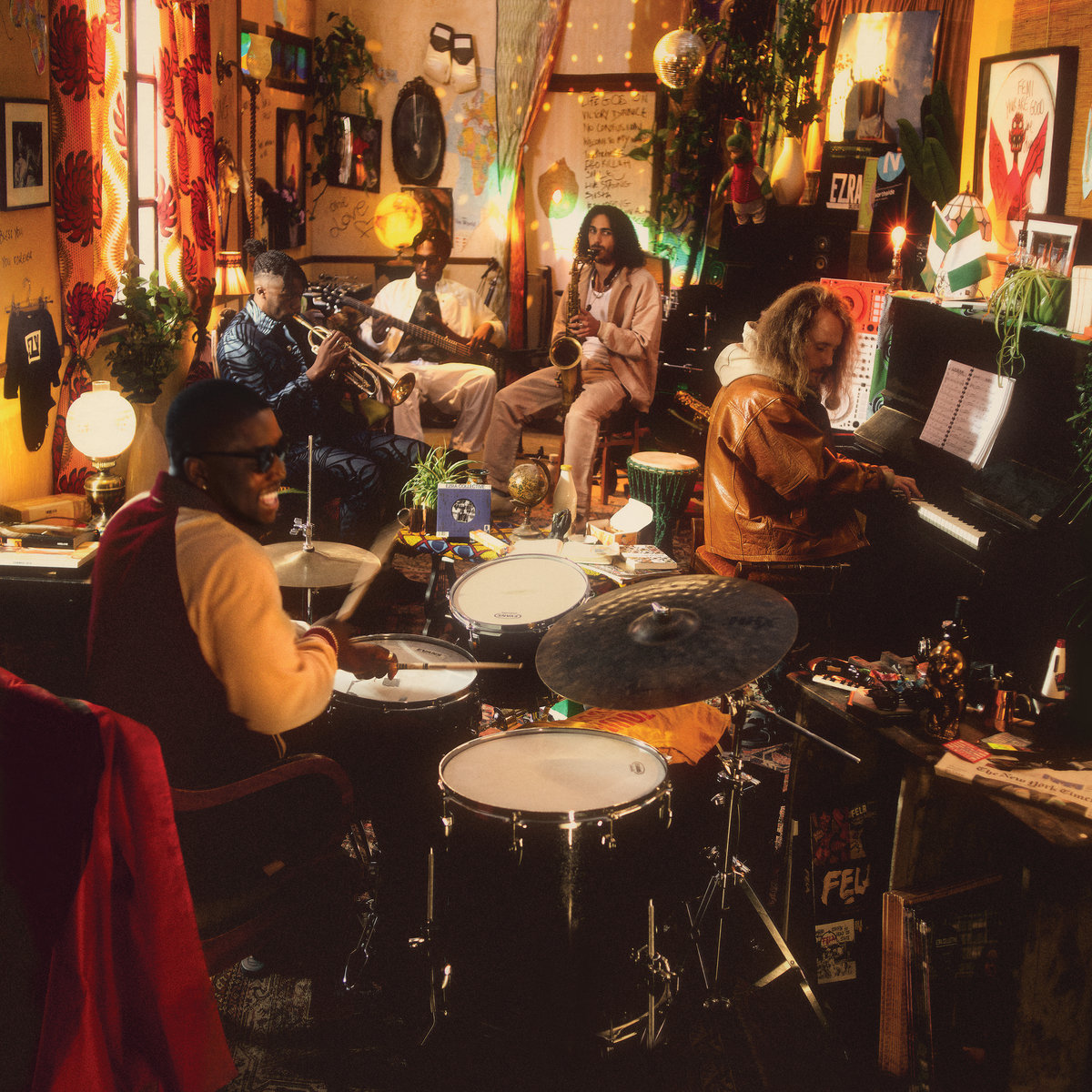 Ezra Collective
Where I'm Meant To Be

Even your resident Goth writer here – unlike Vince Noir – isn’t immune to the charms of Afro jazz band Ezra Collective. For the last four years, brilliant drummer Femi Koleoso’s outfit have rocked stages and festivals alike with their twinkly cocktail of influences. And like their fantastic debut You Can’t Steal My Joy, the positivity and beautiful playing just oozes from every corner. It’s impossible not to move to.

From the carnival vibes of opener Life Goes On, featuring cheeky and defiant vocals from Sampa The Great, to the seriously chunky Latin rhythms of Victory Dance and Siesta with Emeli Sande, the sound is even more expansive. Ife Ogunjobi’s trumpet and the tenor saxophone playing of James Mollison bring rich funky brass textures to the mix. There’s a reason that their live shows go off like a frog in a sock. It’s dynamite.

There’s a sense of euphoria as something revolutionary, of music as both panacea and force threaded throughout, especially as there are nods to artists like Marvin Gaye, Alice Coltrane and seventies era Stevie Wonder. Most explicit in that regard is the team up with rapper Kojey Radical on No Confusion, which asks for the individual to take back agency, to rise up against oppression and collective complacency.

Together even plays with dub and dancehall, referencing and paraphrasing Rylo Rodriguez’ much sampled Murder. Then, cascading pianos and Nao’s sultry vocals fuse the cosmic with the corporeal in Love In Outer Space.

Best of all is the way the songs build from soft to explosive. Songs don’t always go where they’re expected to. So in these days of unreliable Tory U-turns, the musical U-turns of Ezra Collective are something we can all get behind.