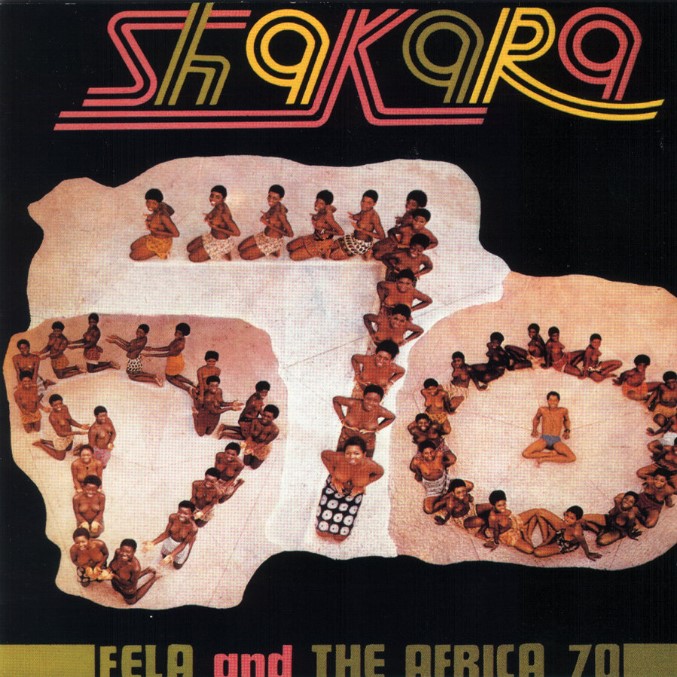 Still, today, the music endures, and with good reason

Taking on themes of colonisation, African autonomy and the dawning of the seventies, iconic singer, multi-instrumentalist and activist Fela Kuti and his music was really starting to spread globally in the early 70s. So this new re-issue of Shakara is a reminder of why and how it impacted in such a powerful way. The music was the message – Kuti was speaking out against rigged elections, coups and widespread corruption by the Nigerian government.

Sounding as fresh, vibrant and beautiful as when it first came out, Kuti’s influence can still be felt today, in artists like The Comet Is Coming, Bicep and Ezra Collective (the latter of whom have covered his music) and in the work of writer Adura Onashile, whose recent play Expensive Shit, adapted into a successful short film, was based around some of Kuti’s problematic attitudes towards women.

Still, today, the music endures, and with good reason. Clocking in at around 27 minutes, there are just two tracks here, Lady and Shakara (Oloje). These long tracks take their time to breathe – they are laid-back, extended jams, grooves with chunky brass and call-and-response between Kuti and his “Queens”, the glorious female backing vocalists. It’s at least halfway through each track before Kuti’s defiant, commanding vocals kick in.

This anthemic Afrobeat is impossible not to move to. The title track’s raw funk soul is intoxicating and hypnotic, with a little undercurrent of melancholy in Igo Chico’s langorous tenor saxophone breaks. It’s all anchored, of course, by the late great Tony Allen and his innovative, powerhouse drumming. Shakara remains absolutely peerless and essential.