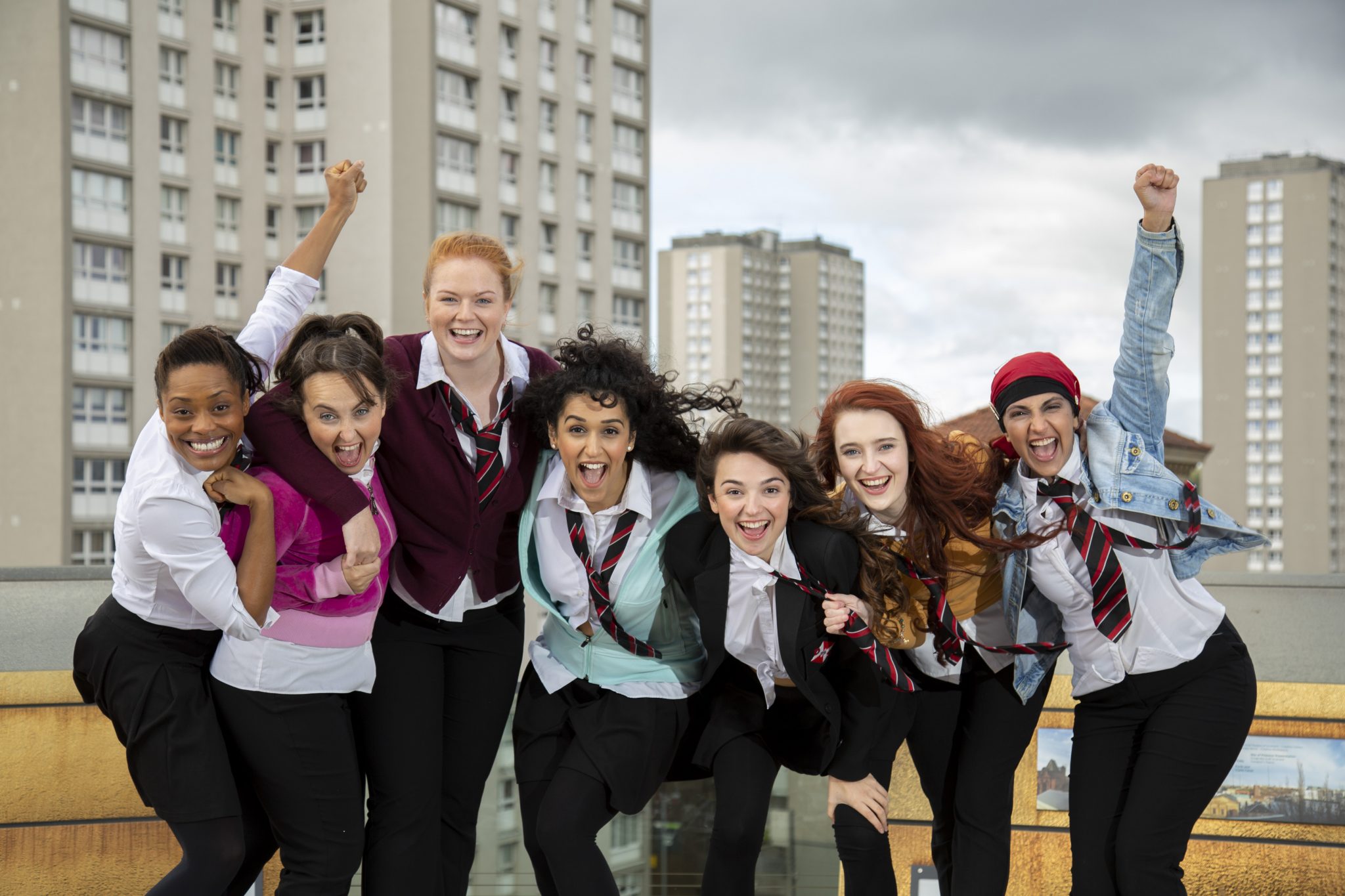 Many musicals attempt to capture the spirit and political climate of the time in which it is written. Often this comes with a heavy focus on the United States; there was Rent in the nineties, and arguably Avenue Q in the noughties. But what about Scotland? Well Glasgow Girls might just be the answer to that question.

Its return to the stage, albeit for a short period while it tours Scotland and Ireland, feels incredibly pertinent in the post-Brexit world; it arouses questions about refugees and immigration being commonplace, and the treatment of settled families like those of the Windrush generation making front-page news. As such, Glasgow Girls makes a powerful statement about human rights, especially for children, and the power of friendship. Most importantly, it is a celebration of the diversity and multicultural nature of the city, and indeed Scotland.

This is a theme which is apparent from the minute the audience enter the theatre, with different styles of music from around the world playing as the audience swiftly take their seats. This remains the case throughout the play with both the dance, choreographed by Natasha Gilmore, and music, co-composed by Director Cora Bissett alongside the Kielty Brothers and MCSoomT, excellently representing the different backgrounds of the girls. Together they serve as a testament to the huge cultural differences between the girls and the unity brought about by the shared goals and ideals.

The play itself is also incredibly sharp, maintaining a level of tongue-in-cheek humour that never falters and could only be brought about by a musical set in Glasgow. The cast frequently break the fourth-wall to make jabs at the current political climate and the very nature of stage-musicals like the one they are performing before you.

Much of the set and staging is stripped back and the cast is small yet delightful, with members often doubling up on minor ensemble roles. Yet all of this adds to the charm of Glasgow Girls, which makes for a highly enjoyable theatrical experience that superbly captures the underdog nature of the girls’ battle, and the place in which it is set. While the ending does feel rather abrupt, it is a testament in the entire production that one wishes it could go on longer. Moreover, it is a perfect reminder that the work of the Glasgow Girls, through charities such as the Scottish Refugee Council, continues to this day. Hopefully Glasgow Girls will continue to run and encourage the same level of unity and compassion displayed by the original girls.