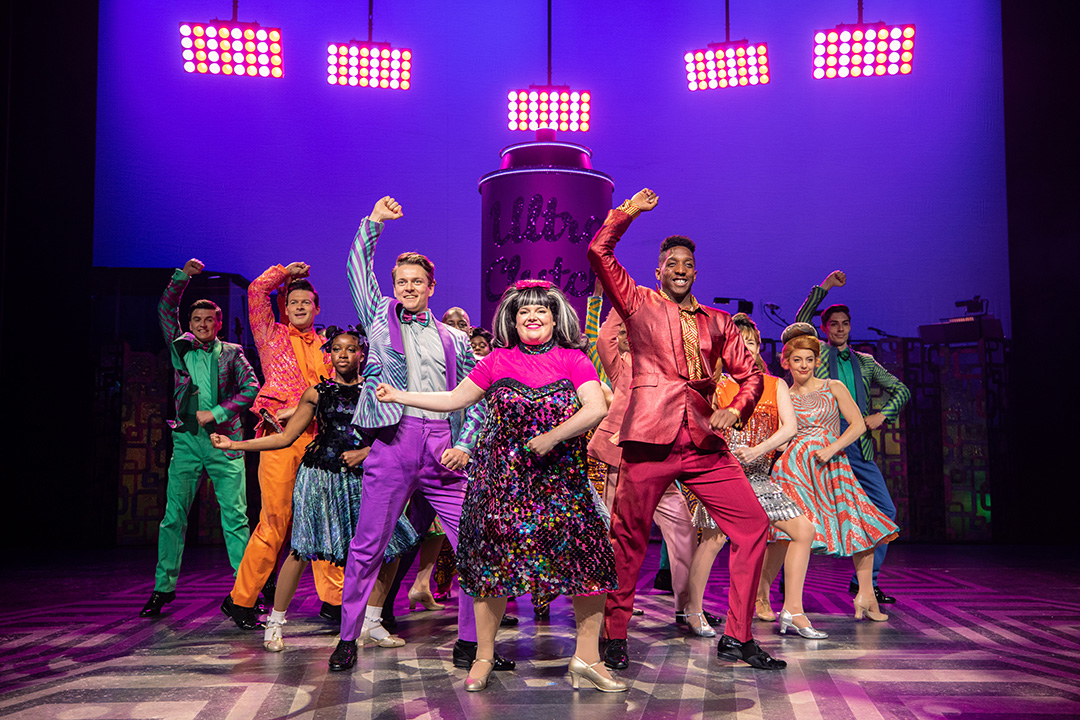 Big time musical entertains and educates with its infectious charm

Hairspray may be set in the sixties but it is every bit as relevant today with its endearing protagonist, Tracy Turnblad, challenging stereotypes and breaking down barriers.

Tracy has one dream – to get on the ‘Corny Collins Show’ where she can sing and dance and meet Baltimore heart-throb, Link Larkin (Ross Clifton). However, Tracy doesn’t conform to the standards set by the poisonous producer and former Miss Baltimore herself, Velma Von Tussle (Rebecca Thornhill), and once on the show she challenges not just society’s expectations of appearance but of race and equality as well.

It all sounds quite serious but the truth is the hit Broadway musical couldn’t be any more fun! Big hair, big voices, big dance numbers, and big laughs serve to make this a big time musical that just happens to have an edge and an important message to share at the same time.

There are some great performances to match; notably Bernadette Bangura stepping in as understudy to the part of Motormouth Maybelle and delivering a knock-out rendition of “I Know Where I’ve Been”. Katie Brace is perfectly cast as Tracy Turnblad in an impressive, assured debut stage musical performance and the comedic rapport between Tracy’s parents, Edna (Alex Bourne) and Wilbur (Norman Pace), are worthy of one of the loudest cheers of the night. However, it is Charlotte St Croix as Little Inez who steals the show every time she is on the stage – one of those special performers you just can’t help but watch.

In fact the whole show has an infectious charm – colour, lights, energy, and pizzazz abound – and it very much feels like a musical for all the family. This version has been adapted slightly from the original to make it more relevant for today’s audience but still packs a punch as both entertainment and education.

And, as the final song suggests, “You Can’t Stop the Beat”, even after leaving the theatre!