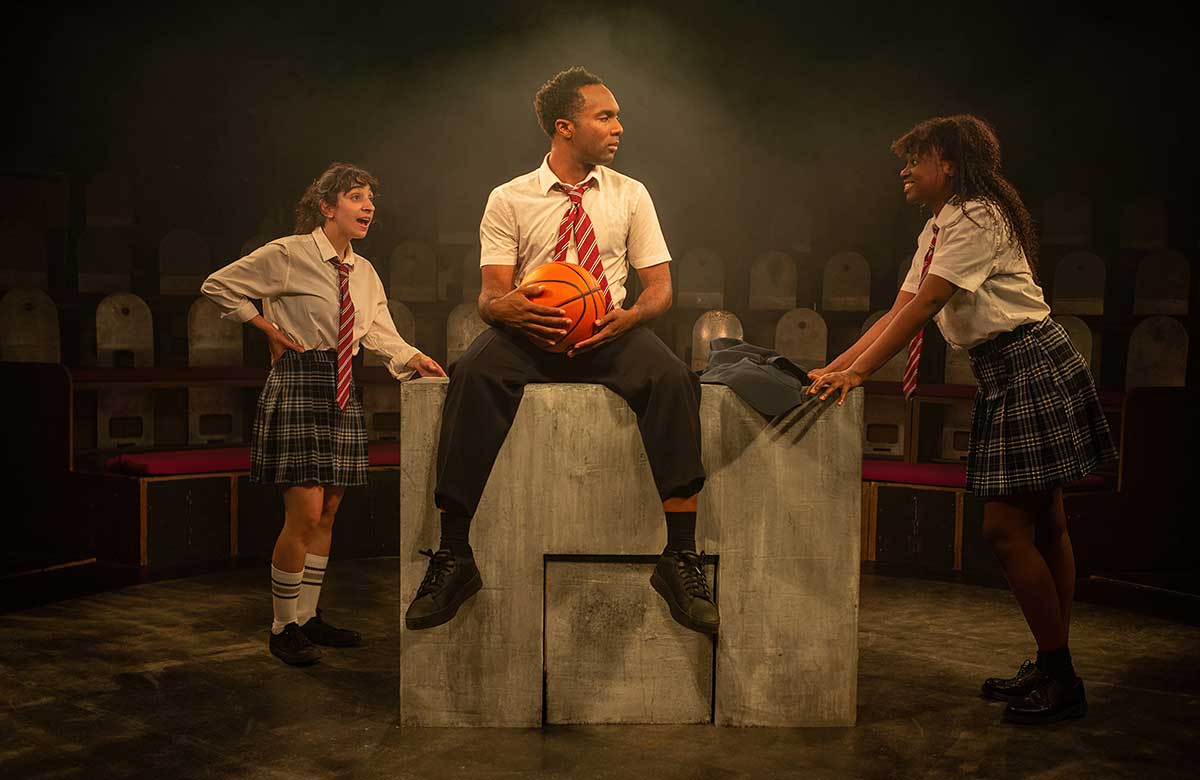 Lively drama about activism and ambition

Toye wants to get into a private school on a music scholarship. He practices piano whenever he can and intends to be a doctor. Then, bored of studying Martin Luther King, and wanting black British role models, he learns about figures from history who achieved great things and were unfairly forgotten. He’s so enthusiastic about his new knowledge that he wants to pass it on to the students at this current school, and with the help of his friends Asha and Remi, he starts a series of lunchtime lectures.

He has the zeal of a preacher, and all the idealism of youth, but it’s also a way of coping with the pressures of growing up. The dents in his enthusiasm come from his personal ambition being at odds with his activism. This internal conflict is externalised by having Remi focused on being head girl and her future plans to make money, and Asha arguing that they should widen the scope of their project to include her middle eastern background.

Their activism and its potential to change the country is taken very seriously but never worked out beyond their school. Their campaigning isn’t picked up by the press and a planned attention-grabbing protest doesn’t happen, so they never have to grabble with overwhelming opposition or rejection. Dipo Baruwa-Etti’s clever script allows naiveté to exist alongside complexity, which makes it a play that’s perfect for tweens and teenagers discovering who they are and developing confidence.

For adults, Toye’s father, played by Princess Khumalo and Sara Hazemi taking turns on a microphone, has the more relatable fate. With his terminal illness, he wants nothing more than to spend some time with his busy son. He’s an impetus for Toye to achieve more, he’s created a safety net if Toye doesn’t achieve more, and he’s also a memento mori; no matter what Toye achieves, he too will have to die. He’s an unsung hero, whose legacy will be with the people who knew him.

Toye, played by Samuel Tracy, is a sweet mix of huffy and gawky. The way Remi, played by Khumalo, and Asha, played by Hazemi, have huge affection for him, while constantly making fun of him, in ways he mostly doesn’t notice, is entirely believable. It’s an engaging, uplifting, coming of age story.