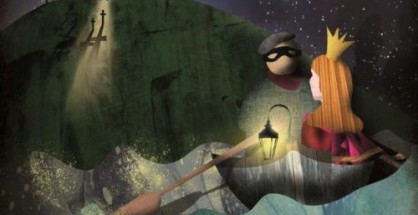 A performance that leaves one wanting to hear more!

Hans Gál was a Jewish refugee from Hitler’s fascism, who became an important part of Edinburgh’s music scene for many years as a member of the University’s Reid School of Music. He was a prolific composer, who had achieved a high reputation in Germany in the 1920s before he moved to Scotland.

Included among his many works were four operas, and the Song of the Night is his third one. Remarkably, it has never been staged in Britain before, but was recently performed in Germany to great acclaim. Listening to it tonight, one can understand why, as although it is slow to start, the music grows in both strength and melody, and compares very well to operas by Richard Strauss, whose music it most resembles.

The opera is staged by Edinburgh’s Hans Gál Society, which does an excellent job of keeping Gál’s music in front of the public both in Scotland and internationally, and they hope to collaborate on a recording of the opera next year. The opera is introduced tonight by Gál’s granddaughter, who speaks of its musical origins, but also of its psychological dimensions in the post-Freudian world of the 1920s.

The opera is superbly performed by the Orchestra of the Canongait, under the expert baton of Robert Dick, confirming the high musical standards of Edinburgh’s semi-professional orchestras. They are complemented by a very strong cast of principal singers and a good chorus.

Janet de Vigne sings the very tough role of Lianora the Crown Princess, is on stage for much of the opera’s three hours, and sings it very well. Emma Morwood sparkles vocally in the role of Hamone, the princess’s companion, and has the best frock of the night! Judy Brown is very impressive as the Abbess, and Mark Saberton (Tancred) and Luke Sinclair (Nameless singer) are equally impressive.

Tonight’s performance leaves one wanting to hear more, and wondering why the smaller opera festivals such as Buxton or Wexford haven’t staged Gál’s works before. Perhaps the projected recording of the Song of the Night will help propel Gál into a more prominent position amongst opera composers, as on the basis of tonight’s performance, he certainly deserves to be.