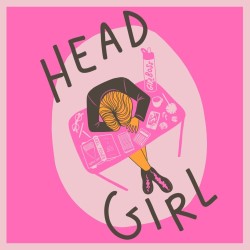 Sharp and comic with some great set pieces

Head Girl captures all the joy, intensity and passion of teenage girls, even if Becca seems a bit naive for a 17-year-old. The dialogue is sharp and comic with some great set pieces, particularly between Becca and best friend Lily, and the transitional montages are full of energy and move the action along with some great choices of music. The acting is lovely, Caitlin Fairlamb has the most wonderfully expressive face, used to full effect as the ultra-enthusiastic Becca, and Rowan Miller playing all the other parts smartly differentiates sister Sophie and the Teacher, and is particularly good as Lily. It would have been good to see one of her individual scenes earlier in the action, as they flesh the character out quite late on in the piece.

The story needs a little more jeopardy from Becca’s obsession. We don’t really see any damage that Becca does to her relationships, as her crises come from outside, rather than being down to her and her actions. Becca’s circle is generally supportive rather than being pushed away by her selfishness and, ultimately, Becca is just too nice. The play is making the point that having goals is great but you need to look after yourself too, but we still see Becca having fun and making time for her friend. It doesn’t leave enough room for crisis and redemption.

That said, Head Girl is great fun, and the time flies by in Becca’s company. There are echoes of Derry Girls. Think of Becca as a nice mash up of Erin and Claire, and as the algorithms say, if you liked that then you’ll definitely like this.