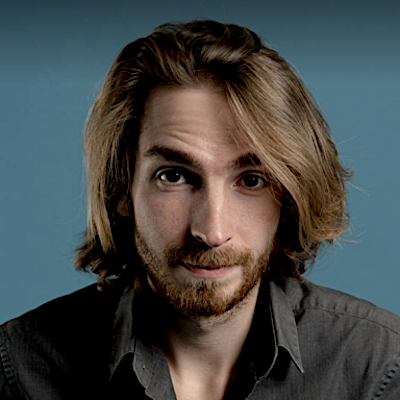 Perhaps the pace could be swifter

Opening in unusual but effective fashion, writer and performer Mike Lemme talks to the audience, informing us that what we are about to see is a comedy show, and that it’s good to laugh, even when the content might feel weighty. It’s a technique that forges a connection between us, breaking down any barrier between actor and audience, but that also encourages us to laugh and feel involved and comfortable immediately. He also offers us an unusual glimpse of the ending of the play, telling us the closing line in advance.

We then shift forward and are informed that we are now in Lemme’s Brooklyn apartment. Audio clips begin playing intermittently. At this point they convey voices through the walls in an adjoining bedroom – roommates having sex. At other points, the clips take the form of excerpts from conversations with a previous girlfriend. These form the basis for jokes that usually work while also building up the narrative – Lemme explains that in his past, he had been so focussed on a dream of being a professional comedian (specifically, selling out Carnegie Hall in New York), that he took the people in his life for granted and convinced himself of some false ideas about success along the way. All the while, he was working in marketing for a pharmaceutical company who he has renamed Yes-Co for the show.

Throughout, Lemme interacts with the audience and displays a gift for crowd-work, getting to know us, spinning our answers to questions to suit the direction of the show, and creating running jokes. In fact, it’s often these impromptu improv sections that work best, garnering the biggest laughs of the hour. Learning more about the audience also allows him to tailor some messages from the show to appeal to us and suit us best.

As the story of his search to reach Carnegie Hall unfolds, so do his epiphanies about career and purpose. He realises that just as Yes-Co lies in its marketing about pharmaceuticals, so too has he been ‘lied’ to about success in comedy. His Carnegie Hall mug is emblazoned with a slogan that is deceptive and Lemme calls out gatekeepers in all professions who block others from achieving goals and who fool us into thinking we’re not worthy of our dreams.

Some segments become a little muddled and perhaps the pace could be swifter. However, Lemme delivers thought-provoking ideas by the time the climax of Healing+ arrives and he is skilful in working with the audience to engage and entertain us.