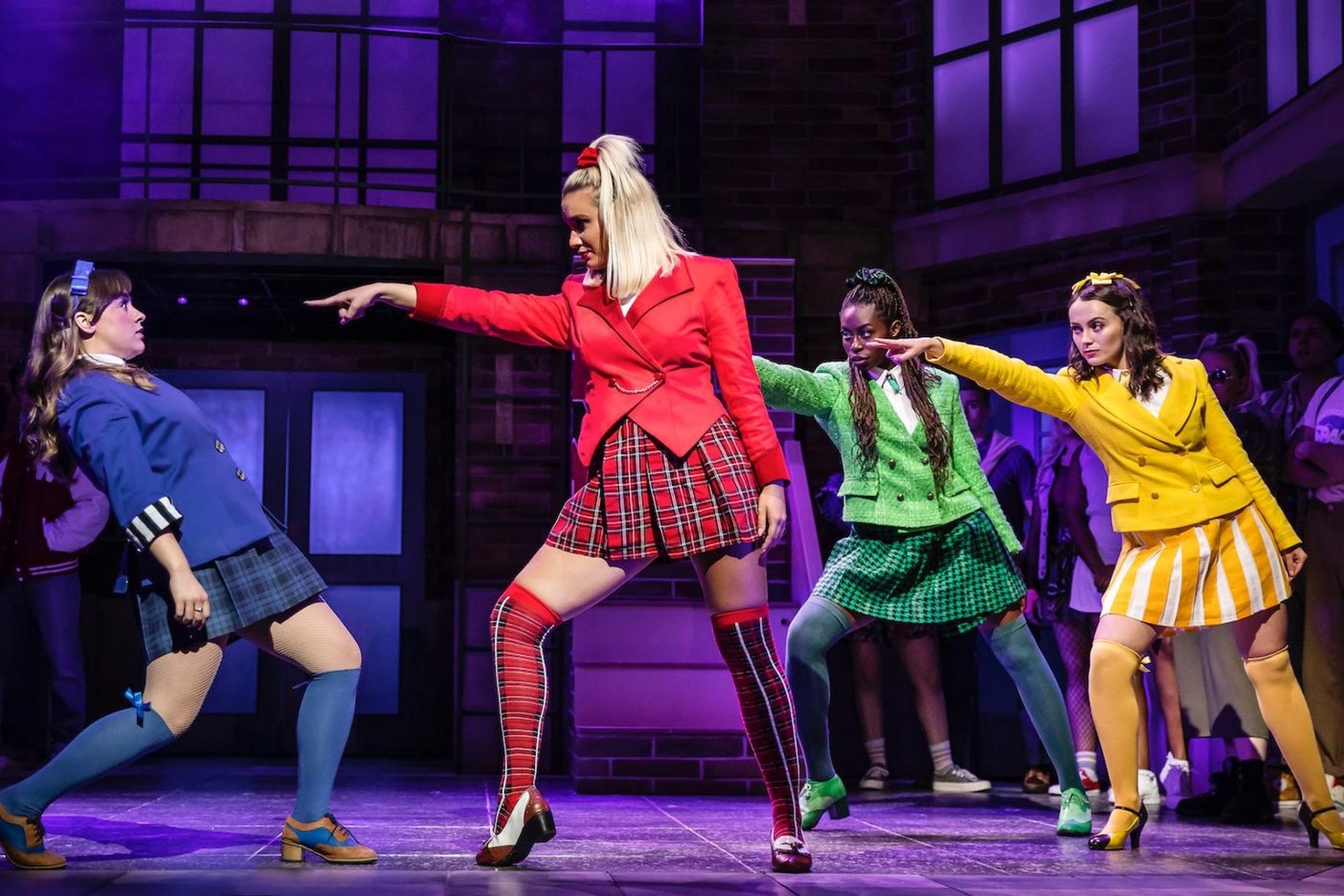 You’ve probably heard of the iconic 80s teen film Heathers. If you haven’t, here’s a primer: Veronica Sawyers, a self-described good person and student at Westerberg High, makes a Faustian deal with a group of three popular girls (all called Heather) to ensure she survives the year. After meeting – and falling for – aloof new boy J.D., things quickly spiral out of control, culminating in three murders and attempted arson.

It is obvious that many aspects of the film have not aged as well as its lead actress (its treatment of the LGBT community, for example, acts as a time capsule of just how terrible the 80s were for those living through it). However, the film’s key themes – in particular, discussions of teen disillusionment and violence – are unfortunately more prescient than ever.

So prescient, in fact, that the film was adapted into a musical in 2010, inducting a whole new generation into the world of staged suicides and shoulder pads. That too has received a cult following – and the moment the curtains rise, you understand why. The cast is Heathers’ most obvious asset; every performer manages to strike the delicate balance of remaining loyal to both the original film and musical while also putting a fresh, unique spin on their character.

Simon Gordon demonstrates an unnervingly vulnerable side to the otherwise-irredeemable J.D., while Rebecca Wickes brings nuance with her portrayal of a kind-hearted but misguided Veronica. The eponymous Heathers also delight with their mythic bitchiness, croquet mallets and all. In particular, Maddison Firth -playing the queen of mean Heather Chandler- manages to dominate the show despite her brief time on stage.

The show is packed full of catchy songs that are belted to perfection and accompanied by an excellent live band. Unfortunately, the audio mixing just doesn’t do it justice. Either the band is too loud or the performers’ mics are too quiet because otherwise-witty lyrics and asides get completely lost in the noise. When we can hear the cast however, their talent is striking; Seventeen, Lifeboat and Meant To Be Yours are especially powerful.

Apart from the audio issues, there remains the uncomfortable fact that the musical does not treat its sensitive subject matter with any more decorum or nuance than the original film did 30 years ago. The creative team are certainly aware of the problem – they’ve already replaced a song completely due to its problematic treatment of date rape – but that just raises the question of why they’ve chosen to keep in the homophobic slurs and flippant jokes about bulimia.

Putting that aside, Heathers is, for the most part, an enjoyable romp through 80s teenagedom aided by its superb cast. If nothing else, it guarantees that a whole new generation of kids will leave the theatre chanting: “Fuck me gently with a chainsaw!”.