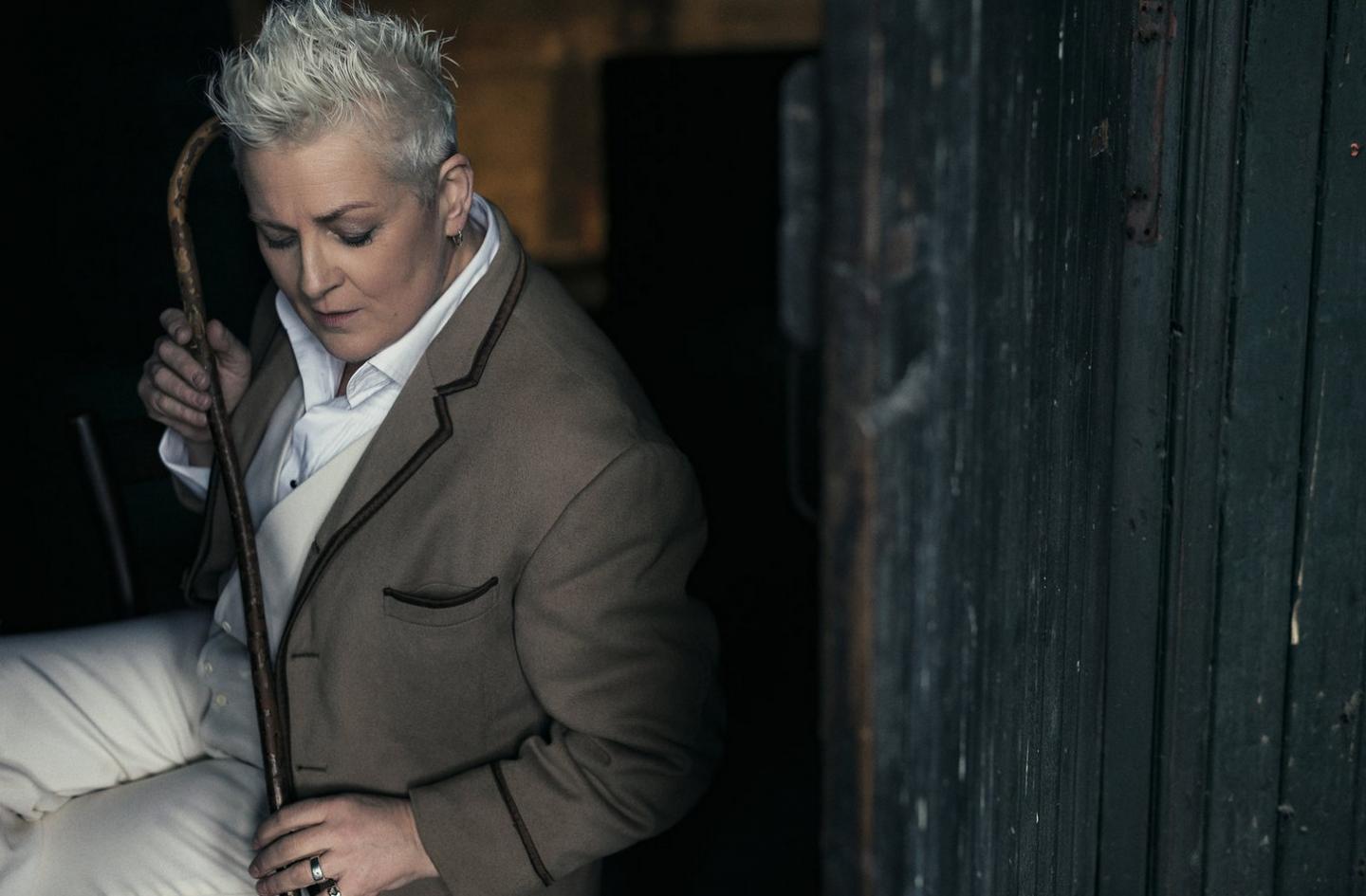 When Horse McDonald takes to the stage at Queen’s Hall a wall of noise erupts from the room to match the loud, glittery suit she is bedecked in. A number of core fans are in the audience bantering with the Scottish singer-songwriter regularly throughout.

Having opened proceedings with a slower start from recently crowned BBC Radio Scotland’s Scottish singer/songwriter of the year, Mike McKenzie, sitting alone at his piano, it is quite a contrast when Horse bursts onto the stage with her band and has people dancing and singing along all night long.

Horse is synonymous with belting tunes. Tonight is no different as she takes it back to where it all began with this 30th anniversary celebration of her debut album The Same Sky. Her voice rings out with a surely unrivalled clarity and she can hold a note for a quite unbelievable length of time. Where McDonald really sets herself apart though is her showmanship. She has a wonderful ability to engage her audience with a perfect mix of humour and emotive storytelling and regularly thanks her fans for allowing her to live out her dreams.

Although most of the tracks are sung to the backing of drums, keyboard and guitar, there is also a string trio who add a quieter elegance to this celebratory concert as Horse takes the opportunity to share the news that she will be re-releasing her single, Careful, with just this arrangement.

It is fitting that alongside this being a 30 year celebration of her album’s release, it is also her birthday. She may have been performing for as long as one of her guitarists has been alive but she has definitely still got ‘it’, her energy never waning in a two hour concert which ends with a high octane encore and a deserved standing ovation.