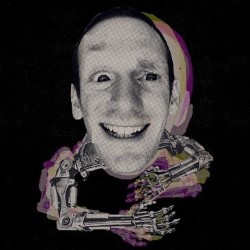 Jack Evans is not happy about work. But this isn’t in some generic standup where a guy complains about his job for an hour: no, Evans is determined to look a little deeper than that.

As a comedian, his skills are undeniable – he creates and then builds on running jokes throughout the whole show, while introducing new topics and weaving them in seamlessly. His one-liners are snappy and well-delivered, albeit often in such quick succession that the audience don’t have time to laugh at all of them.

Although the show is very political (Evans describes the show as a TED talk by a bolshevik), it’s not preachy. Evans walks us through his argument for why work as we know it as unsustainable, touching on all manner of relevant topics, from automation to slave labour. It’s a very well-constructed argument, and never loses its way – every anecdote links back to the overarching theme, even if it initially seems like a tangent. He raises salient, genuinely thought-provoking points in an entertaining manner, whilst rebutting counterarguments as he does so.

Evans also does a good job of balancing the debate, telling us to “hate the game, not the player”. He questions whether CEOs are really necessary, while simultaneously acknowledging that they’re just as trapped by the system as the rest of us. He backs up his arguments, too: he points out how high unemployment is in the UK, and how it’s only set to get worse. If our attitude towards work doesn’t change, he reasons, things will only get worse for the working class – and historically, an angry working class is not what the government wants.

Jack Evans has created an exploration into capitalism that isn’t just a cursory foray filled with buzzwords. He’s formulated a set of points that are both cohesive and humorous, for people on both sides of the debate – and maybe, through the power of communist puns, he might just change your mind.