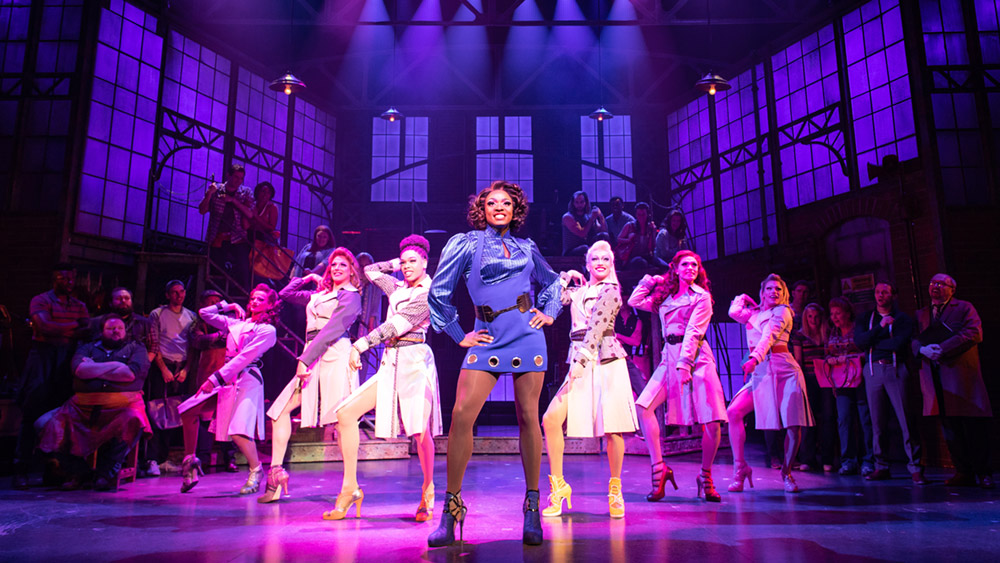 Broadway smash-hit makes its Glaswegian debut with a stellar cast.

For a stage musical, the story of a family-run Northampton shoe factory doesn’t necessarily scream critical success and box office queues. And yet, Kinky Boots is a show which delighted audiences in London’s West End for over three years and played over 2,500 performances on Broadway – and is now making its way across the UK. Based on the 2005 film of the same name, which gave Chiwetel Ejiofor one of his first major roles, this production is also providing a similar platform for some talented actors hoping to make their way up the showbiz ladder.

Kinky Boots tells the story of a how a chance meeting between Charlie, a young man forced to take over the running of his father’s shoe factory, and Lola, a dynamic London drag-queen, leads to an almighty moment of business genius. The cast, lead magnificently by Joel Harper-Jackson and Kayi Ushe, make their way through a dozen or so musical numbers, crafted by Cyndi Lauper. Most notably “Sex is in the Heel” and “Everybody Say Yeah”; both come with impressive dance choreography lead by Lola’s Angels; her drag-queen posse who high-kick and strut from the first beat. The joy contained within this show is truly infectious. A comic piece at heart, the jokes and gags are delivered in mighty fine style by this talented ensemble.

However, it’s not all glittery boots and musical delights. Lola’s welcome to the Midlands isn’t a warm one. Surprisingly, a boxing match proves to be a turning point. A brilliant sequence where Lola and backwards-thinking Don, played with hard-man brilliance by Demitri Lampra, set each other very different challenges really highlights the wit and poignancy in Harvey Fierstein’s book and Jerry Mitchell’s original direction.

It would be naive to think that this show is just about footwear. It’s ultimately a story of acceptance told through a very modern bromance. With a finale that got even the most reserved audience member off their seat, this story of passion, drive and friendship is beautiful. The ultimate story of being who you want to be, it’ll “Raise You Up” indefinitely.