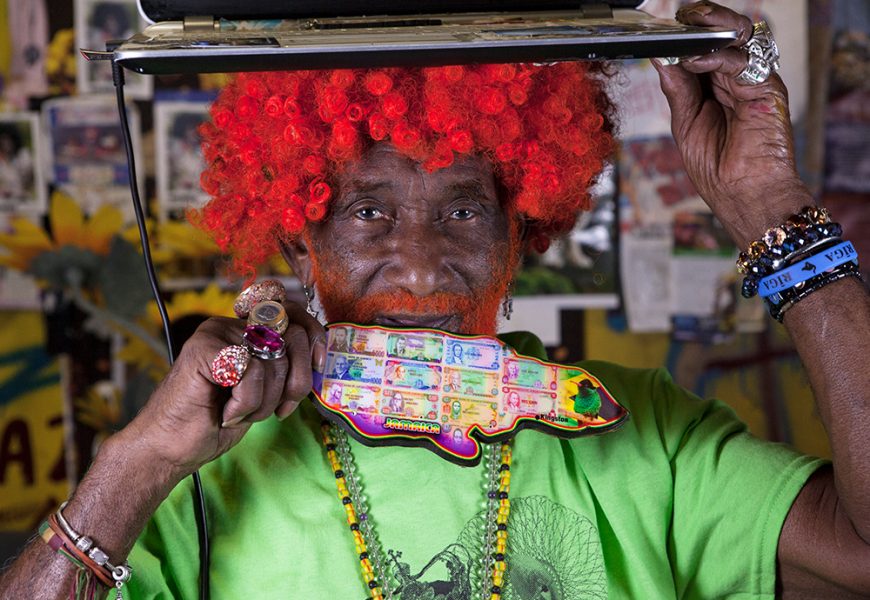 Incomparable in his contribution to reggae

There’s only a few musicians on the planet who can begin their set by boldly declaring ‘I am your God’, and for it to be actuality rather than egotistical codswallop. The full house in Aberdeen certainly agree with this statement, who are here to see reggae pioneer Lee “Scratch” Perry in all his colourful glory.

The almost 81 year old Jamaican is incomparable in his contribution to dub and reggae over a 60-something year career, and renowned as an innovative producer of the best of the best including Bob Marley, Junior Murvin, The Clash and the Beastie Boys.

Perry’s presence on stage is uniquely his own, decked out in a mash of jewels and reggae paraphernalia. You would be hard matched to find another 81 year old with as much style as this. He shuffles back and forth across the stage, while his full band play a selection of gems from an incredible back catalogue. His vocal delivery is delightfully free-form, to say the least.

Disco Devil understandably receives a huge reaction, while a selection of Upsetters classics and Bob Marley & The Wailer’s Sun is Shining is also gratefully received. The original version of the latter track was produced by Perry himself in 1971, confirming his reggae pedigree.

Throughout the set Perry continues to declare his gospel to the congregation, proclaiming ‘ganja is the healer’ and asking us to make the decision between ‘negativity or perfection’, set to a backdrop of reverb and delay.

Mid-song Perry lights up a joint, leaving the straight-laced security staff scratching their heads about what to do. Better to leave him to smoke in peace, than face the wrath of Perry’s faithful followers. When Perry and the band finally leave the stage, the security staff seem to have found a way to stamp their authority, denying Perry an encore.